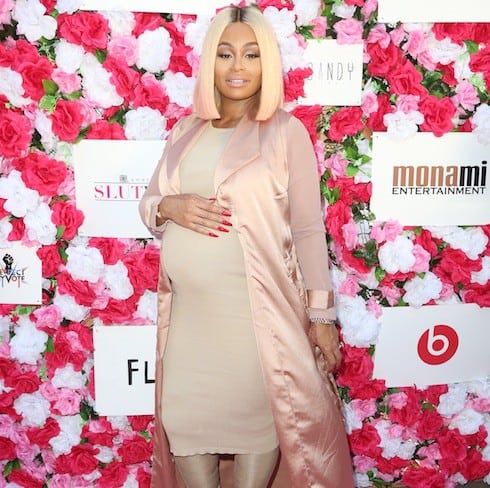 The Blac Chyna due date has been officially revealed–but the chief concern among her millions of followers is whether she and fiancé Rob Kardashian will still be together when their child arrives. Blac broke the news about her due date in a social media post shortly after numerous reports alleging that Rob is MIA emerged, which in turn led to further speculation among fans (and detractors). She and Rob have already been dealing with the fallout from a report, shared just a few days ago, that they’re living in separate homes despite going in together on a Hollywood Hills mansion earlier this year. If that rumor weren’t enough by itself, Blac Chyna’s mom, Tokyo Toni, claimed just a few weeks ago that Rob and Chyna have actually been broken up for weeks, but have to go through with their marriage due to their reality show contracts with Kardashian home network E!.

So–with that in mind, Blac’s little bundle of joy will be here in about four more weeks: 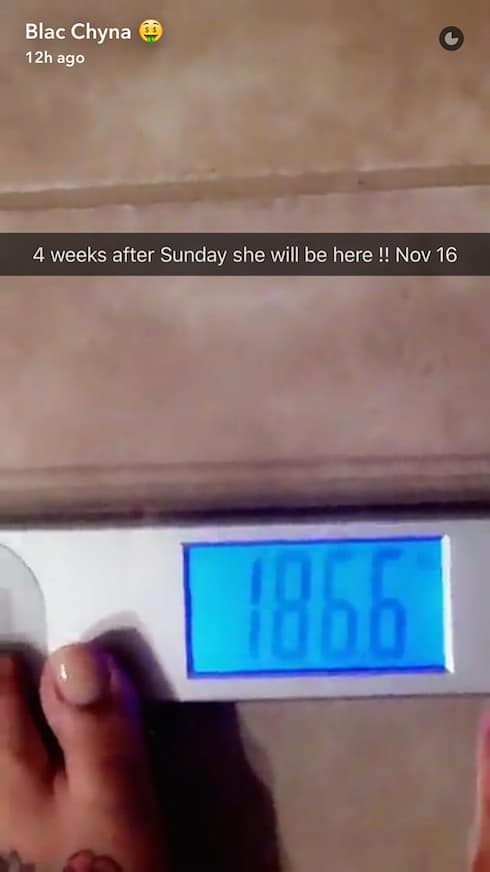 At different points over the course of their months-long relationship, Blac and Rob have dealt with numerous allegations about the father of Blac’s baby: specifically, that it’s someone other than Rob. And capping the whole gossip show off is the now-widespread belief that the pair only got together in the first place to secure the very contracts to which they’re now shackled. (Which rumor in turn begs the question: Would you agree to Rob & Chyna’s terms for the $2 million they allegedly received?)

Earlier this week, almost in response to the flood of rumors about the state of their relationship, Rob himself shared this (possibly very) telling photo on Instagram: 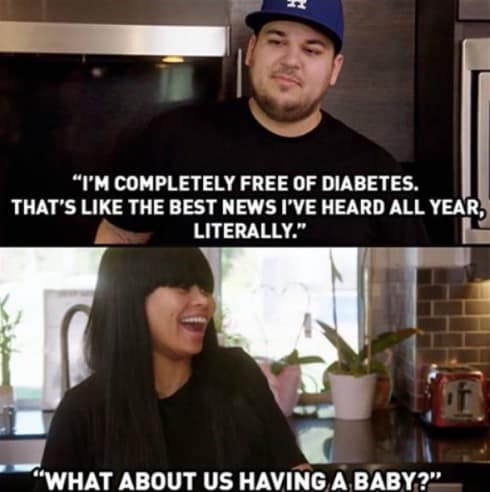 Rob & Chyna continues to air Sunday nights at 9 on E!.