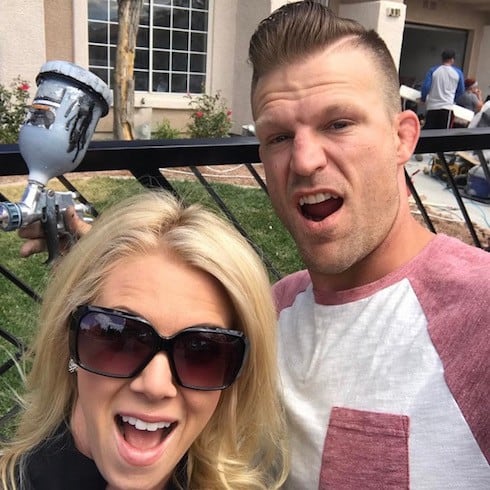 HGTV is trying to broaden the appeal of what’s already one of its most popular shows by green-lighting five Flip or Flop spinoffs. The first, Flip or Flop Vegas, starring former MMA fighter and real-life Batman Bristol Marunde, debuted earlier this spring–and was originally billed as the replacement for the original Flip or Flop, which was believed to have been canceled by the network due to Tarek and Christina El Moussa’s divorce and (very) public feuding.

However, since Flip or Flop Vegas‘ debut, Tarek and Christina decided that they would stick together in a strictly business partnership, and HGTV reversed its earlier decision to cancel their show outright. But the network appears to have avoided making an official statement about the status of the show, and their non-decision decision has fans wondering: did Flip or Flop Vegas replace Flip or Flop?

It seems that the answer is “No”–and it also seems that, despite Tarek and Christina’s pseudo-reconciliation, HGTV will continue with its plan to expand the Flip or Flop empire. (It also-also seems that the expansion is at least partly a hedge against any future falling out the El Moussas might have.) In fact, Tarek and Christina’s recently announced that Flip or Flop has already begun filming its new season:

Who's ready!!!!! This is a day one shoot of our new season of Flip or Flop and we are excited to make a great tv show for all our fans!! So… what do you think of our crew!!?????

In related news from their personal lives, Tarek recently took a subtle and well-placed shot at himself in wishing Christina a belated happy Mother’s Day…

I'm a day late and a dollar short… but… I want to wish Christina a happy Mother's Day Tay and Bray love her to the moon and back!

…while Christina celebrated by getting her kids’ birthdays tattooed on her arm:

Been wanting this for a long time … no time like the present. #taylorreese #braydenjames ❤️

Flip or Flop Vegas Season 1 continues Thursday nights at 9 on HGTV. The original Flip or Flop is expected to debut its new season later this year.