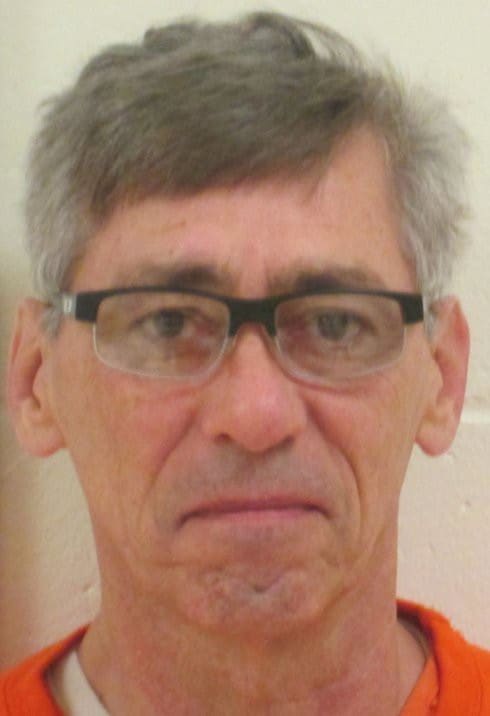 Dateline‘s latest episode considers the peculiar and disturbing case of Gregory Owens, an outwardly mild-mannered ex-Army sharpshooter, and of a visit Gregory’s wife Rachel paid to some friends in a neighboring state one night just before Christmas in 2014.

The basic facts of the case are these. Gregory and Rachel Owens settled in Londonderry NH follwing his 24-year military career came to a close. On December 17, 2014, Rachel, then 53, traveled from Londonderry to Saco, a small town in Maine, to visit Steven and Carol Chabot. She’d been suffering from early onset dementia, and Carol had “decided to take her out and cheer her up.” Then, the three watched television together, before retiring to their bedrooms.

Around 3 AM on December 18th, a ski masked intruder broke into the Chabots’ home and shot Rachel three times–in the leg, torso, and chest–and Steven three times, all in the torso, during a struggle in the upstairs hallway. (Before we go any further, we should state that Rachel and Steven both survived.)

Because the break-in had none of the characteristics of a buglary, authorities were immediately suspicious that the intruder had come not to steal, but to kill. And it wasn’t long before their suspicions found a target: 56-year-old Gregory, who investigators learned had “killed people in the military” and who had “several firearms in [Londonderry] that he would show off after consuming alcohol.” A telling clue came in the form of some 27-year-old 9mm ammunition that Gregory had at home in New Hampshire–which was an exact match for the shell casings left behind at the scene of the crime in Maine.

Further investigation revealed that Gregory, who was the CEO of a company called Target Acquired Technologies at the time, had asked the company’s owner to “help him with an alibi” by telling police “that he was conversing over Sky with Owens at the time of the shootings.” Instead, the owner called the police. By mid-January, Gregory Owens was formally charged with attempted murder. But his motivation was only beginning to emerge.

Though Gregory “feigned a heart attack when he was told that his wife was shot,” friends of the couple said that he had “began calling upon [them] to relieve him of his care for Rachel” when her dementia worsened. And their 35-year marriage had been punctured by an affair Gregory was having with a woman in Oshkosh, Wisconsin. Two weeks before the shooting, the mistress had threatened to expose the affair to Rachel.

That mistress, Betsy Wandtke, testified during Gregory Owens’ trial–and the story she shared only heightened the absurdity of Gregory’s lies. According to Betsy, the former US Army sergeant major told her “he was on a secret rescue mission as a military contractor in Pakistan when his wife was shot.” But that wasn’t the only time he had used the excuse. Betsy testified that Gregory had regularly fabricated secret overseas missions. He was often abroad. And, as it turned out, the times he said he was away corroborated exactly with the times he was back home with his wife–who Betsy hadn’t even known existed until two weeks before the shooting, when Gregory accidentally blew his cover by calling her “while ordering fast food with his wife even though he’d claimed to be in Afghanistan preparing for the Pakistan mission.”

Rachel Owens said much the same thing. Her husband had told her he was overseas on top-secret missions when in it turned out he’d been in Wisconsin with Betsy. Prosecutors leaned heavily on Betsy’s threat to expose the affair as the reason Gregory decided he had to kill his wife. And Rachel–who had to raise her left hand to swear before testifying, since the bullet lodged in her brain had impaired her motor skills–made a strong impression all by herself.

The jury was convinced: Gregory Owens’ made a “snap decision” to kill his wife, and was guilty of both domestic violence and firearms charges related to the shooting. They reached their decision in February of 2016. By July, the judge in Gregory’s trial decided on a life sentence. Though the verdict was hardly celebrated, Gregory’s family said they felt justice had been done, even if it was bittersweet.

“I think he deserves it very much for what he’s done,” Wayne Owens, Gregory and Rachel’s son, told Manchester NH’s WMUR. “Words can’t really express how I feel right now just because I’m happy. But I’m sad at the same time.”

As for Rachel, her thoughts were understandably on the life-changing injuries she’d suffered. “I have a bullet in the back of my head,” she said. “He shot me. And that was my sentence, and I think he wanted to kill me, and that was it.”

If you’re interested in learning about the intricacies of the case, here’s the 39-page ruling against Gregory Owens’ motion to dismiss the charges against him. It’s a thorough explanation of the events of December 17-18, and as strong a legal clapback as you’re ever going to read in the bargain.