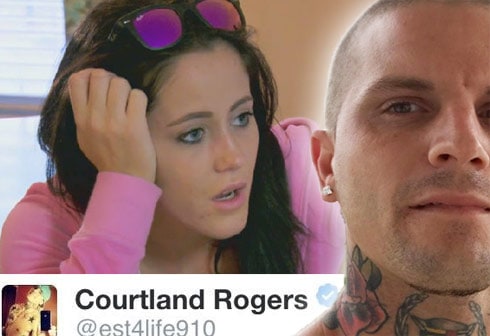 Like breadsticks at Olive Garden, Courtland Rogers’ love for Jenelle Evans is unlimited.

Courtland took a break from extolling the virtues of his new sober life to tweet out just how much his famous ex-wife still means to him. He later deleted the soliloquies of adoration from his verified account but it’s the internet so that didn’t really matter of course…

The ex-convict and former cellmate of Jenelle’s current fiance David Eason also wrote, “I MISS JENELLE LAUREN EVANS SO MUCH THO .. no matter what has happened in the past…ughhh I have to sleep…goodnight.”

A few thoughts on this:

–> I was skeptical at first, figuring that it was an attempt to get attention and promote something but that doesn’t appear to be the case.

–> Then when he went silent I became concerned that Rogers, who has a well documented history with drug abuse, had a relapse and was in a super bad place. He did later tweet a link to a legitimate site that helps with recovery writing, “check out wehaverecovered.com you might learn somthing!” so I’m hoping he’s alright.

–> This is another example of how Teen Mom often reflects real life. I mean most of us have had someone we’ve had a hard time getting over and vice versa.

–> We’re a little jealous that a reemerged Rogers has been verified by Twitter while Starcasm still hasn’t! 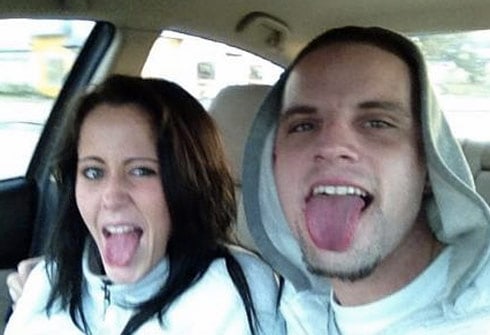 Jenelle and Courtland wed on December 4, 2012 and were legally divorced in June of 2014 after having to wait out legal separartion formalities in North Carolina.

And for all you TM newcomers, here’s what that OG Olive Garden joke is all about 😉