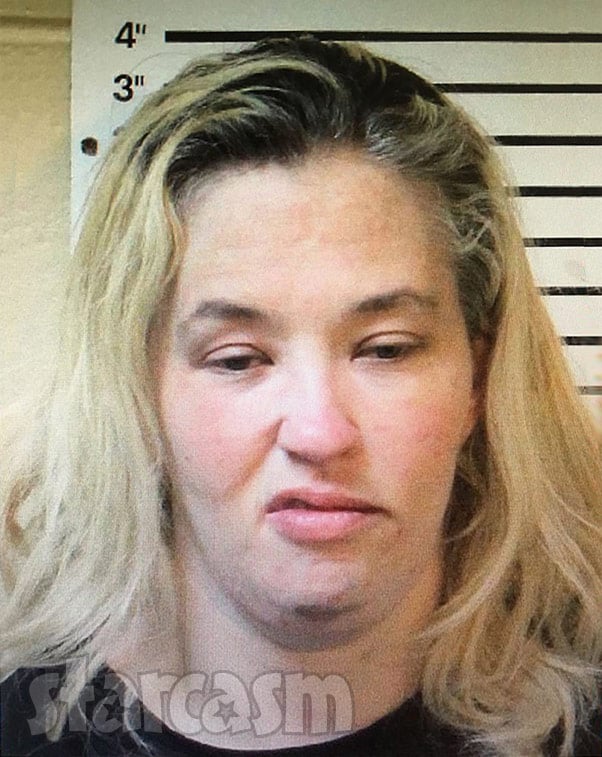 The Macon County Sheriff’s Department finally released Mama June’s snarling booking photo (above), as well her boyfriend Geno Doak’s mug shot photo (below). Unfortunately, the quality of the various versions of the mug shot photo released to the media are quite questionable.

There are black-and-white versions that look to have been created using a copy machine from the 1980s. Meanwhile, the color versions of the couple’s mug shot photos appear to be photos of a computer screen on which the images were displayed. As a result, the full color versions are a bit distorted due to the awkward perspective caused by the camera angle. (You can tell that Mama June’s forehead is way too large, for example.) I have attempted to correct those abnormalities in the Mama June mug shot photo above. I did not feel motivated to put the same amount of time and effort into correcting Geno’s picture. Here are both of the originals: 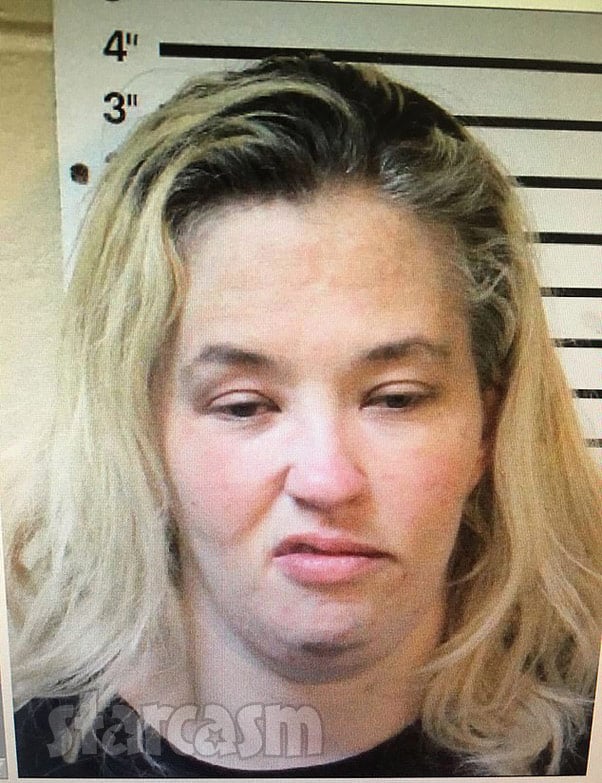 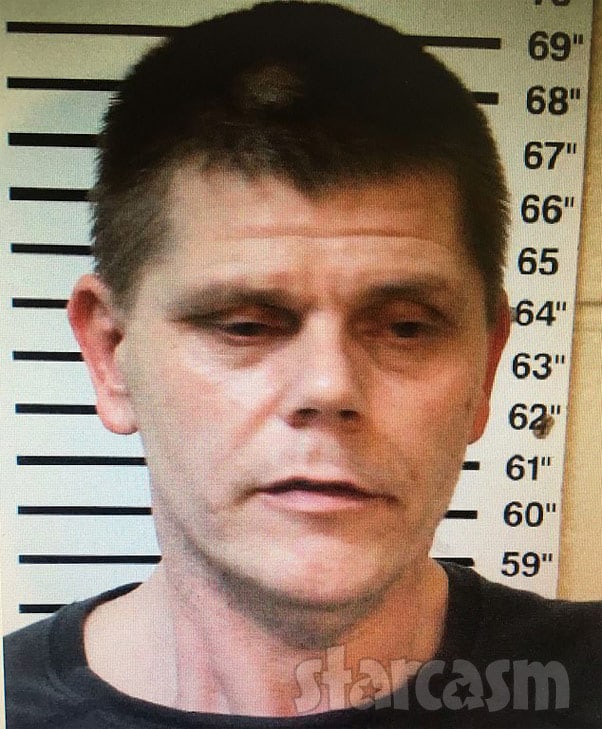 In addition to the photos, we also have some more information about the arrests thanks to Macon County Sheriff Andre Brunson, who held a press conference earlier today.

He reveals that Mama June bonded out the same day of her arrest. They were required to hold Geno Doak for 24 hours because of the domestic violence charge, so he didn’t bond out until the following day. Brunson says there is no court date scheduled for either yet.

My officers responded. They had made it down to a Sunoco down in Franklin, which is in Macon County…They stopped at the Sunoco, and I guess the domestic continued there.

When my officers arrived, Mr. Doak was sitting in the back seat of the car and Miss Shannon, Mama June, was sitting in the front passenger side of the car. As officers approached the car, they noticed some paraphernalia up front on the floorboard of the truck. They asked them to get out and they searched the vehicle where they found some drug paraphernalia and some other drugs in the car.

The controlled substance, which Mama June reportedly told the arresting officers was crack, has been sent to the lab for analysis.

Brunson says that there were no visible injuries to either Mama June or Geno. He also says that the two were were acting “loving” and “real funny” when they were at the jail. “But out there, they did have a domestic.”

More comments from Sheriff Brunson on Mama June and Geno Doak — how they were together, and whether or not they were treated any different:

We followed our rules and our guidelines, and they were treated the same as anybody else when they come to the Macon County Jail.

Miss Shannon was very cordial, you know, she was very nice and funny of course. We didn’t have any problem with either one.

ON THE ATTENTION FROM THE MEDIA

Oh man, we got phone calls from EVERYWHERE! I never imagined that we would get so many phone calls from so many different people about them. Me myself, I wasn’t too familiar with Mama June and all, you know, the whole TV series. Not too familiar with that, but somebody recognized them right away. And we tried to be fair for them, as we do to everybody else — the confidentiality and all that stuff. But, it’s public knowledge, public records, and all of that stuff at some point.

We haven’t had as many people call about anybody as they’ve called about Mama June and Mr. Doak. I mean, this has been overwhelming the last few days. I mean, EVERYBODY has called, even The Wendy Williams Show. I never would have imagined that. It’s been kind of crazy the last few days.

It took us a while [to release some of the information] because we were still investigating what went on and what happened. Truly, when you’re in the public eye…everybody kind of makes a big deal out of a whole lot of stuff, and I know everybody wants to know what happened and what they did.

Brunson says that Geno Doak admitted to drinking, but Mama June did not. He says they are still looking into whether or not Geno was driving while intoxicated. “Who was driving? Like I said, nobody was in the driver’s seat. We could assume he was driving, but he was actually in the back seat when we got there.”