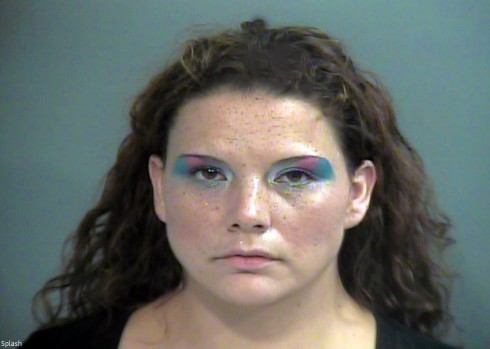 Arkansas woman Brandy Allen is accused of stealing $144 worth of eye shadow. And, based on her mug shot, police probably have a pretty strong case.

According to KFSM, the 31-year-old was busted at a Fayetteville Ulta Beauty Store on Monday when someone witnessed her “grabbing handfuls of make-up without looking at the color or labels.”

When she was confronted by the general manager, Brandy reportedly tried to hide her tracks by making the eyeshadow packages in her purse look used. When that failed, she grew agitated.

“No one [expletive] saw me steal anything,” she yelled, according to the police report.

She was taken to the Washington County Detention Center, where she was charged with shoplifting and disorderly conduct before posting bail.