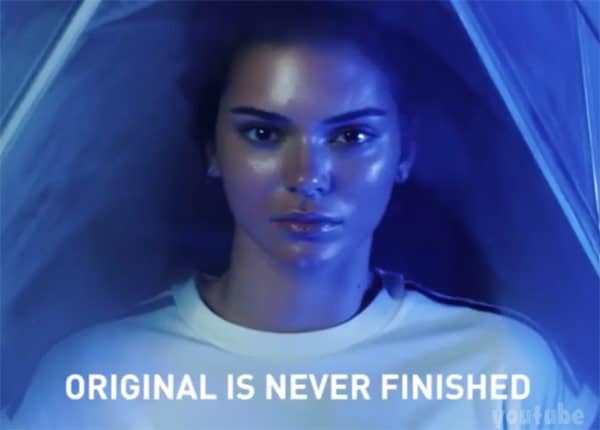 It seems that Kendall Jenner’s little Pepsi commercial misstep hasn’t prevented her from continuing to bring in the big bucks as a celebrity endorser because she is featured in the brand new adidas Originals commercial alongside a “group of creators” that includes James Harden, Playboi Carti, 21 Savage, and Young Thug — all set to the tune of Frank Sinatra’s “My Way.”

The commercial takes place in an aesthetically lush futuristic dystopia — sort of like Mad Max if it were a Katy Perry music video. Kendall is shown emerging from some sort of see-through geometric coffin chamber and her image transforms into that of Botticelli’s “Venus on the half shell” from the famous painting “Birth of Venus.”

And here’s the full Monty:

In another scene, Kendall is splayed out snow angel style and nearly pierced by hundreds of pitchforks as she pops back and forth to Leonardo di Vinci’s “Vitruvian Man” and other stars in the commercial: 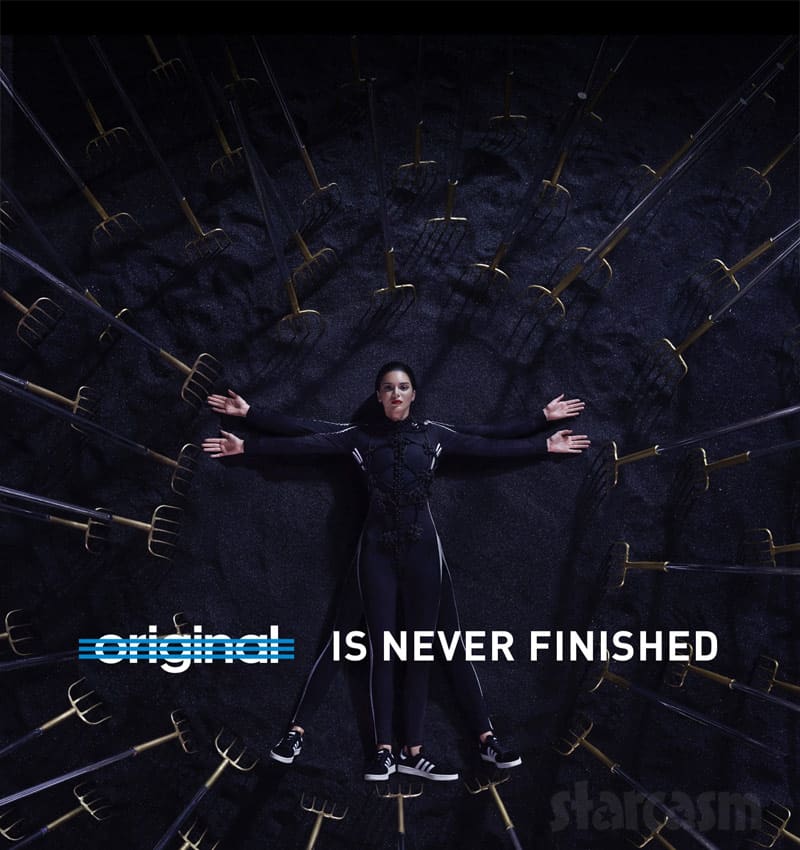 What does it all mean? I’m guessing the pitchforks symbolize the criticism Kendall receives being in the spotlight? The chief creative officer for the ad firm that created the spot sheds a little light on it with AdWeek: “What the three stripes campaign is about is removing the mental barriers that keep creators from producing their best work and being true to themselves,” says Johannes Leonardo’s Leo Premutico. “Kendall Jenner’s courage is something we wanted to celebrate,” he added.

“Adidas Originals always wants to stay true to the ethos of endless creativity, and it is important to stay centric to our DNA in that a real original, and authentic creativity, is always a work in progress,” she added.

Regarding the stars of this new ad, O’Hare said, “The great and unique thing about Adidas is the diversity that we embody both from a product point of view and also through the community of people that we work with. For the first time, Adidas Originals has had the privilege of working with a new group of creators, each of whom are a reference point for the current generations. Collectively they, alongside the powerful voice of Frank Sinatra, bring a new and fresh perspective on the meaning of doing it your way.”

The most recent commercial featuring Kendall is the third in the “Original Is Never Finished” series — all of which use “My Way.” Here is the first chapter featuring Snoop Dogg, Dev Hynes (aka Blood Orange), Stormzy and Mabel, Brandon Ingram, Kareem Abdul-Jabbar, and more:

And here is the second installment with an all female cast that includes Mabel, Petra Collins, and Dej Loaf: