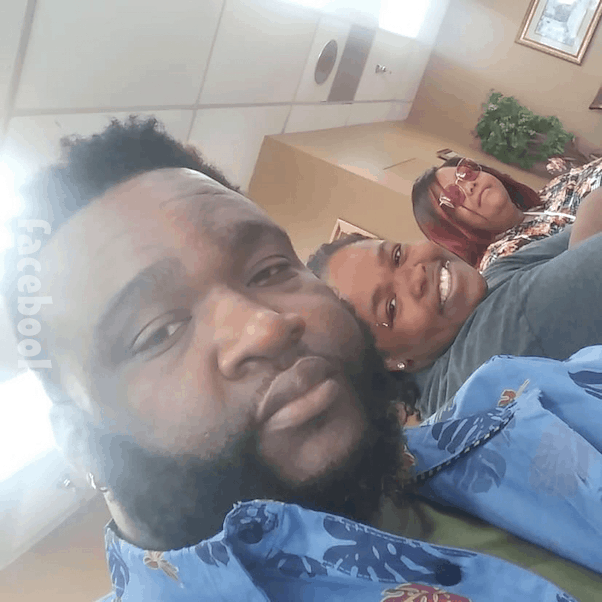 It’s been a minute since we’ve gotten an official update on Clarence Perrio, best known as the eldest of the three Perrio siblings who rose to reality TV fame thanks to their One Ton Family special. The My 600 Lb Life spinoff may have finished filming (for now), but, as we learned putting together our Clarence Perrio update, the man is doing quite well for himself post-weight loss surgery.

At the start of Clarence’s weight loss journey, the 33-year-old was battling obesity alongside both of his sisters. The siblings had struggled ever since their parents’ split; by their first consultation with Dr. Nowzaradan, all three were shocked by the extent of the damage they’d done to themselves. Clarence was actually the lightest of the Perrio siblings — but, at 582 pounds, he wasn’t congratulating himself.

A further twist came halfway through the Perrios’ journey. At the end of the first episode, Clarence said he couldn’t go through with the weight loss surgery for which he’d been approved…because the Perrios’ mother had died on the operating table years before. Though she’d been in the OR for a completely different procedure, the fear of surgery was, for a time, simply too great to overcome.

One episode later, everything changed. Clarence had overcome his fears and agreed he needed to go through with weight loss surgery, for both himself and his sisters. Littlest sibling Brandie likewise went ahead with her surgery — and Roshanda lost enough weight to be approved for the same. All told, the siblings lost a combined 700 of the 2,005 pounds they’d weighed coming in.

We’re betting that any follow-up episode will still be called One Ton Family, though 😉 And it’s looking like there might in fact be a second episode sometime soon — though Clarence himself hasn’t spilled any tea. One thing any Clarence Perrio update will have, though, is plenty of new pics: Clarence is a regular across several social media platforms, and shares regular pics despite edicts to the contrary offered by Megalomedia, My 600 Lb Life‘s production company.

So — in addition to the photo at the top of this article, of all three Perrio siblings in Dr. Now’s waiting room, we’ve got a full-body shot of Clarence in the mirror at the gym, looking better than we’ve ever seen him: 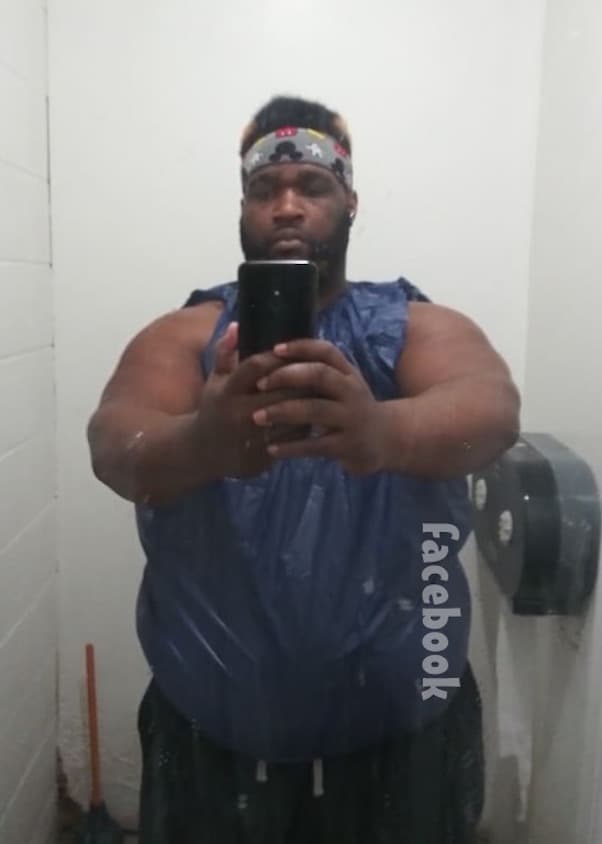 And we’ve got a screengrab from a recent video Clarence shared, featuring the man shirtless and appreciating his then-new grill: 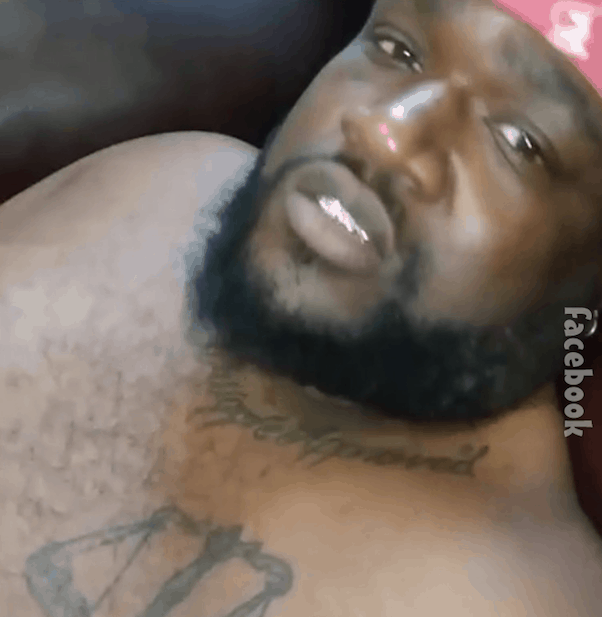 Finally, Clarence also just offered an applause-worthy full-body update with a three-part video of himself playing basketball at a local gym. Based on the footage of Clarence running around the court — not to mention the comfort with which he moves — it seems safe to say that the newly 35-year-old Clarence has kept all his lost weight off and then some. As Clarence himself put it, “I’ve always been quick and smooth with a decent shot and above average handle for a big n!gga.”

“I’ll never defy gravity so I choose my poisons wisely,” Clarence went on. “I’m not the worst it’s just my favorite [past]time.”

Instagram is Clarence’s social media jam; you can keep up with him by following @yodyflame84. And, as we recently reported, thanks to a winking post from Roshanda Perrio, it might not be long before we get a One Ton Family: Where Are They Now? episode.

In the meantime, if you need a refresher on the Perrio siblings’ weight loss journey, you can also stream both parts of their debut One Ton Family episode on the show’s official site.