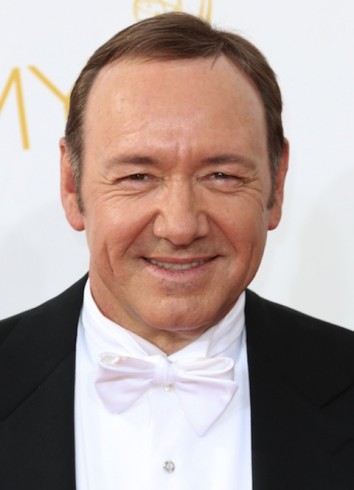 You guys: the new season is House of Cards is only five days away. And, technically, it’s even less than that, since the premiere’s going to happen at three AM Eastern Standard Time. Four days and sixteen hours! That’s practically tomorrow! Netflix knows it, too, which is why they teased us with a second proper trailer during the Academy Awards broadcast last night. The trailer focuses largely on Claire–fitting, since early reviews of the first half of the show indicate that we can expect more of Mrs. Underwood than in seasons past. If you haven’t seen this thing yet, you really must. Check it:

It’s a clever set-up for the problem at the center of the show itself: Now that Frank is the President, what does he actually want to use his power for? So far, House of Cards has been about manipulation in order to acquire more power. But the show doesn’t usually show us why Frank wants power (other than revenge). Hopefully, House of Cards will start giving us an answer that’s a little bit more specific than “Because.”

And speaking of answers: If you’ve caught yourself wondering about the ominous, paranoid, just-short-of-crazy song that that provides the soundtrack for the last two HoC trailers, wonder no more. That percussion-and-scream-heavy track is called “Counting Bodies Like Sheep to the Rhythm of the War Drums,” and it’s by pseudo-avant-garde rock supergroup A Perfect Circle. “Counting” is the tenth track on APC’s 2004 album eMOTIVe, and been used in snippets before. You might remember it from such trailers as The Fantastic Four, The Taking of Pelham 123, Missing, and Gotham, among others. It’s especially interesting in a House of Cards context since the song (and band) is explicitly anti-war, but Frank Underwood is about the most belligerent person Washington has ever seen.

Remember: Season Three debuts at three AM EST on Friday, February 27th. Are you excited yet?

Now we know what Chelsea Handler is doing after Chelsea Lately

SPOILER ALERT What happens to Frank Underwood on House of Cards?

Jerry Seinfeld hints that his show might be coming to Netflix