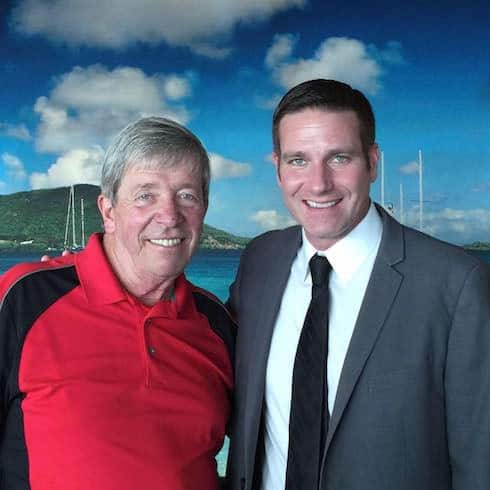 Carl Marino, the man responsible for bringing Lt. Joe Kenda’s exploits to life on the small screen, recently took to social media to celebrate the finale of season 6–and make a long-awaited announcement about the future of Homicide Hunter. The news might not come as a surprise to fans who’ve noted that the show is one of the most successful on Investigation Discovery’s roster (and has actually drawn in *more* new viewers each year), but Homicide Hunter Season 7 is officially a go! And, yes, filming is scheduled to begin very soon:

No word yet on how many episodes the seventh season will contain, but it is worth pointing out that Homicide Hunter Seasons 5 and 6 were also the show’s longest to date, hitting the 20-episode mark for the first time. But, as we recently pointed out, Joe Kenda handled 387 homicide cases in his 23 years with the Colorado Springs Police Department–so there are approximately 274 of them left to film 😉

Carl and Joe made the Season 7 announcement on this year’s installation of the Kenda Cruise. The annual multi-day Homicide Hunter jaunt has actually become quite a hotbed for information and gossip about both the show and its principals; devoteés will recall that, onboard last year’s cruise, Joe announced he was close to signing a book deal. Considering the amount of time that’s passed since that announcement, and keeping in mind Homicide Hunter‘s popularity, it seems fair to reason that we should be seeing an official announcement of Joe’s first book sometime later this year–if not the book itself.

RELATED: Lt. Joe Kenda looks to Homicide Hunter for relief from the “river of death” in his brain

One other item of note for Homicide Hunter fans is Carl’s headlining appearance at the first-ever CrimeCon this summer in Indianapolis. The three-day convention is being billed as “a weekend of motives, murder, and mystery,” and features alongside Carl such genre luminaries as Nancy Grace, Aphrodite Jones, Ken Kratz, L. Kirk Nurmi, and F. Lee Bailey. Discount registration runs $299; click here to register.

Homicide Hunter Season 6 concludes tonight, but reruns will continue at the show’s new date and time: Wednesdays at 10 on Investigation Discovery.

(Photo credits: Will Homicide Hunter return in 2017 via Facebook)