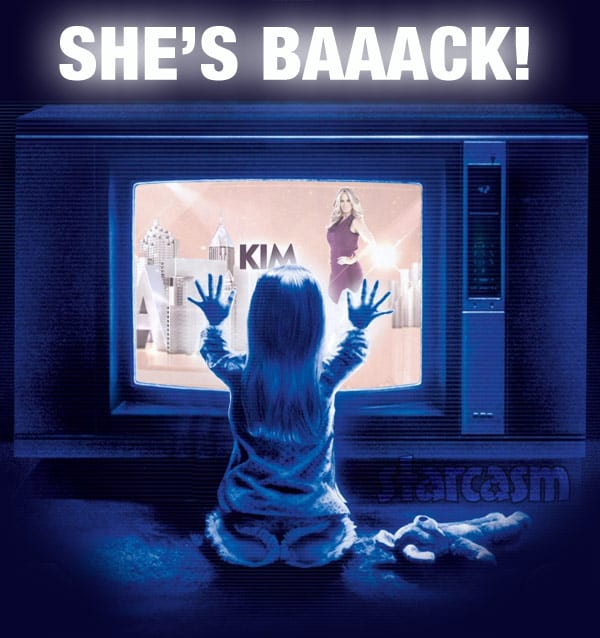 OMG! RHOA OG KZB’s back in the ATL! Or, in 20th Century English, original cast member Kim Zolciak-Bierman is returning to The Real Housewives of Atlanta this season — and judging from the dramatic new preview trailer, it doesn’t take her long to get right back into the shade game!

In the preview trailer for the remainder of The Real Housewives of Atlanta Season 9, we see Kim and her bubble-bunned beau Kroy make an appearance at the Chateau Sheree chateau warming party where she exchanges unpleasantries with Kenya Moore.

“Your husband doesn’t have a job right now, so worry about that,” Kenya says, referencing the fact that Kim’s husband Kroy was cut from the Buffalo Bills and the Atlanta Falcons. (You must remember that this was recorded a while back, so Kenya can be excused for not using the more accepted “worry bow dah” expression.)

Kenya tries to twirl back, but falls a little short. “Bye, b!tch. I know I’m not a duck, like your lips.” 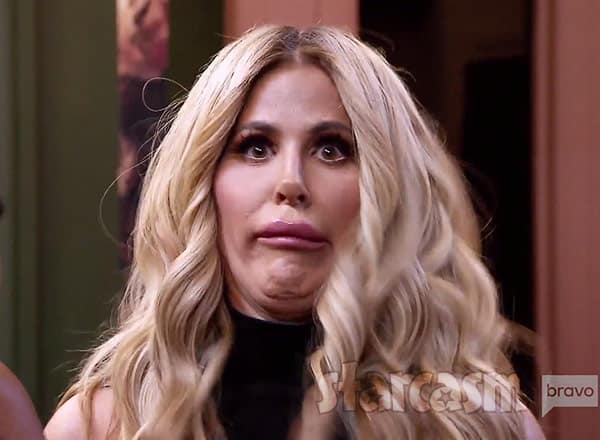 Meanwhile, the drama continues elsewhere in the ATL as Apollo Nida’s fiancee Sherien Almufti surprises Phaedra at a shindig, the boys gossip, someone gets engaged, and Kandi Burruss explodes into 50 Shades of Rage over Porsha’s claims that Kandi has a sex dungeon!

“Phaedra!” Kandi exclaims hoarsely, “She said I had a sex dungeon! It doesn’t exist!”

“This is bullsh!t,” a slightly more calm Porsha says, holding her drink. “Don’t come at me about my business if you don’t want yours told.”

Kandi continues with her outside voice: “Girl don’t tempt me!” she warns, as Peter tries to calm everyone down. “For her to put that out there about me, it took everything in me not to f***ing choke the sh*t out this b!tch!” 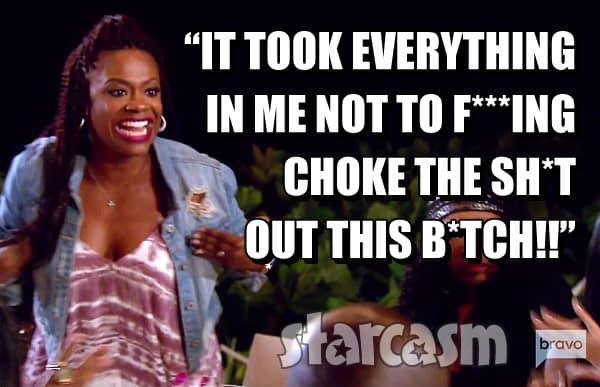 There are few places in this country more dangerous than being at the table with a bunch of housewives, amirite?! Be sure to tune in for all the drama as new episodes of The Real Housewives of Atlanta air Sunday nights at 8/7c on Bravo.