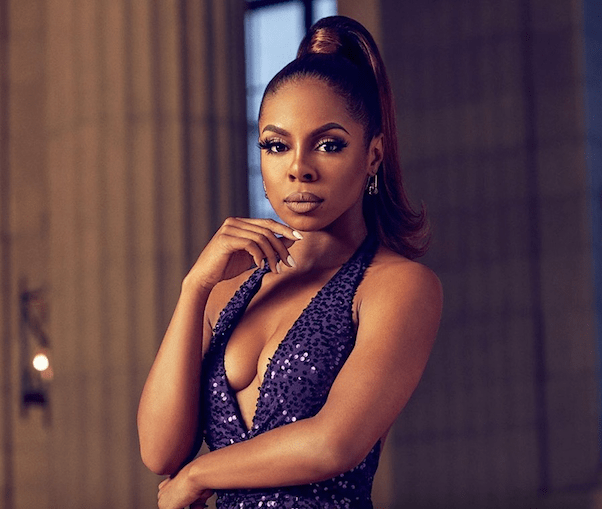 Real Housewives of Potomac star Candiace Dillard has offered a lengthy response to the people who “may have been offended” by her decade-old homophobic tweets. The Candiace Dillard apology acknowledges the 33-year-old reality star was a “private citizen, speaking carelessly” at the time, and says she’s grown up a lot in the decade since she wrote the tweets.

Though Candiace’s debut on The Real Housewives of Potomac came back in 2018, Candiace’s controversial comments didn’t surface until just this week. The tweets became a source of widespread conversation and derision on social media, though the lengthy Candiace Dillard apology — which we’ve transcribed in full below — may go a long way toward healing any rifts with the LGBTQIA+ community.

What do the Candiace Dillard tweets say about gay people?

In the oldest of the tweets from January of 2010, Candiace wrote, “Queenie gay men irk me”: 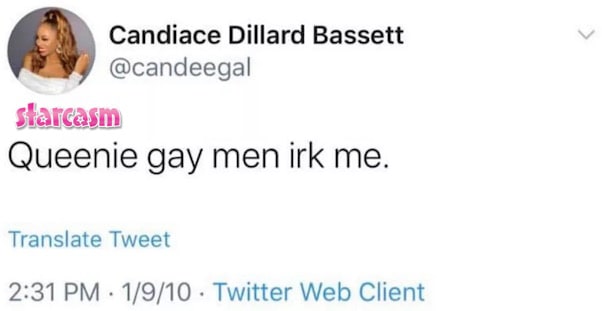 In another, from October of the same year, Candiace responded to another message with, “I’m personally turned off by men who r too into fashion. It’s a fine line. When u do too much, I’m disgusted. Makes me think ‘gay.'”

At least two other tweets made their way into the broader controversy. As reported by The Blast, one of two read, “I think my officemate might be a little gay. He does some strange things…makes me raise any eyebrow here and there.”

The second appeared to be about Real Housewives of Atlanta star Phaedra Parks’ husband Apollo Nida. Candiace wrote, “Phaedra’s husband is so AWKWARD. ughhhh. I think he might be a little gay too…hmmm…”

But with RHOP Season 5 in now airing, and full attention focused on the controversy, Candiace reached out yesterday with a long message of apology and support. The apology first appeared in photo form on Candiace’s Instagram page, which you can see here. We’ve transcribed it in full below.

I want to address tweets that resurfaced from nearly 10 years ago that may have offended people I love dearly and those who have supported me as a Potomac Housewife.

To my loyal fanbase, particularly the LGBTQIA+ viewers, thank you for your unwavering support. I love you.

I, alone, am responsible for my words and I deeply regret saying anything that could have hurt my friends, colleagues, family and fans. At the time I was a private citizen, speaking carelessly and crassly as we often do, and for my lack of better judgment, I am sorry.

While I have always considered myself an ally of the LGBTQIA+ community, I recognize my words were insensitive, and undermined the support, reverence and love I have consistently tried to demonstrate through advocacy for LGBTQIA+ rights and causes, as well as my personal relationships with those who identify as LGBTQIA+.

While I’ve learned and matured over the past decade, I am still evolving. The language I used carelessly wasn’t acceptable back then, and it isn’t acceptable now. I acknowledge that my words were hurtful, and for that I am deeply sorry.

In recent years, I have remained committed to the right for equality for all. While I’ve personally experienced the pain of disenfranchisement as a Black woman, I will never know firsthand the hurt many LGBTQIA+ people experience from pervasive discrimination, family rejection, barriers to employment, homelessness, homophobia, transphobia and more.

This has been a humbling experience, but I remain committed to learning and listening to become a more effective and empathetic ally. My prayer is that this may serve as a teachable moment for those who are willing to listen and learn as it has been for me. It’s imperative that we love more, have empathy, and search for understanding. I am truly sorry for my commends and I only ask for patience and understanding as I strive to evolve as a person.

With Love and Respect,
CDB

So far, RHOP home network Bravo has yet to respond publicly to Candiace’s resurfaced tweets.