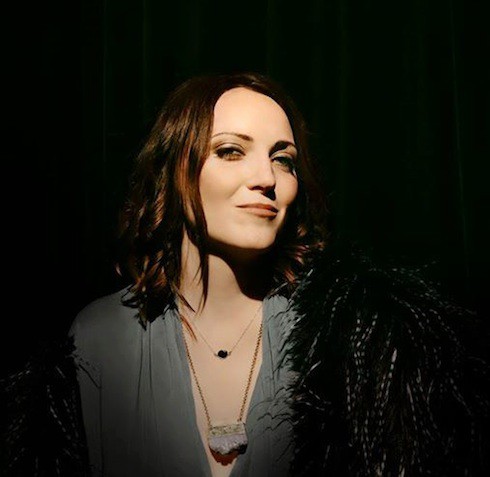 Though she’s already discussed her remarks regarding the Louis CK sexual misconduct allegations, comedian Jen Kirkman recently further explained her original statement and intent in an episode of the Nerdist podcast with Chris Hardwick.

Kirkman made headlines back in May when an earlier episode of her own podcast, I Seem Fun, came to light because of the following description:

And then I had another guy who is a very famous comic. He is probably at Cosby-level at this point. He is lauded as a genius. He is basically a French filmmaker at this point. You know, new material every year. He’s a known perv. And there’s a lockdown on talking about him. His guy friends are standing by him, and you cannot say a bad thing about him. And I’ve been told by people “Well then say it then. Say it if it’s true.” If I say it, my career is over. My manager and my agent have told me that. They didn’t threaten it. They just said to me “You know what Jen, it’s not worth it because you’ll be torn apart. Look at the Cosby women.” And this guy didn’t rape me, but he made a certain difficult decision to go on tour with him really hard. Because I knew if I did, I’d be getting more of the same weird treatment I’d been getting from him. And it was really f*cked up, and this person was married. So it was not good, and so I hold a lot of resentment.

Though she never mentioned any comic by name–let alone made any specific Louis CK sexual misconduct claims–the details Kirkman included left little doubt as to who she was talking about. At the same time, though, Kirkman’s broader topic was the difficulty of being female in a male-dominated profession–something she was at pains to point out after the story broke and her point was lost. A follow-up episode of I Seem Fun addressed the controversy, and steered the conversation back to its original track:

I did delete an episode of this podcast because I had done a one-hour segment about what it’s like to be a woman in comedy. My point was that nobody has ever taken their genitals out in front of me, or hurt me physically, but that, in this business, you have friends, mentors, co-workers, who can sometimes be creepy in a way that isn’t funny. Suddenly you don’t feel part of a joke, you feel…like…you are being…inappropriately hit on by someone who is married….All of the people that I spoke about anonymously on that podcast are still friends of mine, and I’m fine with them and they’re fine with me. And they all know the stuff they did that bothered me. It’s nuanced, that way. I’m not going to their house for Christmas. I’m not still not of the opinion that they might be a little weird. But what I was never was sexually abused.

Now, Kirkman has addressed the Louis CK sexual misconduct claims one more time, acknowledging that “It’s kind of obvious who I was talking about.” It’s a confirmation of sorts, though it’s still worth pointing out that Kirkman is careful not to name anyone.

She further stresses that she never feared for her safety, but that she most definitely did not want to accept the offer to tour with the comedian in question:

That person, on their own, was like, “Yeah, I was kind of a creep.” I was like, “You are a creep. That’s who you are! And God bless you. That was something that was staying in me for a while, and I was having resentment about other things. So I talked about you on my podcast, because I was just in a resentful mood, and I was just like, ‘bleh, sometimes people are creepy.’ So we talked, and that was it. I’m fine, because I was never violated. Never! It didn’t cost me any career stuff; I was never violated; I was just bummed. It’s one less person that I trust. That’s it!

Chris Hardwick’s interview of Jen Kirkman is available here. The whole show, as is the case with many Nerdist episodes, is worth a listen; if you’d rather skip ahead to the Louis CK sexual misconduct clarification, start at around the 54-minute mark.

How much money has Paula Deen lost from her N-Word scandal?