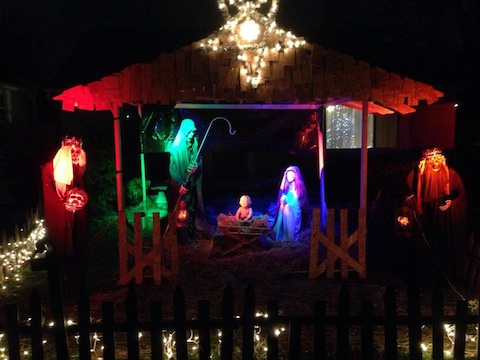 City ordinances be damned: The Cincinnati Zombie Nativity Scene lives on. Devotees will recall the pre-Christmas controversy that Cincinnati native Jasen Dixon stirred up when he tried to do away with clichéd Christmas decorations and festooned his front yard with zombies instead. Though most of his neighbors supported Dixon’s effort, the local government decreed the Zombie Nativity Scene (henceforth ZNS) in violation of several ordinances, and wrote J-Dix a letter saying the whole thing had to come down by the 26th. That might look like a compromise, the 26th being the day after Christmas and all, but Dixon did a little detective work, and decided to defy the order. 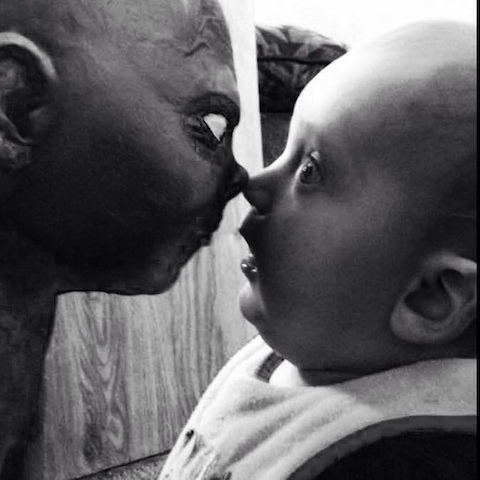 “They actually said that it is taking up about 35 percent of the yard,” Dixon said, meaning that the size of the structure, and not its zombie-based nature, was the part officials had a problem. “[But] it’s not. We did the calculations and it’s like 14, 17 percent.”

So, facing a $1,000 fine, Dixon kept the structure in place. There was more than just a little bit of pro-zombie cock to his walk, too: “I’m not a rule breaker,” he told the Cincinnati Enquirer, “[but] if you don’t think for one minute that this is because I filled it with zombies, you’re wrong.” 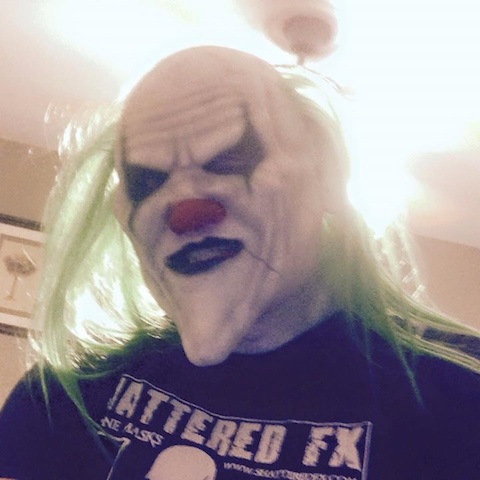 Nonetheless, Dixon, a former police officer, pledged to bring the scene back bigger and better in 2015–and to keep it within code. He’s created a Facebook page for the event, one that’s netted just a touch over 2,500 likes in three days. There’s also an official Indiegogo crowdfunding campaign, with a goal of $5,000 by January 23rd. A $10 donation gets your name on the official Donor Backdrop–not a bad price for joining the ranks of the undead. Funerals are way more expensive.