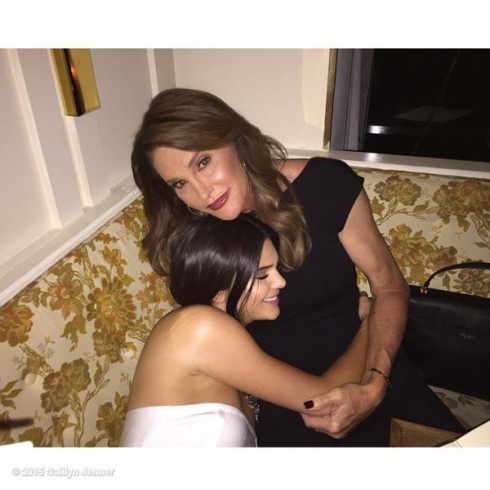 Caitlyn Jenner is facing potential manslaughter charges due to her involvement in a fatal car crash earlier this year. In a recent interview with Matt Lauer, Caitlyn opened up about her biggest fear regarding possible jail time stemming from those charges: namely, that she would be sent to a prison for men.

“I remember it very little,” said Caitlyn, speaking generally about the Pacific Coast Highway crash that took one life and injured several other drivers. “I remember it happening and that’s about it. A tragedy like this, you’ll never get over it. You just learn to live with it the best you possibly can.”

Caitlyn Jenner added that she can’t say very much about the pending litigation, and cited her lawyers’ advice as the reason for her silence. Caitlyn did share what she remembered about her own driving, telling Lauer “I was under the speed limit, I was going 46 in a 50–my air bag didn’t even go off.”

Her biggest worry, though, if she is convicted of manslaughter, is that the prosecution would ask that Caitlyn Jenner be sent to a men’s prison. It’s something that her legal team is working dilligently to avoid; when she addressed the possibility, Caitlyn was blunt: “That is the worst case scenario. I will say the men’s county jail, it is an enormous problem that they would put trans women in a men’s county jail.”

However, it’s not clear whether Caitlyn is simply trying to gain further public support for LGBT rights, as well as for her own cause. A New York Daily News report points out that a sentence in a men’s prison might actually be the best case scenario for Caitlyn. The paper cited former inmate Duncan Roy, who pointed out that the Los Angeles County Men’s Central Jail has an entire wing devoted to LGBT inmates, all of whom receive regular hormone treatments and are “protected” from the general prison population.

In addition, the Los Angeles prison has been the subject of at least one major newspaper feature, and the Daily News praised the county for the LGBT-specific wing, with its “its general lack of violence, specialized medical care[,] and relative freedom to re-purpose uniforms into more feminine garb.”