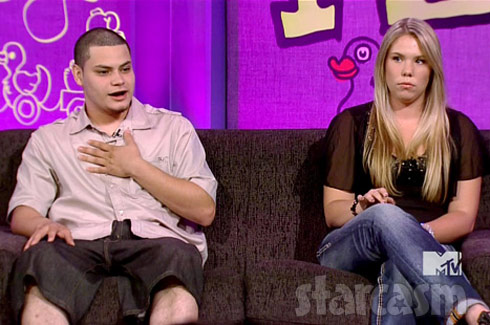 On last night’s episode of Teen Mom 2, fans saw Kailyn Lowry and her ex Jo Rivera meet up to discuss the child support arrangement for their son Isaac. Jo wanted to reach an arrangement out of court because he was afraid the court may decide he should pay “three, four, five thousand dollars a month.” Javi, who was also in attendance at the meeting, chimed in that he thought Kail and Jo should leave it up to the courts — advice that Jo didn’t seem too fond of. “Wow.” he said. “I guess you wouldn’t understand unless you are actually in the situation.”

(Click here to watch the clip with Jo, Kail and Javi.)

The debate spilled over onto Twitter, where Javi responded to accusations that Kail was trying to bankrupt Jo by revealing Jo doesn’t have a job. Javi added “[Jo] told us he doesn’t want one.”

UPDATE – Vee has since responded to Jo and Kail’s comments. PLUS, Kail claims Jo went to jail over unpaid child support! Click the link for all the latest.

Here’s most of the Twitter conversation, kicked off by The Bones Show co-host and frequent Teen Mom 2 live tweeter @RadioLunchbox:

@KailLowry: you don’t think he could/should get a job?

@baadditude: he’s doing the best he can, you trying to push him won’t make a difference in a positive way!

@JaviM9: he should get a job. Period.

@viimports340: He just relocated, how do u know he doesn’t have a job. How do u no if he is not lookin. He is paying cs and being a dad

@JaviM9: cause he told us he doesn’t want one

@RadioLunchbox: I didn’t realize he didn’t have a JOB….if that is the case then I don’t feel bad for Jo at all

@LONGhairDGAFF: the f**k. He clearly doesn’t need a job if he’s paying CS on time and just bought a house. not only that but picked up his life to move closer for Isaac and now you want MORE money when it’s costing LESS gas to drop him and pick him up and it’s much more convenient

@RadioLunchbox: good that he moved closer to see Isaac….not saying he is a bad dad

@KailLowry: I never said he was a bad dad either. But what I make/do doesn’t decrease his responsibilities.

@LONGhairDGAFF: she must have forgotten being homeless and Jo’s family allowing her to stay in their home because she didn’t have a f**king dime . All of a sudden little miss entitled shows up. You’re a b!tch Kail and you’re also the Incredible Hulk. But the only incredible thing you can do is be a C**T! B!tch bye

@RadioLunchbox: she was 16…they did let her stay with them….now she has gotten it together….Jo hasn’t

@LONGhairDGAFF: she was 17 and Jo just bought a f**king house! that’s a great accomplishment for someone his age

@LONGhairDGAFF: I do. It’s 6am and I’m twitter beefing with someone who went from talking sh!t to team Kail when she replied to you. I don’t flip flop. She’s a disgusting b!tch Javi is a spineless moron that it

DANG! I think someone at MTV needs to curate a live Teen Mom 2 Twitter After Show!

On a separate, but sort of related note, it appears as though Kailyn Lowry got herself a new whip! A car salesman from the Porter Chevrolet in Newark shared this photo on Instagram yesterday, showing Kail standing proudly in front of a brand new white Chevy Suburban! 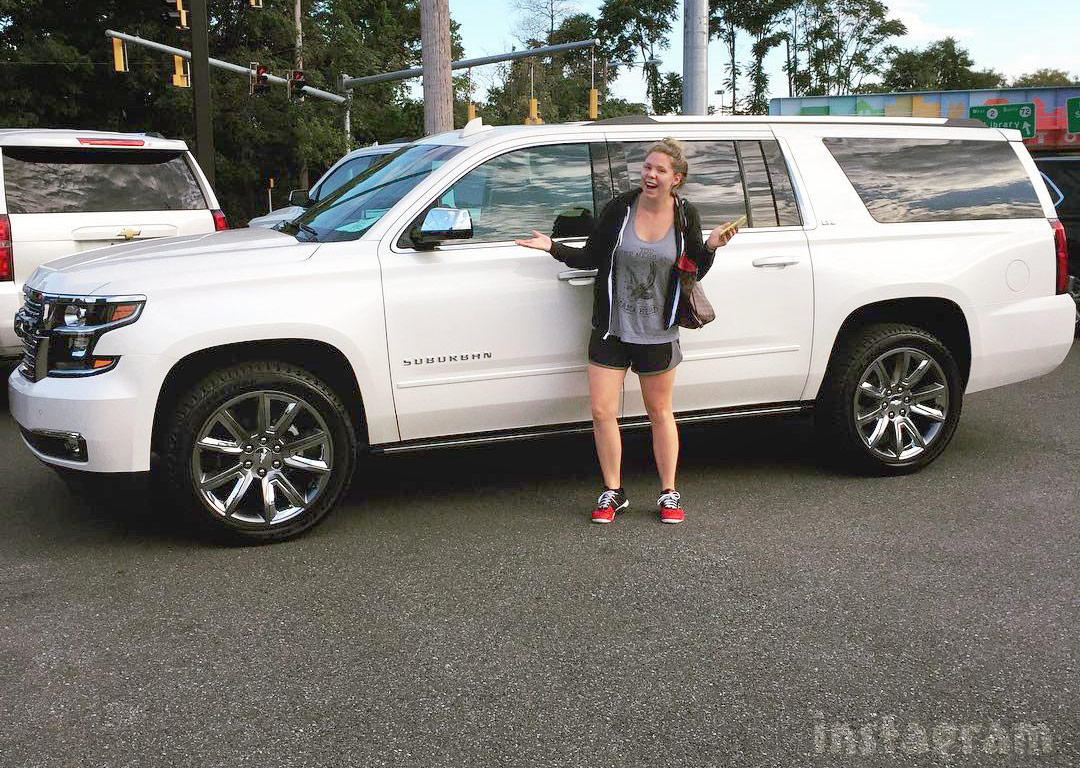 “Congrats Kailyn and Javi from Teen Mom 2 on your brand new Chevrolet Suburban!!” he captioned the photo. “I wish you the best of luck to you and your family with your future travels and endeavors in your new burban!!”

I should point out that Kail was actually flying back from California yesterday, so it is unclear exactly when she purchased the vehicle.

Jenelle Eason attacks WECT reporter Ben Smart, says Terry Hill pressing charges is ‘against the law’ because he was coerced