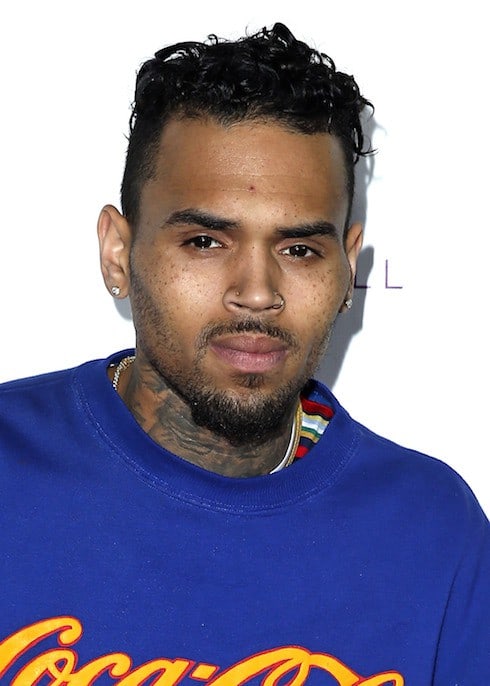 The Chris Brown police standoff continues at the singer’s Los Angeles-area home, following accusations earlier today that an attempted murder had taken place at the property. So far, the standoff has resulted in Brown handing over several guns and a package of drugs to police, though the situation apparently remains far from over. Per a Variety report, the situation began around three o’clock this morning (PST), when the LAPD began investigating an “incident” at Brown’s home involving a felony assault with a deadly weapon. An unidentified woman called the police and asked for help, alleging that Brown had threatened her with a gun. Shortly thereafter, police arrived, and Brown barricaded himself in his house, claiming that nothing untoward had happened and that he was being falsely accused.

Brown even took to Instagram to express his displeasure and proclaim his innocence:

Additionally, a new report from TMZ says that, over the past few hours, “weapons” and “drugs” have been retrieved during the Chris Brown police standoff. Brown “threw a duffel bag out the window of his home”; inside the bag was supposedly one gun, other weapons, and unspecified drugs. According to at least one witness, Brown reportedly followed the duffel bag by shouting “Come and get me.”

Finally, Steve Kuzj of KTLA News was on the scene just a few hours ago, and offered a live stream of events via his Facebook page:

UPDATE #1: It appears that Chris Brown and the woman who called 911 on him were not initially the only two people in Brown’s home. A Hollywood Life article on the Chris Brown police standoff alleges that Brown’s daughter Royalty, 2, was visiting Brown this week and was with her father inside the house–however, Royalty is no longer there. The article cites Carl Anthony Moore, attorney for Brown’s ex Nia Guzman, who says that the two-year-old was with Brown when the 911 call was made, but that “Fortunately, Nia was able to get Royalty back in her custody before police arrived.”

In addition, Love & Hip Hop Hollywood star Ray J, who was one of Brown’s houseguests when the 911 call was made, has updated his Instagram feed with his own take on the situation, and is urging support for Chris Brown. “I’m real unhappy…about how people can take a false story and blow it up into something way more than what it should be….To react so fast, without knowing the facts….It ain’t right.”

UPDATE #2–The woman whom Brown threatened with a gun has shared her side of the story. According to Baylee Curran’s version of events, she was “admiring a piece of jewelry” at Brown’s house when he pulled a gun on her. Curran further alleged that Brown–in TMZ’s words–”appeared to be out of it…on drugs or alcohol.”

Curran, a 2016 Miss California Regional beauty pageant contestant, is currently under fire on social media for what Chris Brown’s defenders are calling false and defamatory accusations. Per TMZ, Curran’s story is straightforward:

She says she came to his house with a friend, spent a little time in the hot tub, and then walked back inside where a member of Chris’ crew was displaying a piece of jewelry. Baylee says when she admired it the guy went nuts, and then Chris followed suit by demanding she “get the f*ck out” and pointed a gun at her.

Curran further alleged that she wasn’t allowed to leave the house until she signed a non-disclosure agreement with Chris Brown’s reps.

We’ll continue to update this article as the situation unfolds.