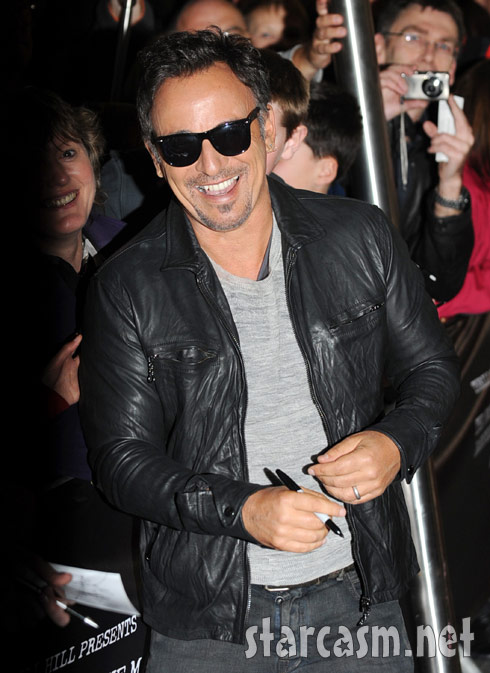 While we may not have a new Bruce Springsteen album waiting under the Christmas tree when Santa Claus comes to town we now have an outright confirmation that he has completed the recording!

News like this makes wanna head out in the street and ramrod all night long (I’ve been in a River mood lately). The source is none other than the most trusted and important Boss info place on these here interwebs, Backstreets.

“… but we can at least put this in your stocking: The record is finished.”

This is terrific news and I’m hopeful that the new album will be as adventuresome as was lead on by a very random source in the form of fellow rocker Bob Seeger. Yeah, Bob Seeger has provided the most insight on what we can expect from the latest record. He told Rolling Stone following a gig in which The Boss joined him on stage for “Old Time Rock and Roll.”

The recording is in the bag so were just waiting for the news to come trickling in on a release date etc. Springsteen and The E Street Band have already booked tour dates overseas.

In additional Springsteen news, the man provided an introduction to the book Someplace Like America: Tales from the New Great Depression. Here is that writing as posted in The Washington Post:

I had completed most of the “Tom Joad” record when one night, some 15 years ago, unable to sleep, I pulled a book down off my living room shelf. I read it in one sitting, and I lay awake that night disturbed by its power and frightened by its implications. In the next week, I wrote “Youngstown” and “The New Timer.”

That book — “Journey to Nowhere,” by Dale Maharidge and Michael S. Williamson — put real lives, names and faces on statistics we’d all been hearing about throughout the ’80s. People who all their lives had played by the rules, done the right thing and had come up empty, men and women whose work and sacrifice had built this country, who’d given their sons to its wars and then whose lives were marginalized or discarded. I lay awake that night thinking: What if the craft I’d learned was suddenly deemed obsolete, no longer needed? What would I do to take care of my family? What wouldn’t I do?

Without getting on a soapbox, these are the questions Maharidge and Williamson posed with their words and pictures. Men and women struggling to take care of their own in the most impossible conditions and still moving on, surviving.

As we tuck our children into bed at night, this is an America many of us fail to see, but it is a part of the country we live in, an increasing part. I believe a place and a people are judged not just by their accomplishments, but also by their compassion and sense of justice. In the future, that’s the frontier where we will all be tested. 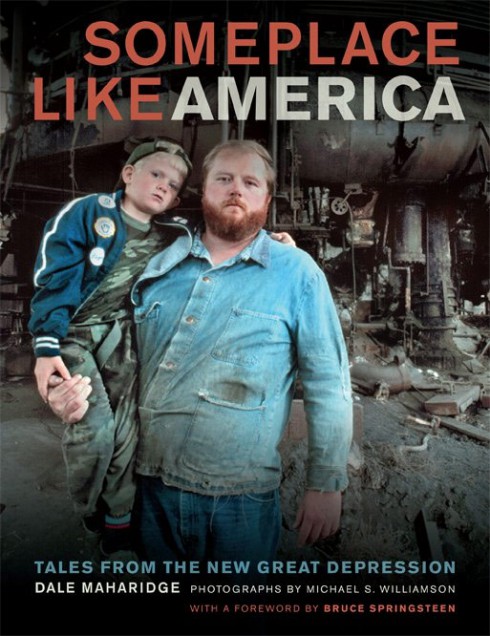 How well we do will be the America we leave behind for our children and grandchildren.

Now, their new book, “Someplace Like America,” takes the measure of the tidal wave 30 years and more in coming, a wave that “Journey” first saw rolling, dark and angry, on the horizon line. It is the story of the deconstruction of the American dream, piece by piece, literally steel beam by steel beam, broken up and shipped out south, east and points unknown, told in the voices of those who’ve lived it. Here is the cost, in blood, treasure and spirit, that the post-industrialization of the United States has levied on its most loyal and forgotten citizens, the men and women who built the buildings we live in, laid the highways we drive on, made things and asked for nothing in return but a good day’s work and a decent living.

It tells of the political failure of our representatives to stem this tide (when not outright abetting it), of their failure to steer our economy in a direction that might serve the majority of hard-working American citizens and of their allowing of an entire social system to be hijacked into the service of the elite. The stories allow you to feel the pounding destruction of purpose, identity and meaning in American life, sucked out by a plutocracy determined to eke out its last drops of tribute, no matter what the human cost. And yet it is not a story of defeat. It also details the family ties, inner strength, faith and too-tough-to-die resilience that carry our people forward when all is aligned against them.

When you read about workers today, they are discussed mainly in terms of statistics (the unemployed), trade (the need to eliminate and offshore their jobs in the name of increased profit) and unions (usually depicted as a purely negative drag on the economy). In reality, the lives of American workers, as well as those of the unemployed and the homeless, make up a critically important cornerstone of our country’s story, past and pres­ent, and in that story, there is great honor.

Maharidge and Williamson have made the telling of that story their life’s work. They present these men, women and children in their full humanity. They give voice to their humor, frustration, rage, perseverance and love. They invite us into these stories to understand and allow us to experience the hard times and the commonality of experience that can still be found just beneath the surface of the modern news environment. In giving us back that feeling of universal connectedness, they create room for some optimism that we may still find our way back to higher ground as a country and as a people. As the folks whose voices sing off the book’s pages will tell you, it’s the only way forward.

And just to show he’s still bringin’ it, here’s Bruce in a recent appearance with fellow Jersey musicians The Gaslight Anthem performing their song, “American Slang.”