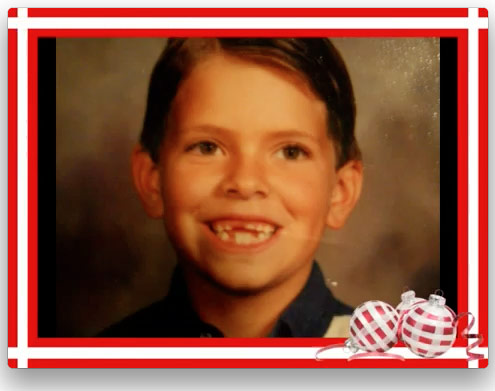 Next week marks the three year anniversary of the tragic death of Derek Underwood, the father of Teen Mom star Farrah Abraham’s daughter Sophia, who turns three in February. Derek’s mother Stormie Clark has put together a Christmas themed video tribute to her son featuring numerous photos of Derek from when he was a little boy until just before his car accident on December 28, 2008.

Stormie was kind enough to speak with us and here is what she had to say about the video:

“Derek passed away on December 28th, 2008. This time of year is extremely difficult for me. That is why I made the video. It helps me with my grieving in some way.. It makes me feel closer to him. Sharing his memories with others is a good thing.

“I also hope and pray that Farrah allows me to see Sophia someday soon. I believe that it would help Farrah’s and my grieving. I hope that Farrah understands and respects these videos that I made of Derek, and will show them to Sophia.

“I added Farrah to Derek’s video for a reason. Derek loved Farrah, and that’s all that matters.”

It’s nice to see Stormie extending an olive branch to Farrah. (As you may know, she and Farrah had a bitter legal battle over visitation rights to Sophia in which the court decided against Stormie.) We’d like to thank Stormie for sharing the video and for taking the time to talk with us about it. The clip should help remind us all how invaluable the lives of our loved ones are. Rest in peace Derek.