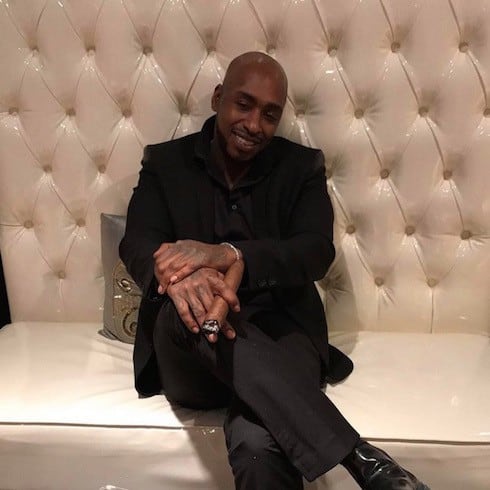 It looks like VH1 might be doubling down on its already sizeable investment in Ceaser Emanuel and his Black Ink empire. Rumors of at least one and possibly two new Black Ink Crew spinoffs is making the rounds, thanks in large part to Ceaser opening up tattoo parlors in a pair of new cities.

For one thing, Black Ink Atlanta just opened its doors a few weeks ago. The event and the shop itself were already fairly high-profile, but both got an unexpected boost when Ceaser chose the red carpet soiree on opening night to step out with his new lady love Karlie Redd for the first time. And, yes, the two of them appear to still be very much a celibate couple, in one of the few quiet mysteries related to an otherwise high-volume LHHATL Season 6.

Speculation is already rampant that Ceaser and Karlie are dating in part to help set up either a Black Ink-LHHATL crossover episode or provide a storyline for a potential first season of Black Ink Crew Atlanta. While it’s too early to confirm anything that specific, the Atlanta Journal-Constitution‘s Radio & TV Talk blog confirms that VH1 is planning to film one of its Black Ink Crew spinoffs in the ATL. Producers have been scouting African American-owned tattoo shops in the ATL for several months.

So, that just leaves the second rumored spinoff. And Ceaser’s been repping the opening of his Black Ink Orlando shop on the regular; the May 5th launch is all over his social media pages:

If Black Ink Crew Orlando also gets the green light, the show would mark VH1’s second expansion into Florida in the past year. Mona Scott-Young and her crew are hard at work putting the finishing touches on Love & Hip Hop Miami, which is expected to start airing later in 2017.