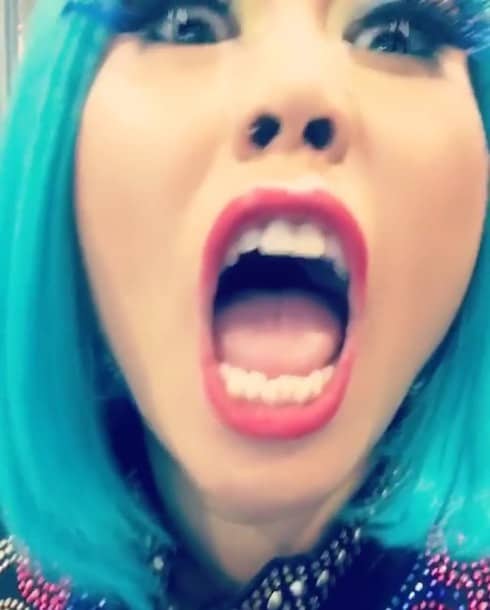 Lovely Mimi has a legion of fans from her Instagram days, but it looks like the army of Lovely Mimi haters is growing fast in the wake of her first appearance on Love & Hip Hop Atlanta. Mimi’s over-the-top style didn’t sit well with a what appears to be a sizeable portion of the show’s fans, and social media consensus seems to be that the show’s producers were aiming for Atlanta’s answer to Cardi B…but that they may have overshot the mark just a bit.

Nonetheless, the woman of the hour is hardly one to be deterred by a pack of faceless Lovely Mimi haters, no matter what they say or how often they say it. In fact, one of Mimi’s most recent Instagram updates (and you do have to say “one of” her most recent–she updates a *lot*!) appears to be a not-so-subtle response to her detractors. If you were put off by how loud Mimi was during her LHHATL debut this week, you may want to cover your ears (and possibly your eyes):

But, remember: this is the self-professed “most ratchet Asian girl you’re ever going to meet” that we’re talking about. She got hired for LHHATL specifically so she could create some Lovely Mimi haters out of nothing at all and get people paying attention to the show. (It’s like how everyone hates the Kardashians, but no one ever stops talking about them. Though it also turns out that not every reality TV star can pull this off.)

The tactic worked–and it worked especially well for Mimi, who within one hour of the above update was reminding haters and fans alike that her Love & Hip Hop Atlanta debut was completely and totally about image creation and brand management:

I QUIT ?? now check out my nail shops @mimilovelynails @mimiultraviolet