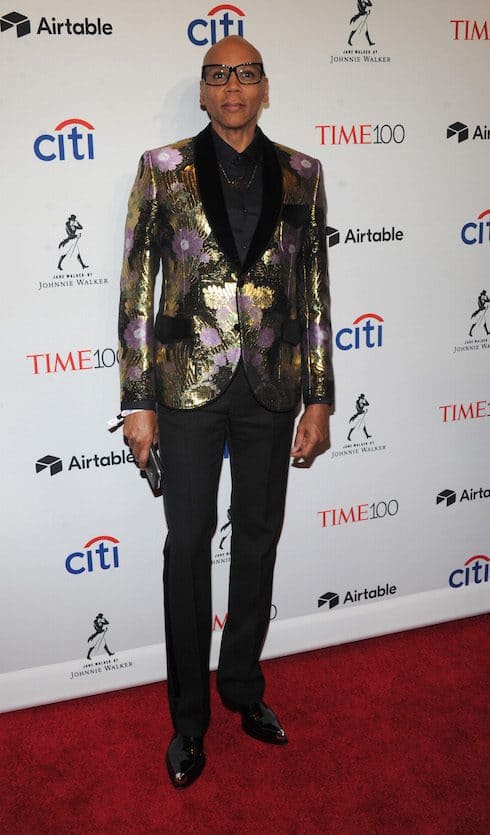 His most famous show is in no danger of cancellation, but is RuPaul leaving Drag Race after its next season? The recent announcement that RuPaul is getting his own talk show has the rumor mill buzzing over the possibility that his schedule is simply too crowded, that something has to go — and that that something might just be Drag Race itself.

We should point out that there’s been no official announcement of any kind about the fate of Drag Race. Stil, it’s impossible not to wonder where in the world the icon is going to find the time to juggle all of his upcoming projects. For starters, consider that just today news broke of RuPaul’s upcoming daytime talk show. Per Variety, the Emmy winner is filming a talk show pilot for Telepictures, one that’s “targeted for a fall 2019 launch.” Which means that if it gets picked up, there’ll be a sizeable calendar gap between the pilot episode, the production of Drag Race Season 11, and the start of production on the talk show itself.

Which means, in turn, that RuPaul would have enough time to fulfill his contractual obligations for Drag Race before leaving the show behind.

The show, which is targeted for a fall 2019 launch and will be filmed in front of a live audience, will feature the host bringing his unique, positive and aspirational point of view to the format, interviewing celebrities, giving beauty and glam tips, playing games, and dishing on pop culture. He’s not expected to do cooking or exercise segments, which have been typical daytime fare. Frequent collaborator Michelle Visage is also expected to play a major role.

Of course, it’s hardly unheard of for actors and TV personalities to work on multiple projects at once. But recall that RuPaul is *also* co-starring in AJ and the Queen, an upcoming comedy series for Netflix. And that that show is helmed by Michael Patrick King, whose TV pedigree includes creating 2 Broke Girls and executive producing Sex and the City. Translation: These are two people who know how television works, making a new show for a network that’s the quickest in the industry about pulling the renewal trigger.

And it’s worth pointing out that RuPaul is still the host of game show Gay For Play. By our count, then, he’s already carrying the weight of three shows on his shoulders. RuPaul’s Drag Race is probably the most successful of the three of them; the just-ended Season 10 averaged about 1.2 million viewers per episode, putting the show firmly in Black Ink Crew territory for VH1. And, again, Season 11 has already been ordered.

So it seems the real issue might be whether or not RuPaul still wants to host the show after more than a decade at two different networks, or whether he’s ready to move on to new things. Jezebel put it succinctly in their article on RuPaul’s televisual future:

He’s definitely been working on expanding his portfolio over the past few years, and a daytime talk show seems like a natural fit for the onetime host of late ‘90s VH1 talk show The RuPaul Show…The filming demands of a daytime talk show do seem pretty grueling, especially if it’s producing five new episodes a week.

Again, Drag Race is way too popular for VH1 to cancel it altogether, if RuPaul is indeed leaving the show after Season 11. The biggest question for the network is whether a million-plus viewers will still tune in if someone other than RuPaul is the face of the show. Longtime judge Michelle Visage — who worked with RuPaul’s sidekick on the pair’s 90s talk show — is one clear candidate, as are any number of the show’s winners.

For now, we’ll just have to read the tea leaves of social media for new insights. RuPaul’s Drag Race Season 11 is expected to begin filming this autumn.

VIDEO – The conspiracy theories of Evi and Randy Quaid