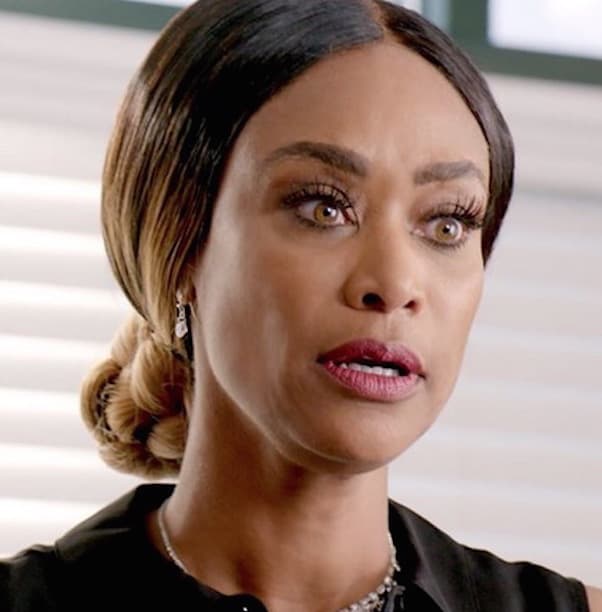 It looks like most of the big drama at the Basketball Wives Season 8 reunion actually happened behind the scenes. According to multiple reports, OG cast member Tami Roman — who has already announced her departure from the show — either skipped the reunion or was not allowed to attend. The same is true for second-year cast member CeCe Gutierrez: she was also absent during reunion filming this past weekend. And the strangest fate of all was reserved for OH Chijindu, who was present — but who it seems had to be literally held back by producers.

We’ll start with Tami’s role in all this. As The Jasmine Brand pointed out, before filming began, Tami said that she thought her remaining appearances on the show were down to “one more episode, then the reunion & that’s a wrap.” But, for still-undisclosed reasons, Tami didn’t show for the taping. (The cast members who *will* appear at the Basketball Wives Season 8 reunion are Malaysia Pargo, Shaunie O’Neal, Evelyn Lozada, Jennifer Williams, Kristen Scott, OG, Ferby, and Jackie Christie.)

At the same time, Tami has been visibly excited about moving on from Basketball Wives ever since she revealed she’s done with the show. And the same is true of CeCe Gutierrez, who suggested earlier this year that the drama was no longer engaging for her. Plus, as CeCe’s social media followers were aware, she spent the entirety of last week out of the country, chilling in Saint-Tropez scouting wedding venues with fiancé Byron Scott, celebrating Magic Johnson’s birthday, and generally just having a grand time.

The same was unfortunately not true of OG Chijindu, who had maybe the most dramatic Basketball Wives Season 8 reunion experience of all. The initial gossip from the set was that producers feared OG, who’s been accused of messing with her castmates’ personal lives on the regular ever since she dropped the tea about Byron Scott’s son Thomas, could be attacked verbally or physically by some of those castmates should things get heated. So they decided to have OG teleconference into the reunion from a secure room backstage at the filming venue. Since then, conflicting rumors suggest that the producers’ real fear was for the rest of the cast’s safety, from OG, who is rumored to be pregnant with her first child.

In short, nobody seems to really know what’s going on with that storyline 🤷‍♀️ And it’s unlikely the reunion itself will clarify matters. But we don’t have long to wait before finding out: the Basketball Wives Season 8 reunion is expected to air in early October.