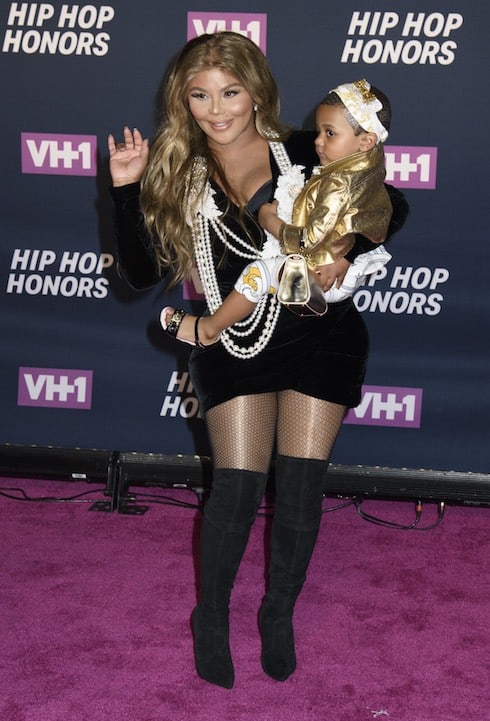 Lil Kim has endured whispering and gossip about her skin tone for years. In 2016, she set off something of a controversy when a photo set she shared on social media led to days of very public speculation about whether she’d undergone skin bleaching. (Click here for our photo gallery of Lil Kim from the 90s to today.) Kim is a frequent updater on social media, and her fans (and detractors) often talk openly about skin bleaching and plastic surgery in the comments. And that can lead to sometimes testy exchanges, like when one seemingly innocuous photo led to one fan getting the clap back from Kim herself. She later deleted the comment, but The Jasmine Brand captured it just in time: 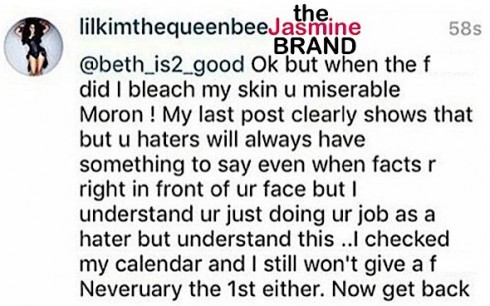 Kim also followed that incident by trolling her haters with a trio of photos featuring herself and daughter Royal Reign taken in the whitest possible environment:

Come on haters push thru while I play a little tennis in the snow ? #serving #lilkim #beehive #tbt

Royal ain't feeling the snow or the hate, so we out ✌?You haters see the backside you know what to do ?Love you team Kim ❤️ #tbt #lilkim #beehive

Meanwhile, recent photos of Lil Kim taken by professional photographers and not shared on social media portray her in a rather different light, both literally and figuratively. For example, the image at the top of the article was taken at VH1’s Hip Hop Honors celebration several months ago; in it, Kim appears to have considerably darker skin than in this photo from early 2017, which was also taken under considerably brighter lighting:

And, for an even more recent professional image, here’s one of Kim on the red carpet at the Women in Entertainment Empowerment Network (WEEN) Awards just a few weeks ago. Again, given the setting, lighting, and professional photographer, her skin looks quite different than in many of the photos Kim shares on social media: 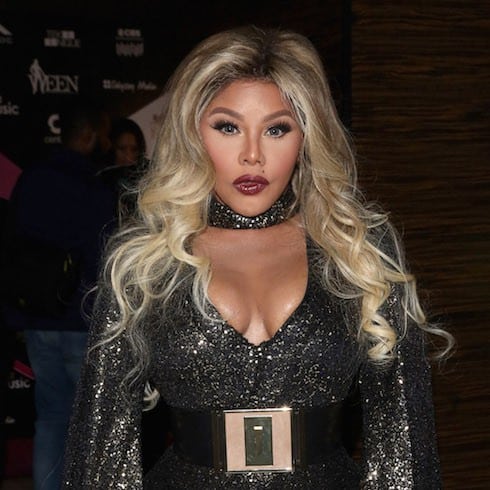 This discrepancy appears time and time again on Lil Kim’s Instagram page. Professional shots taken at high-profile events or concerts depict a darker-toned Lil Kim; selfies and low-quality reposts make her skin look considerably lighter. (And, as is the case with several of the images in this article, the amount of makeup Kim has on her face in a given shot can have a profound effect, as well.) Whether or not Lil Kim did get her skin bleached, the number of photos she shares on social media and the regularity with which fans look up her social media profiles mean that questions about her appearance are going to be asked on the regular no matter what Kim says.

RELATED ARTICLES: Lil Kim then and now: A look at her changing appearance over the years

Lil Kim’s new look: How many procedures has she had done?