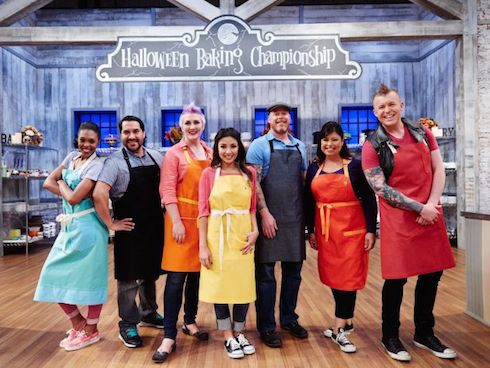 It’s autumn, which means we’ve arrived at the Peak Pumpkin Spice time of year. And it further means that it’s time for another round of Food Network’s perennially popular Halloween Baking Championship! Below, you’ll find a short bio for each one of this year’s cast members, plus a few photographs–and all the social media links we could gather, for your Facebooking, Twittering, and Instagramming pleasure. 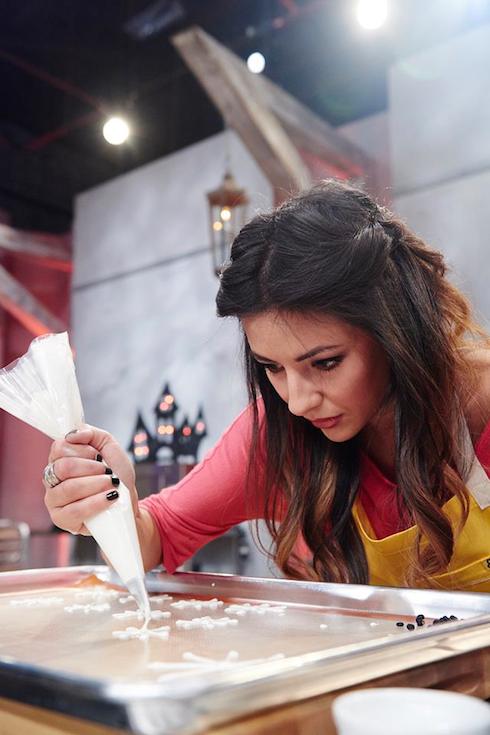 Audrey Alfaro, 35, is a Washingtonian by way of Alaska. In her own words, Audrey is “a wife, mother and foul-mouthed chef” who “love[s] horror flicks, fried chicken and vodka,” and, furthermore, is “a perfectionist and lover of all things food.” Audrey has been on television before–she confesses to a mysterious appearance on MTV, and notes that her MTV and Halloween Baking Championship runs both have whipped cream in common. Intriguing! 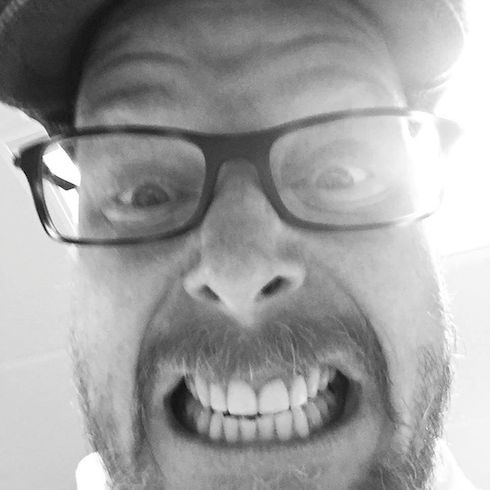 Michigander Scott Breazeale, 45, is a trained pastry chef and the current Executive Sous Chef at Detroit’s Ford Field. What does that mean, exactly? It means that Scott’s primary client is the NFL’s Detroit Lions, is what it means. Not a bad gig–and the second time this year that the Food Network has leaned on the NFL for a contestant on one of its high-profile cooking shows. Scott first learned to cook courtesy of his grandmother, and, according to his official Food Network bio, is “a skateboarder and old-school punk rocker” who’s worked techniques of molecular gastronomy into his culinary repertoire. 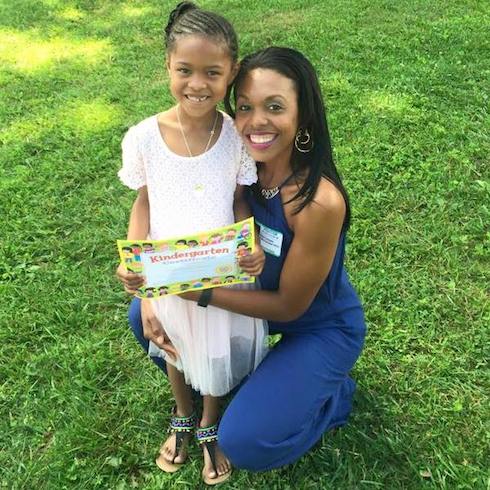 Marylander Erin Cooper, 33, is the first of two representatives from her state on this year’s edition of Halloween Baking Championship. She has a culinary arts degree from Baltimore International University, and puts her skills to use daily with her business, Erin’s Delights. If the photos on Erin’s Delight’s Facebook page are any indication, Cooper’s skill with fondant will make her a formidable Halloween Baking Championship opponent indeed. 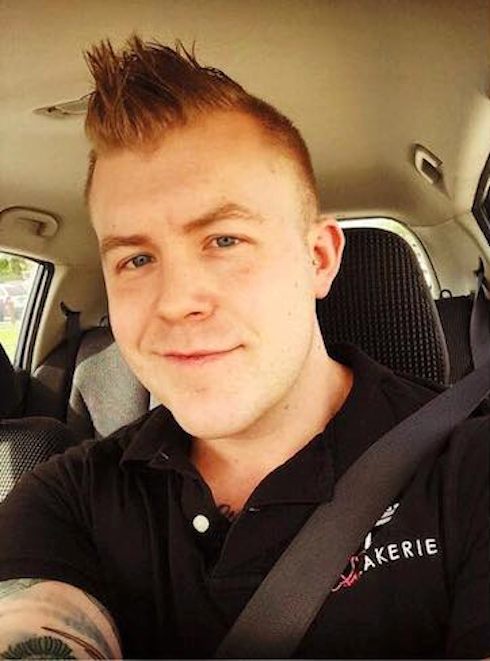 Jason Hisley, 26, of Baltimore, is the second Marylander to grace the stage and screen for this year’s Halloween Baking Championship. He got a degree in baking and pastry from noted culinary academy Johnson & Wales, and then traveled through France, Switzerland, and Italy–”The Devil’s Delight,” as apprenticing pastry chefs call it–before returning to America and establishing La Cakerie, his own bakery. Though he’s the youngest of the seven HBC contestants this year, he might actually be the most experienced where television is concerned: in addition to winning an earlier edition of Cupcake Wars, Jason has competed on both Cutthroat Kitchen and Sweet Genius. 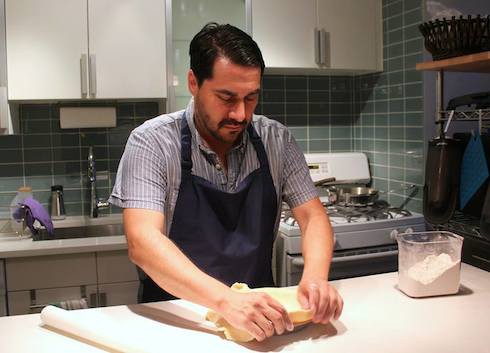 Rudy Martinez, 45, might have the best-named company of all this year’s Halloween Baking Championship contestants. Man Bakes Cake is Rudy’s enterprise, and he begins his mission statement simply–and wonderfully–on the bakery’s web site: “I bake cake.” Rudy’s got some nimble fingers, too; for proof, check out the intricacies of these Day of the Dead, Modern Christmas Tree, and Vampiress cakes. Rudy Martinez is a New Yorker with no formal training, and a willingness to “break the rules of baking,” according to his official Food Network bio. Hopefully that willingness will be a great benefit in the competition! 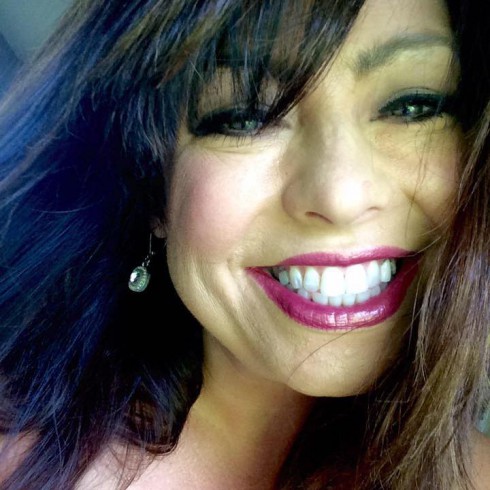 Jennifer Petty, 45, is a Californian whose treats got so many compliments from friends and family that she decided to start her own company out of her own kitchen. Jennifer says that Halloween is the most inspirational of all holidays where her own baking is concerned–so much so that she and some friends throw a witch-themed party every year! 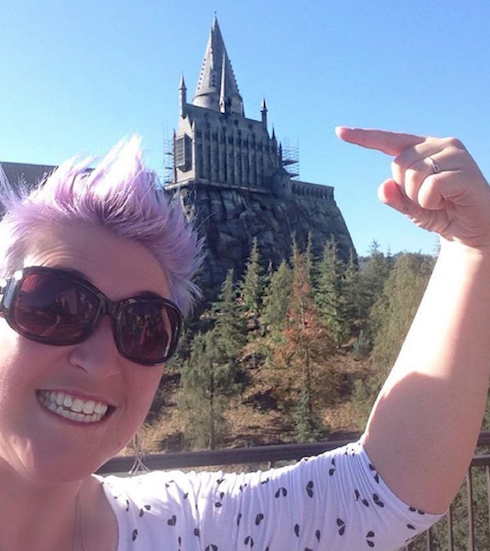 Ashlee Prisbrey, 36, of Salt Lake City, runs the popular food blog AshleeMarie.com. She’s perhaps best poised to become the audience favorite in the early stages of Halloween Baking Championship because of her dedication to “full-fat baking with lots of flavor.” That dedication was honed thanks to a year spent in Japan, where American baked goods were hard to come by. In Ashlee’s own words, “There are only so many bites we get in our lives and I want each one to be amazing.” That’s a crowd-pleasing statement for sure!

Finally: Here’s a collection of all the social media links we could find for all seven contestants. If we missed one, be sure to let us know.

What is the net worth of The Pioneer Woman, Ree Drummond?

What is butter coffee, and why is it so popular?