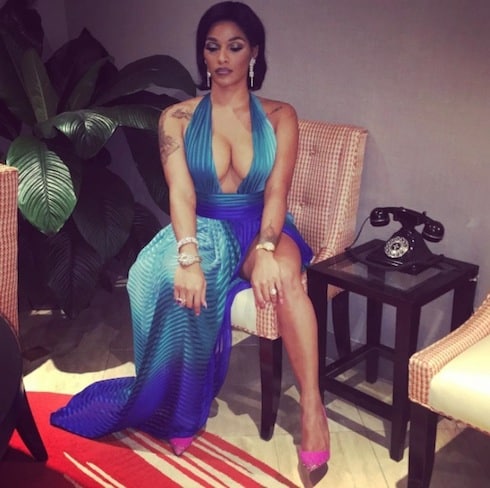 Are Joseline and Stevie J married? The pair’s relationship has been possibly the rockiest in the whole Love and Hip Hop universe over the past few months, thanks to ongoing infidelity allegations and a separation that began before Love and Hip Hop Season 5. Now, Stevie J is leveling more charges of unfaithfulness at his estranged wife–and he’s doing so in the most public forum possible.

Joseline and Stevie J confirmed their separation back in February, following a social media spat that involved Stevie straight-up calling Joseline a hoe. Since then, Stevie has been linked with former flame Mimi Faust, as well as period panty saleswoman Ms. Jackson, and Joseline has (for the most part) kept her romantic entanglements to herself.

Apparently, Stevie thinks all that came to an end this week, starting with the following Joseline Instagram update:

Joseline appeared on the arm of The Game, which led to accusations from Stevie J that the two were hooking up behind his back. The Game didn’t take kindly to Stevie’s accusations, which led to a swift clap back:

I respectfully asked you not to play this game with us when you was on my phone crying bout your wife. I told you it was all a simple picture at a video premier[e]. Now here’s the FACTS you gotta know bout the #Winnerscircle … OUR MEN DON’T F*CK WITH MEN OR ANYTHING THAT RESEMBLES A MAN … Now we can run that fade on sight #Piru

After that, Stevie J apologized, and all was quiet–until Joseline shared another picture on social media, with another man. Stevie’s response is below, per Fameolous: 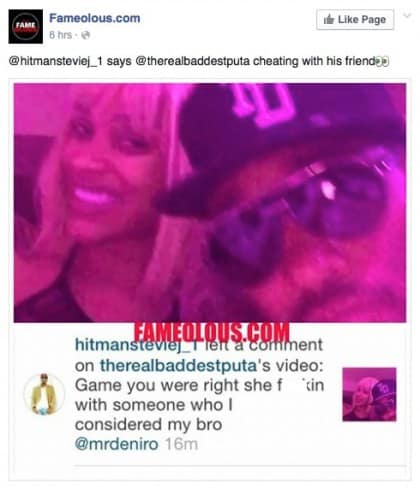 It sounds like Stevie J has a serious insecurity complex–especially for someone who’s supposed to be split up from his wife? But, as is so often the case with Love and Hip Hop Atlanta, there’s probably more going on behind the scenes than we know about just yet…

To try and keep up with Joseline, Stevie J, and the rest of the ATL crew, tune in to new episodes of Love and Hip Hop Atlanta Monday nights at 8 PM on VH1.