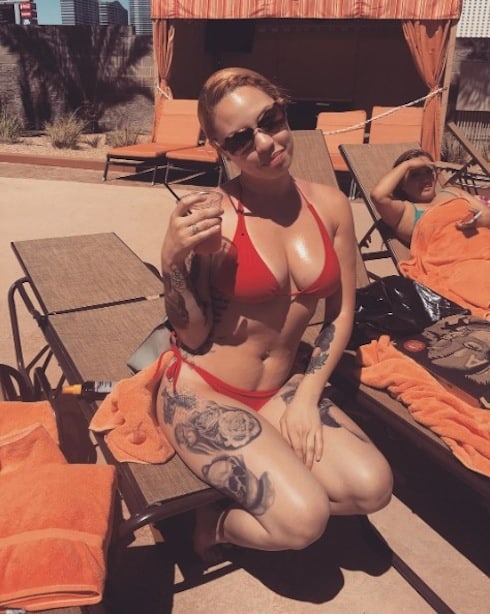 Did Black Ink Crew Chicago get canceled? Fans of the popular Black Ink Crew spinoff have been clamoring for more information about the 9mag artists ever since #BICC Season 1 ended last December. Fortunately, we now have an answer about whether or not there will be a Season 2, thanks to a brand-new interview from Kat Jackson.

Kat spoke with Rolling Out on a while bunch of different topics, many of them–surprise!–tattoo-related. But the question of Black Ink Crew Chicago Season 2 did of course come up…and Kat was able to confirm the show’s renewal! Here’s what she had to say–the specific question for Kat was “So, what’s next for you?”

Well, we have “Black Ink” season two coming up. I’ve been doing plenty of art shows. I’ve been traveling and tattooing lots of different clients of all different careers. I don’t know, I just work. I’m an artist, I just make the work. I actually have my new art studio that I opened that’s right upstairs from the shop, it’s on the fifth floor. So, I’ll be having a lot of different art shows. I want to collaborate with other artists and have shows. And that’s a big goal of mine, to really get my art out there. You didn’t get to really see too much of my paintings in season one. So, now I want to show the world that I have something more to offer outside of tattooing as well.

Elsewhere in the interview, Kat confirmed that Black Ink Crew Chicago will try to stay as dedicated as possible to the concept of tattooing as an art form. “Us being on TV was just allowing the world to see our work,” she explained. “So, it’s like no matter what you say about the drama and any confrontation, you can’t deny the fact that we do great tattoos, and at the end of the day, that’s what the show is supposed to be about.”

So, there you have it! Black Ink Crew Season 2 is going to happen! Though there isn’t a set premiere date yet, it’s believed that VH1 will debut Season 2 alongside Love and Hip Hop Hollywood, once the current seasons of BIC and LHHATL are finished airing.

In addition, though it hasn’t been updated recently, here’s a selection of high-quality work from 9mag’s official Instagram account, to get you excited about what’s coming out of Chicago:

Custom Color rose on back skin created by @phoreverim #9MAG