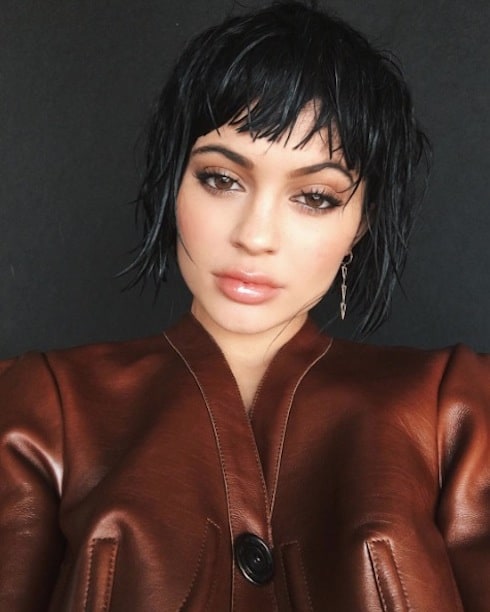 Are Kylie Jenner and Tyga engaged? It seems like every week there’s a new rumor about the controversial relationship between the 26-year-old occasional rapper and his 18-year-old budding fashion icon girlfriend. It was only a few days ago that Kylie and Tyga were said to be hot in the throes of a secret engagement, one that Kylie proposed–despite Tyga’s alleged cheating ways–in order to upstage rival Blac Chyna’s marriage to Kylie’s brother Rob. And it wasn’t long before that that Kylie was apparently hooking up with, and even possibly dating, 31-year-old French Montana, who was nonetheless keeping things with Kylie’s half-sister Khloe on the side. (These rumors are starting to involve more variables than an Arrested Development episode!)

Today, two sets of competing stories cast further doubt on the issue. Either Kylie and Tyga have been house hunting together all weekend and are ready to move in to shared digs, or a huge fight over an insult about a wig is bringing their relationship crashing down. The former report comes courtesy of noted UK tabloid the Daily Mail (and later verified by Inquisitr), which raises the possibility that the pair are “taking the next step” together. Though Kylie moved into her $2.7 million Calabasan mansion less than a year ago, she and Tyga spent the weekend looking at homes in Westlake CA, about eleven miles down Highway 101. Of particular interest was the fact that the houses all appeared to be considerably bigger than Kylie’s current pad. 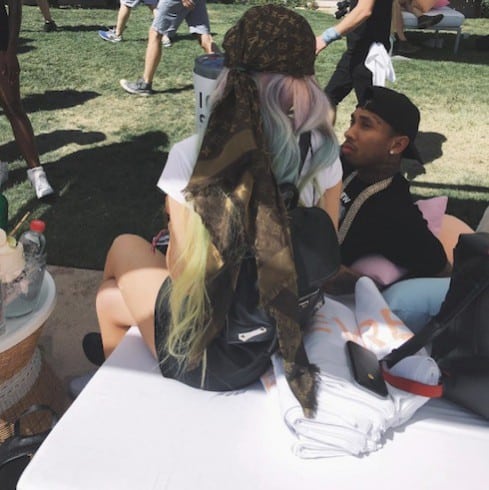 At the same time, the newest dispatch from Enstarz alleges an emotional “berating” of Kylie from Tyga. According to their sources, Tyga “supposedly dissed [Kylie’s] wig and ‘cursed her out'” during the fallout from an apparent disaster of a weekend at Coachella. “Kylie was trying to drag him around to parties by the hand,” said an insider, “but [Tyga] just looked annoyed for the majority of the weekend”–and he’s said to have snapped after Kylie “showed off her goods in front of other guys” while standing right in front of him.

“She was falling all over herself to get his attention,” explained the insider, who seemed to suggest that Kylie just wanted Tyga to get off of his phone and spend time with her.

RELATED ARTICLES: REPORT Kylie Jenner and Tyga get engaged (after he cheats again) in order to upstage Blac and Rob

(Photo credits: Are Kylie Jenner and Tyga engaged via Instagram)