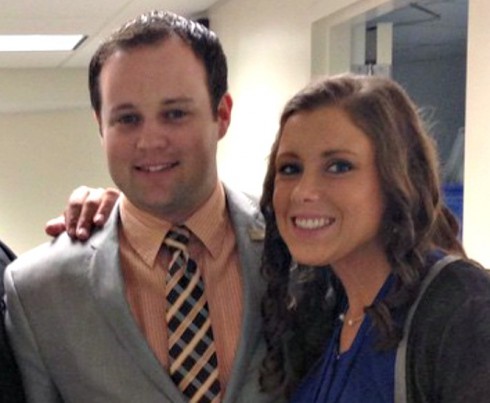 As a big step in their “long difficult road,” Anna Duggar revealed she recently visited husband Josh Duggar in rehabilitation, where he’s been for months since admitting to cheating on her. Anna spoke about that and how she continues to cope in a rare statement on the Duggar family’s blog. In doing so, she laid to rest rumors of a divorce — but also made it clear she isn’t ready to welcome Josh back with open arms.

Here’s the full statement from Anna on her status with Josh:

Many have asked how I am doing. So many have asked that its actually humbling and touching. 2015 was the most difficult year of my life. Yet, amazingly I’ve found that in my own life crisis God has drawn near to me (“He’s near to the brokenhearted” Psalms 34:18) and my faith has been more precious to me than ever before. Just recently I visited Josh. It was an important step on a long difficult road. I want to thank all of you for your prayers and your messages of hope. I can never express how your kindness and prayers have brought encouragement when I needed it most—outpacing the grief and discouragement at every turn. I trust that God will continue to show His love and tenderness toward us and bring beauty from ashes—somehow—as only He can do. Please continue to pray for me, Josh and our children.

During the recent run of Jill & Jessa: Counting On, Anna said she felt extremely betrayed by Josh, who was exposed as a cheater in the Ashley Madison leak. Reflecting on that, Anna said, “It’s such a hard thing to go through… What we’re walking through… It was hard to realize that it was such a public thing, and so not only was it a betrayal against me, but also it was a betrayal against those that call themselves Christians… and that loyalty was broken.”

Despite the wishes of some close to her, Anna’s been committed to making her relationship with Josh work. As she later said in the Jill & Jessa show, “When I got married, I vowed to God first and then to Joshua, ‘For better or for worse, ’till death do we part.’ I pray that through all of this that I would be an extension of God’s love to Joshua, that I would love him and forgive him and wait patiently and allow God to work through our hearts.”

Anna reportedly visited him around Christmas and there was a (somewhat laughable) report she believed she was pregnant again. Based on her statement, it sounds like Anna is taking it slow with Josh — whose tenure at rehab may stretch on for a few more months while she cares for their four children at home.