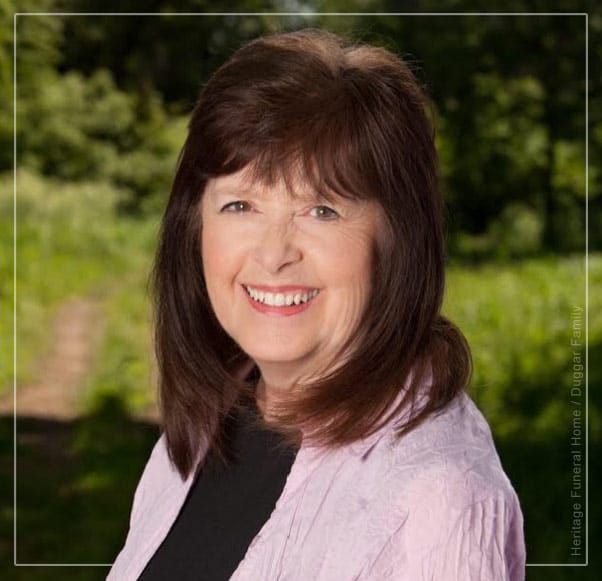 The coroner confirmed Mary Duggar’s cause of death with People after multiple media outlets were reporting that she may have drowned. The Duggar Family News Facebook page was the first to reveal that Mary may have drowned with a post on Monday:

It gets sadder. According to a source Mary was found floating in the pool at her home which is near the big house. The coroner was seen taking her away. This happened around 5:00pm. She was not very stable and probably just tripped or had another stroke. Damn!

The page previously revealed that Mary had suffered a stroke on on December 30 of last year.

Earlier today, Radar Online posted the 911 call for a “possible drowning” at a redacted address. “Big house in the back…older woman, 14 echo — unconscious. Medics are responding,” the dispatcher can be heard saying in the audio. The Duggar Family News Facebook page has two sources that confirm the incident happened at Mary’s house in her pool.

Radar adds that the Tontitown Police Department have opened an investigation into Mary’s death, but I am guessing that is standard with any drowning death.

Jana Duggar revealed on Monday that she had driven Mary to church earlier on Sunday in a touching Instagram post that included a gallery of photos of Mary. “On her last morning spent here on earth I drove Grandma to church where she worshiped her Savior,” Jana wrote. “Later that afternoon, she went to meet Him face to face! I’d say that’s probably how she would’ve chosen to finish out the day if she got to pick. ?”

Grandma Duggar will be greatly missed!! ❤️ – On her last morning spent here on earth I drove Grandma to church where she worshiped her Savior. Later that afternoon, she went to meet Him face to face! I’d say that’s probably how she would’ve chosen to finish out the day if she got to pick. ? – Grandma made a deep impact on each of our lives—first and foremost through her relationship with Jesus Christ, and secondly through her example of sharing the good news of salvation through Jesus with others! She would always be talking about the day she would see her Savior’s face and how much she looked forward to it! Yesterday was that day! She knew where she’d spend eternity and wanted everyone else to know that for themselves too. – This song reminds me of Grandma’s life. – ? “When We See Christ” ? Sometimes the day seems long, Our trials hard to bear. We’re tempted to complain, to murmur and despair. But Christ will soon appear to catch his bride away! All tears forever over in God's eternal day! — IT WILL BE WORTH IT ALL WHEN WE SEE JESUS! — Life's trials will seem so small when we see Christ. One glimpse of his dear face, all sorrow will erase. So, BRAVELY RUN THE RACE TILL WE SEE CHRIST. – May we all be reminded to run this race of life looking at the Author and Finisher of our faith. “Only one life, twill soon be past—only what’s done for Christ will last.” • #grandmaduggar #leavingalegacy #weloveyou

Mary Duggar’s funeral service will be on Monday, June 17, at Cross Church in Springdale at 1:00PM. Interment will be at Fairview Memorial Gardens in Fayetteville.

As a tribute to Grandma Mary, here is fellow Arkansas native Johnny Cash with a few friends performing the Carter Family classic “Will the Circle Be Unbroken:”