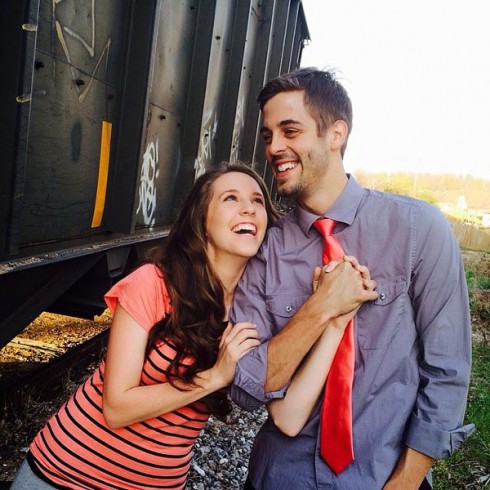 Although their romance may have come across as a whirlwind to fans — considering their courtship was just revealed in late March — Jill explained she and Derick were very cautious with how the relationship progressed.

“I don’t want to get hurt or hurt someone else,” Jill told People in an exclusive interview about her engagement. “It’s best to get to know a person as well as you can before you’re emotionally invested.” 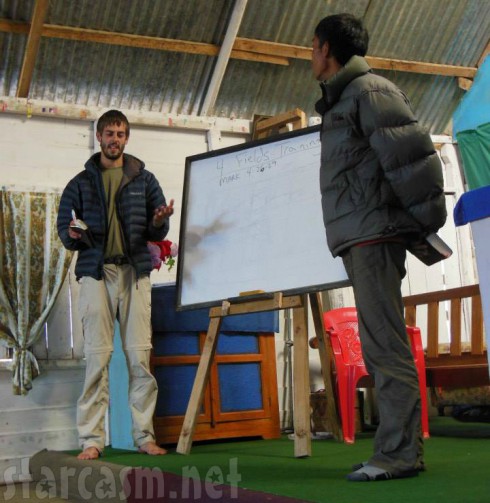 Derick during his time as a missionary in Nepal.

After many conversations, Jim Bob thought the 25-year-old Arkansas native could be a good fit for Jill. But, before speaking for the first time via Skype, Jill wrote out a three-page-long list of questions. Among them: How many kids did he want? When did he want to start having them? Did he drink? Smoke? What is the No. 1 thing your parents taught you? What would the best marriage look like?

“I knew if I asked him a lot of questions, if we agreed, great, and if we didn’t, it didn’t need to go further,” Jill said. “It’s a lot like throwing up — it feels terrible when you are doing it, but you feel much better afterwards.”

The conversation was successful, albeit very long. They continued to talk and pray through Skype (with her parents chaperoning the digital dates) until Jill met Derick in person for the first time during a November trip to Nepal with her dad. Derick asked Jill if she would like to make their courtship official around that time.

Their relationship was able to blossom even more when Derick returned to Arkansas late last year to begin an accounting job. He was likely also put through the wringer by Jill’s brothers — just as they did with Jessa Duggar’s suitor, Ben Seewald, during a recent episode of 19 Kids and Counting.

In late March, Jill and Derick went for lunch in nearby Bentonville, Ark. (With sisters Jana and Joy in tow as chaperones.) Afterward, during a walk in the park, a stranger asked whether he could sing them a love song.

“By the second verse, I knew the song was about Derick and me,” Jill said, explaining more musicians joined in before Derick dropped to one knee and pulled out a .63-carat solitaire diamond ring he designed.

Derick added, “I shared how much I loved her, how I couldn’t imagine life without her, and I asked her, ‘Will you marry me?'”

Then, for the first time in their romance, Derick was able to take Jill’s hand and slide on the pretty ring.

“It was great to grab her hand for the first time,” he said, explaining they outlawed handholding before their engagement.

Jill elaborated about the physical intimacy boundaries, “We want to save the physical side of our relationship for our wedding day and not go further than we should. If you are kissing, it gets more intimate. Obviously, you can kiss and not have sex. It’s about setting a higher standard so you don’t struggle.”

For now, the couple’s main struggle is with planning for their wedding, which will take place “in a few months.” Thankfully, they are employing the help of a wedding planner — and banking on volunteer-basis assistance from Jill’s 18 siblings.