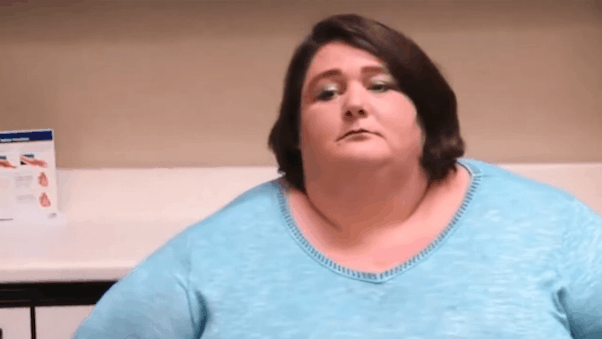 It’s been a long two weeks for the family of My 600 Lb Life cast member Coliesa McMillian, who passed away in late September from acute kidney failure and surgical complications. Since her unexpected death and the running of the Coliesa McMillian obituary, her family has also been struggling with the cost of the funeral. They’ve set up a GoFundMe to help, and are asking the My 600 Lb Life community for donations.

Coliesa unfortunately spent significant stretches of 2020 in the hospital. She even missed the premiere of her My 600 Lb Life episode while in a medically induced coma after one of her gastric sleeve sutures popped and Dr. Nowzaradan performed emergency surgery. Coliesa developed sepsis, and actually flatlined on the operating table before being brought back to life.

Since Coliesa’s death, her episode has been removed from TLC’s web site and mobile app.

Recently, Coliesa’s family took to social media to remind well-wishing fans of their fundraiser, which has been largely overlooked since Coliesa’s passing. The GoFundMe page features a short tribute written by Coliesa’s brother, Homer. “Trying to raise money to bury my sister,” Homer wrote. “In life she always tried to help everyone hopefully we can help her now.”

When we reached out to Coliesa’s family about the fundraiser, they told us they hoped fans would be as generous toward Coliesa in death as she was toward other people in life:

Coliesa was the type of person that if you were hurt she bandaged you, if you broke she fixed you, she loved unconditionally and didn’t expect half as much love in return. Her last few weeks she realized who her true friends and family was because those are the ones that stayed by her, and did not ask for anything. Now is when everybody needs to show that she is worth more than just words on a piece of paper.

The family is also “selling chocolate candy bars and doing a garage sale” to raise money. Fans interested in either can visit Coliesa’s fan page for more information.

As for the Coliesa McMillian obituary, the lengthy remembrance originally ran in the Baton Rouge Advocate. And it’s a tribute to the love in Coliesa’s life that so much of her obituary consists of the names of her extensive family members. By our count, Coliesa is survived by four daughters; seven sisters; six brothers; and numerous other blood family members and in-laws.

If you’d like to contribute to Coliesa’s family’s funeral GoFundMe, you can do so here.