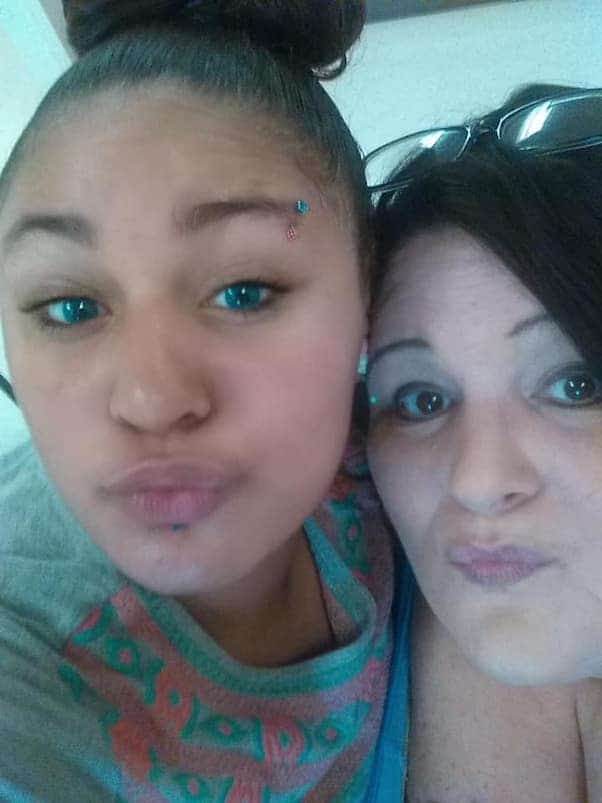 We have an unfortunate and dire My 600 Lb Life Coliesa update on the show’s newest cast member. Coliesa’s niece Blair Shelton, who featured alongside her aunt in several scenes from Coliesa’s episode, revealed the Season 8 star has been on life support for a full week after flatlining in her hospital bed. Making matters worse, Coliesa had already been hospitalized for nearly a month due to complications from her weight loss surgery.

Coliesa McMillan’s My 600 Lb Life episode was noteworthy as soon as it aired. The 41-year-old Louisiana native, who began her weight loss journey at 643 pounds, was one of the very few patients Dr. Nowzaradan operated on before Coliesa had lost enough weight to be approved for surgery. A potential medical emergency forced his hand: the constant stomach pains from which Coliesa began suffering could have been a dangerous intestinal blockage — but her weight made it impossible for doctors to determine the true cause.

Fortunately, Coliesa’s heart was determined to be strong enough to survive gastric sleeve surgery, and the danger passed. All told, Coliesa lost around 150 pounds by the end of her episode, vowed to quit smoking, and appeared to embrace a healthier lifestyle.

But it turns out that Coliesa wasn’t able to watch her My 600 Lb Life debut at all. Blair, herself a nurse, gave the first shocking My 600 Lb Life Coliesa update on March 18 — the day the episode aired. It seems Coliesa began suffering from sepsis after a suture from her gastric sleeve surgery popped. Pulmonary edema forced Coliesa “on a vent for 2 and a half weeks”; after that, doctors put her into a medically induced coma.

Below is a screenshot we received of Blair’s My 600 Lb Life Coliesa update in a chat group devoted to the show, followed by a transcript of her remarks: 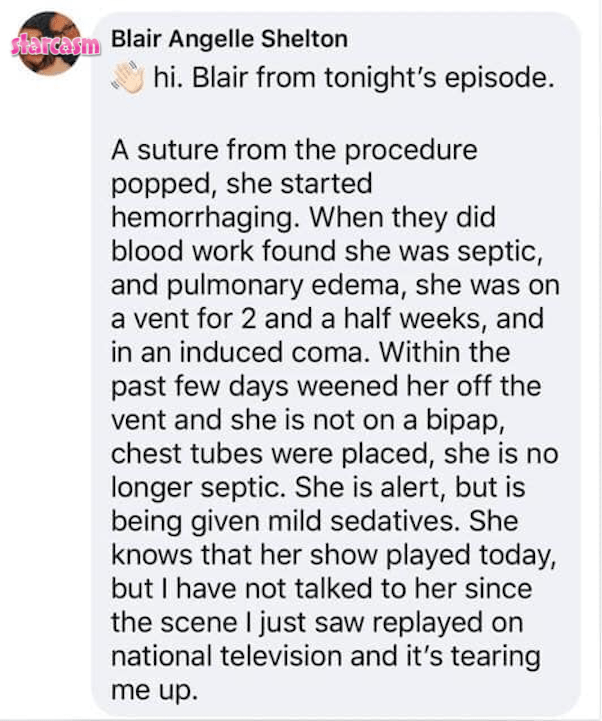 A suture from the procedure popped, [Coliesa] started hemorraging. When they did blood work they found she was septic, and pulmonary edema, she was on a vent for 2 and a half weeks, and in an induced coma. Within the past few days weened her off the vent and she is not on a bipap, chest tubes were placed, she is no longer septic. She is alert, but is being given mild sedatives. She knows that her show played today, but I have not talked to her since the scene I just saw replayed on national television and it’s tearing me up.

The very next day brought even worse news. On March 19th, Blair gave what as of this writing is her last update on her aunt’s condition. For reasons Blair didn’t explain, Coliesa flatlined in her hospital bed, and was quickly put on life support. None of Coliesa’s family members have shared new information since then; presumably, Coliesa remains on life support today. 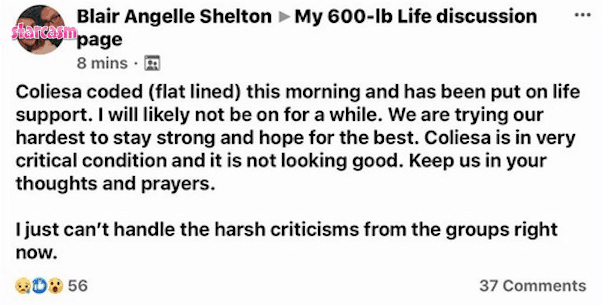 Coliesa coded (flat lined) this morning and has been put on life support. I will likely not be on for a while. We are trying our hardest to stay strong and hope for the best. Coliesa is in very critical condition and it is not looking good. Keep us in your thoughts and prayers.

A few days before Coliesa’s health worsened, her daughter Hannah posted an update from her mother’s hospital bed, including several photos of Coliesa while sedated. (Though Hannah’s update came before either of Blair’s, we’ve chosen to write about it in non-chronological order to avoid giving the impression that the photos are of Coliesa in a coma.)

“I love you mom you please get better ?,” Hannah wrote, on March 15. “I’m down here with my mom I had to come see her ..she can’t talk to me tho but she hear everything I’m saying ?she was up trying to talk but she couldn’t ..please heal her god !!!she heard me say mom and she opened them eyes big.”

Below are two of the photos Hannah took of Coliesa under sedation. Before scrolling down, be advised that you may find the photos difficult to look at.

The first is of the upper half of a sleeping Coliesa’s bed: 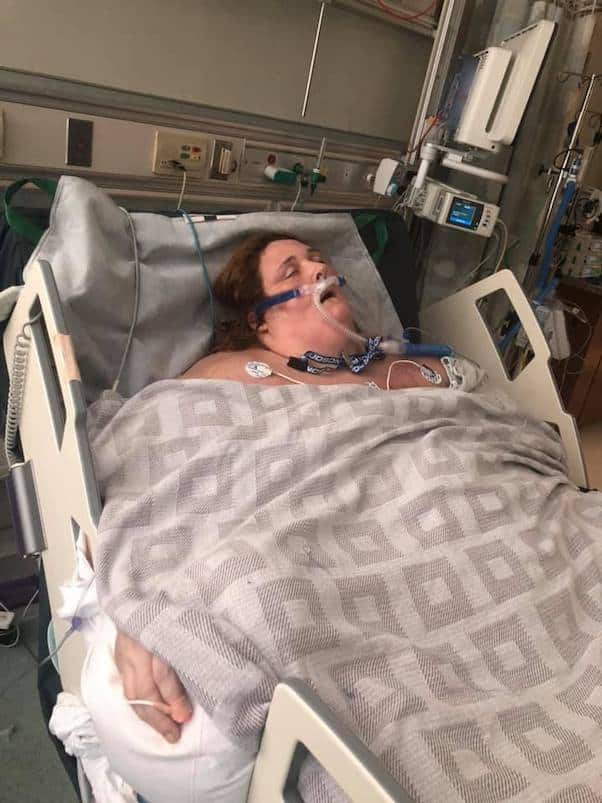 And the second of the photos we’re publishing here is a taller shot, featuring what appears to be breathing apparatus on the floor beside Coliesa’s bed: 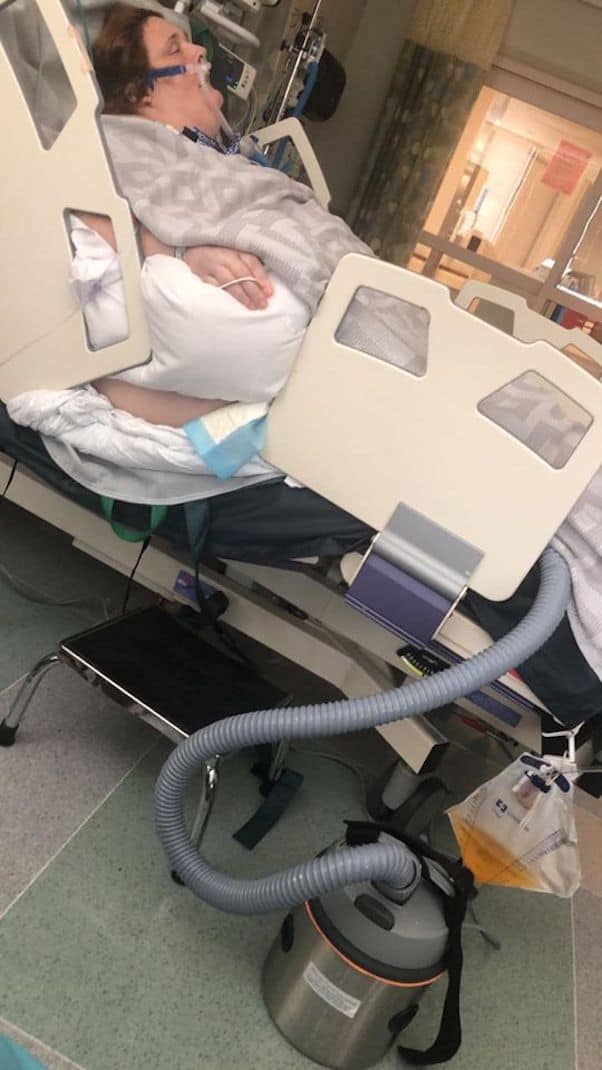 Finally, the next day, Coliesa’s daughter Hannah shared more photos of herself and her mother, from before Coliesa’s hospitalization (including the one at the top of this article). Hannah included a heartfelt plea.

It doesn’t look like Coliesa has a viewer-specific social media page, but fans of her weight loss journey and well-wishers can offer messages of support for Coliesa’s family on her personal Facebook page, which is public. Coliesa’s episode is also available for streaming via TLC.