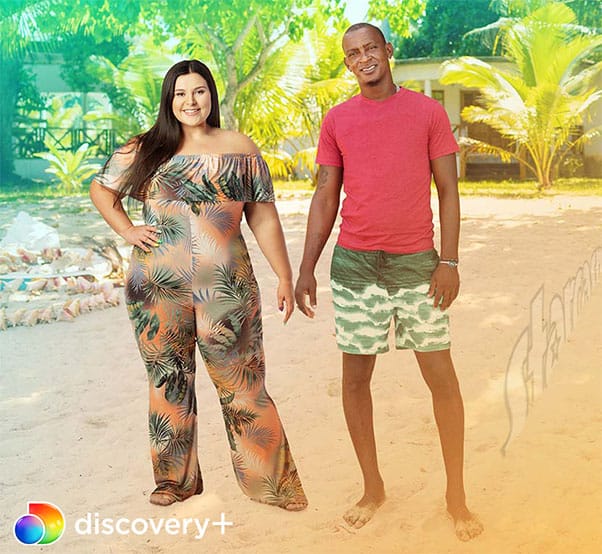 The newest installment of the 90 Day Fiance franchise is here! 90 Day Fiance: Love In Paradise features “four couples who found love in the Caribbean and are hopeful their relationships will continue, despite the miles and drama between them.” In addition to having a Caribbean theme, the discovery+ show is also different from previous franchise installments in that is has full-on nudity!

One of the four couples featured on the first season of Love In Paradise consists of 25-year-old American Aryanna and 35-year-old Jamaican Sherlon. “Nine months ago, Aryanna vacationed in Jamaica and met Sherlon,” the duo’s official network bio reads.

Sherlon is described as a “tall Jamaican man who runs his dad’s tour boat business” before the bio takes a quick left turn by adding that his tour boat job is “in addition to working at a resort for swingers.” Yep, sounds like a potential 90 Day Fiance cast member!

Aryanna and Sherlon were only together for a few days last summer, but they made the most of their time together. As a result, Aryanna found out after she got back to the United States that she was pregnant. The season picks up six months after her initial trip to the Caribbean as cameras follow Aryanna back to Jamaica to try to convince Sherlon to move to the United States, marry her and raise their child(ren) together.

Did Sherlon move to the United States? Did Aryanna have her baby?

Odin was born a little more than two months early, but he got to go home pretty close to Aryanna’s initial due date. According to a photo posted on Facebook, Aryanna was able to take Odin home on March 24, which was 57 days after he was born. Here’s the photo, which also included Aryanna’s mom, Karen: 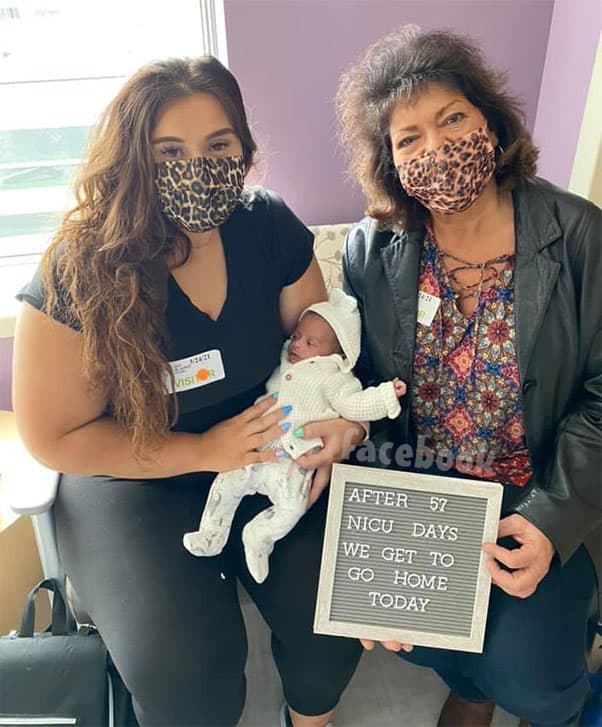 If you’ve been following along closely, and you’ve done the math, then you might realize that Odin was born not long after Aryanna was scheduled to make a trip back to Jamaica. (It says in her network bio that she was six months pregnant when she planned to return.) If you’ve watched the Love In Paradise preview trailer, then you know that Aryanna does make it back to Jamaica to see Sherlon while pregnant. She also brings her mother and two sisters with her!

So what was the timing exactly? Aryanna posted several photos online with Sherlon in Jamaica in July of 2020. One of her sisters was also there. According to the discovery+ bio, this is when Aryanna and Sherlon met, but I found something that seems to throw a bit of a monkey wrench into that narrative.

Aryanna and the same sister also made a trip to Jamaica the year before, in July of 2019. In May of 2020, Aryanna posted photos of herself taken in Jamaica on Instagram. “My fav place! Can’t get back there soon enough ❤️,” Aryanna’s sister commented on a couple of the photos.

“Yeah I miss the Reefa Boss,” Aryanna’s sister replied, also tagging the Instagram account for Sherlon’s boat tour business. I don’t think this is any sort of plot-breaking fraud or anything, but I thought I would mention that Aryanna may have met Sherlon in 2019.

Aryanna’s other sister posted a photo of herself on what looks to be a Jamaican beach on January 7, which seems to line up perfectly. Unfortunately, I wasn’t able to find ANY other evidence online of the January trip. This is most likely because filming had started and everyone involved was instructed to no make any new posts.

As stated above, Aryanna’s baby Odin was born in late January. That means that she either gave birth almost immediately after returning home, or else she gave birth in Jamaica (or somewhere in between while traveling back). There are no photos of Odin just after his birth, but the photos just before he returned home are from a Springfield, Illinois hospital near Aryanna’s home. 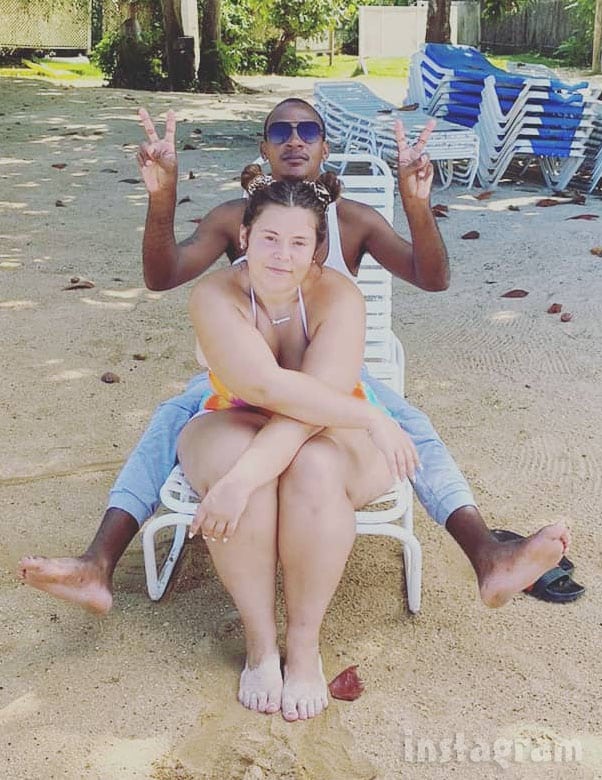 Is Sherlon in the United States?

Unfortunately, I do not have a smoking gun answer to this question. All of the evidence — or lack of evidence — suggests that Sherlon is still in Jamaica, but I cannot confirm that.

There are numerous photos of Odin online, include several posted by Sherlon, but Sherlon himself is in none of them. That could be due to restrictions put in place by producers, but given that Aryanna was able to spoil things by posting photos of Odin and reveal his premature birth, it seems like Odin could have posted a photo or two with his son if they were together?

I will continue to investigate and will be sure to update if I am able to confirm whether or not Sherlon is in the United States or still in Jamaica.

On a side note, which I assume will be mentioned on the show, Aryanna isn’t the only one making the trip to Jamaica while pregnant! Aryanna’s sister was also pregnant at the time, although not as far along. She gave birth to Odin’s cousin, a baby girl, just last month!

If you want to watch Aryanna’s return trip to Jamaica with her family unfold on screen, then just log onto discovery+ now and check out the premiere episode of 90 Day Fiance: Love In Paradise! I am guessing new episodes will be posted every Sunday?

90 DAY FIANCE SPOILER! Are Mike and Natalie back together? And in the US?!