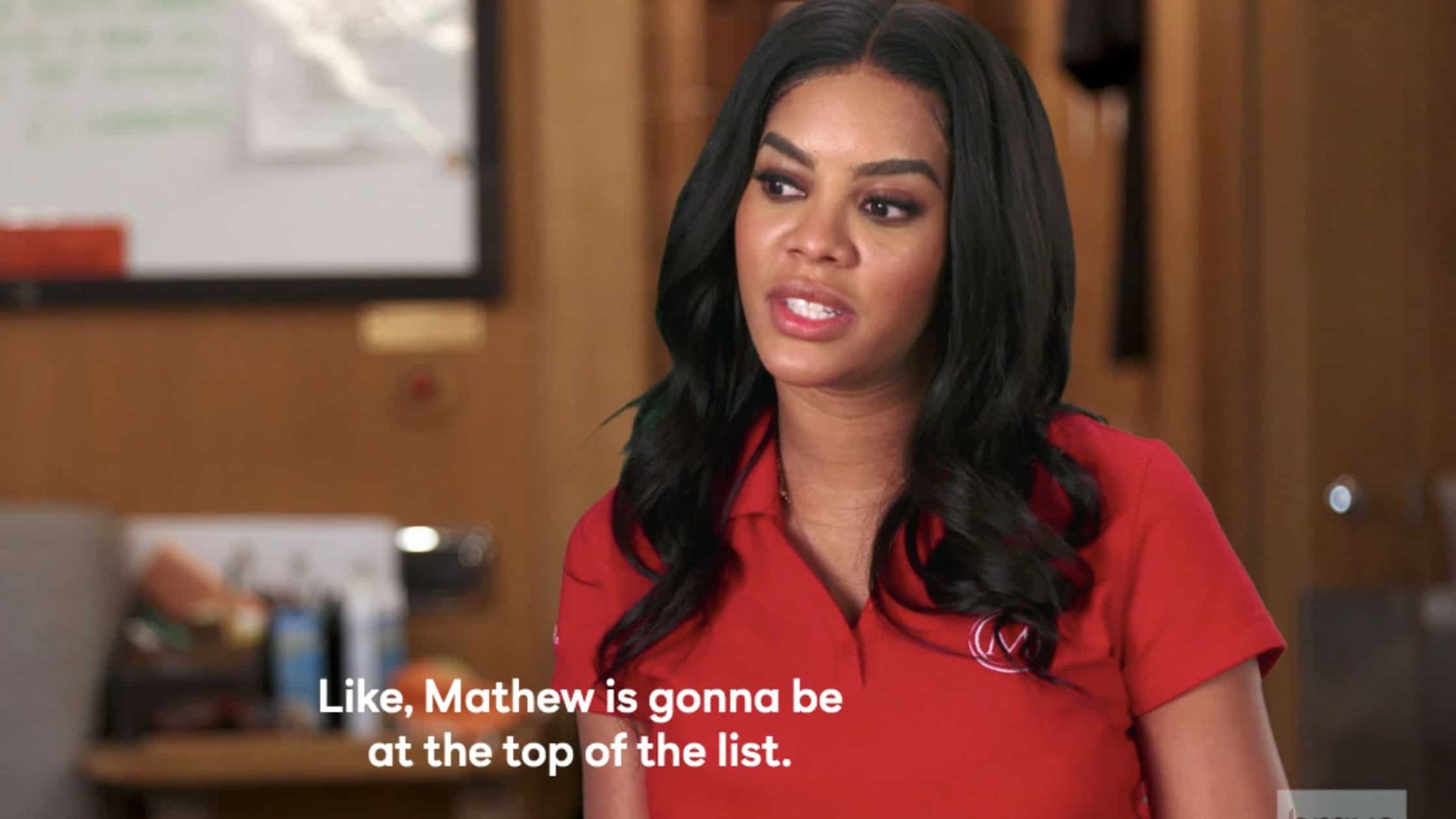 Second stew Lexi Wilson has butted heads with Chef Mathew several times already on Below Deck: Mediterranean Season 6. Now, it seems she’s ready to add his name to her burn list. Later in episode four, Lexi shows off that list, which has quite a few names on it dating back to her time in pageants.

“Before I joined the boat I started this list: things that bothered me. Mathew is going to be at the top of the list,” Lexi says in confessional during a pre-charter spat over where to store vegetables on the boat.

Later in the episode, Lexi is seen reading the Bible and then gets out her burn list in front of her bunkmate bosun Malia White. 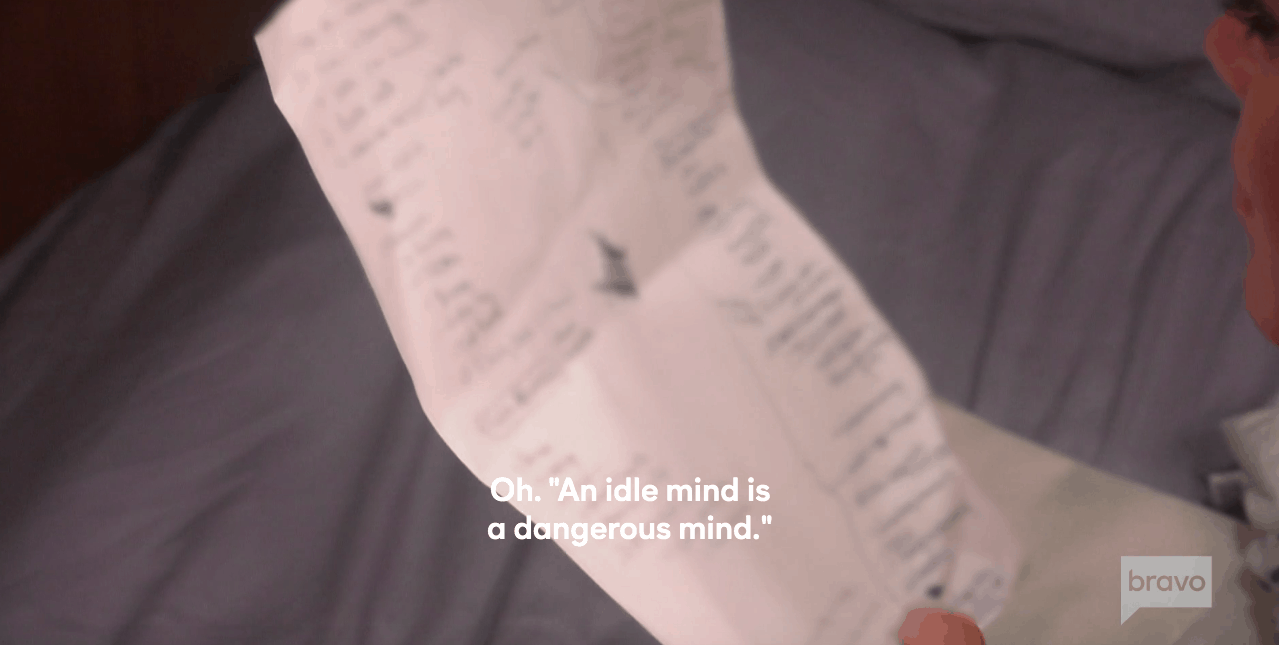 Malia then asks to see the list and if she’s on it. She’s not, but from now on she’s wary of crossing Lexi. “It kind of makes me want to sleep with one eye open,” Malia says in confessional after discovering Lexi’s burn list.

“‘An idle mind is a dangerous mind,'” Lexi laughs as she explained why she started it. “I was idle. I was like ‘Let’s see all the people who wronged me.'”

“Ohhhhhh,” Malia says warily as she reads over the list while Lexi elaborates that when she wins pageants she encounters “evil people.” Her ultimate goal is for these people to “see her success one day and wish they were nice to me.” Lexi was crowned Miss Universe Bahamas in 2013. From the sound of it, she must have made a lot of enemies on that journey.

“That’s a long burn list girl,” Malia commented as she probably tried to process how to not end up on it. It’s unclear if Chef Mat was at the top of the list yet, but Malia didn’t seem to see his name.

A previous spat between Lexi and Mat happened during the last charter when Mat asked Lexi not to walk in the pile of dirt he had swept up. Lexi had also nibbled down a couple of the lamb chops that were prepared for the guests, which is ok if the guests had had enough. In this case, the guests did want more, and the show made it look like she had eaten lamb meant for the guests.

In her Instagram stories Lexi claimed that this assumption was an editing manipulation and that the chops she munched on were scraps. “It was scraps. Literally scraps on a bone,” Lexi said. “2 pieces of bones. Now I understand when an industry friend told me it’s not the cameras you should be concerned about it’s the editing.”

BELOW DECK Kate Chastain’s book Lucky Charming is out now!