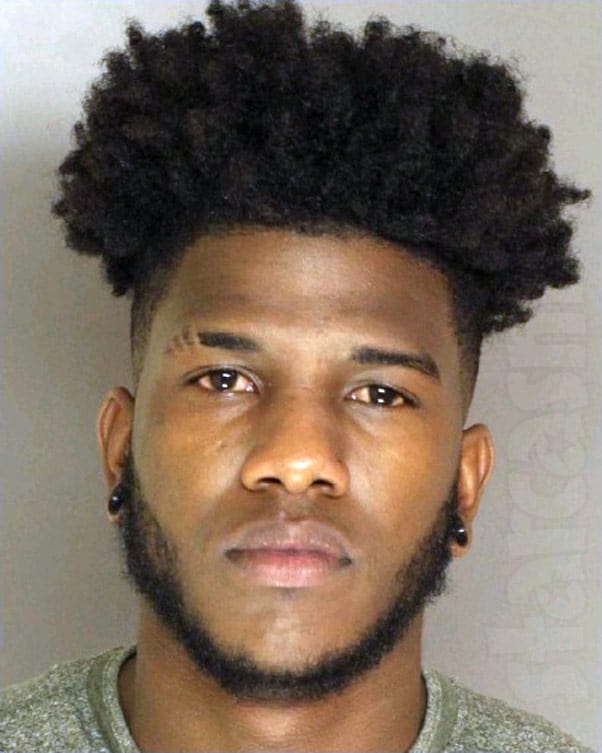 UPDATE – There has been some conspiracy theorizing among 90 Day Fiance fans due to the fact that Jay does not appear to have the tattoo of the outline of Jamaica on his left temple in his mug shot photo. Jay live streamed the tattoo session last week. Here’s our Instagram post about the “controversy:”

A lot of people are pointing out that #90DayFiance #HappilyEverAfter star @jay_smith_ja doesn't appear to have his face tattoo in his mug shot photo. In case you missed it, he live streamed getting the outline of Jamaica tattooed on his left temple last week. (It appeared to be his right temple, but the video was flipped.) The booking photo was posted by the arresting agency in Upper Allen Township, along with his arrest details, on Wednesday. It just doesn't make sense to me that they would post an older photo they had on record for some reason. My guess is that Jay does have the tattoo, you just can't make it out in the mug shot photo. If you check out the brief clip included above, which was recorded just after the tattoo process was over, you can clearly see how lighting and angle make the tattoo seem to disappear and reappear. And this was immediately after the process when the tattoo would have been even more visible. (@90dayfiancemuse has the full 6+ minute video) Anyways, I just wanted to acknowledge that I am aware of the apparent discrepancy since so many people were pointing it out.

The department provided the following information about Jay’s arrest, which lines up with what we have previously reported:

On July 2, 2019, Upper Allen Police investigated a report of a PFA violation. The protected party lives in Upper Allen Township and reported a social media post made by Smith, which was in violation of the order. As a result of the investigation, an arrest warrant was obtained for Smith. On July 3, 2019, Smith was taken into custody without incident. Smith was transported to the Cumberland County Prison for processing and arraignment. A hearing will be held at a later date.

After being booked for the PFA violation, Jay was later taken into custody by Immigration and Customs Enforcement and transferred to York County Prison where he is still in custody: 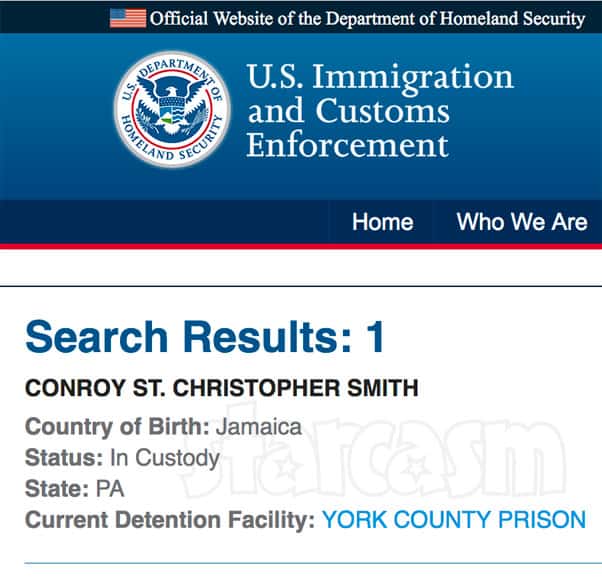 Ashley revealed in an interview earlier today that the PFA “specifically said in there ‘you’re not allowed to talk about this PFA or Ashley at all on any social media platform.’” Within hours of being served, Jay reportedly ignored the PFA with the following post made to his Instagram story: 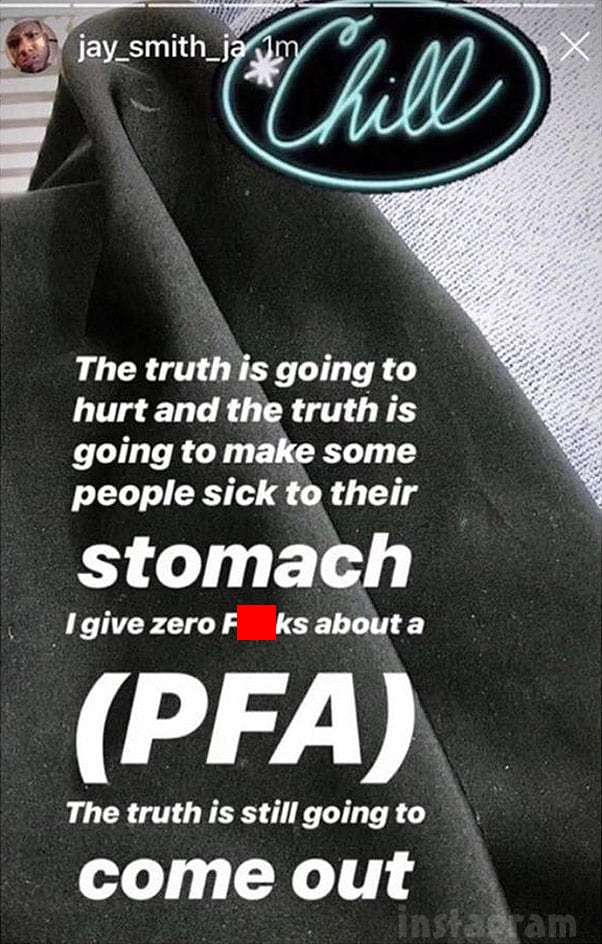 It’s unclear what “the truth” is that Jay is referring to which will “make some people sick to their stomach,” but given the couple’s history of going to any measure necessary to gain attention for themselves, I do not doubt his claim. He has previously stated that he was holding back on revealing some information about Ashley because he was concerned that her children would find out. It sounds as though his concern for what Ashley’s children know about their mother may have evaporated.

Given that Jay is currently in a prison facility in ICE custody, I doubt that he has access to the internet and social media. But, as he has proven as recently as this week, NOTHING can keep Jay away from social media! So perhaps we will be hearing “the truth” about Ashley soon. (All joking aside, I am predicting that we get Jay’s story either from his sister or via a prison interview with a #linkinbio type website.) We will certainly continue to monitor the story, and will be sure to update with anything newsworthy.

Meanwhile, Jay joins a rapidly growing list of 90 Day Fiance: Happily Ever After stars who have been arrested after appearing on TLC. That list includes Jorge Nava and Larissa dos Santos Lima. (The Potthast family mug shot collection, Molly Hopkins’ mug shots, and Danielle Jbali’s mug shot photo were all prior to their TLC debuts.) Who do you think will be the next Happily Ever After star to pose for a booking camera? I think Andrrrrrrei’s anger issues are overblown for the cameras, so I’m going to put my money on Ashley.