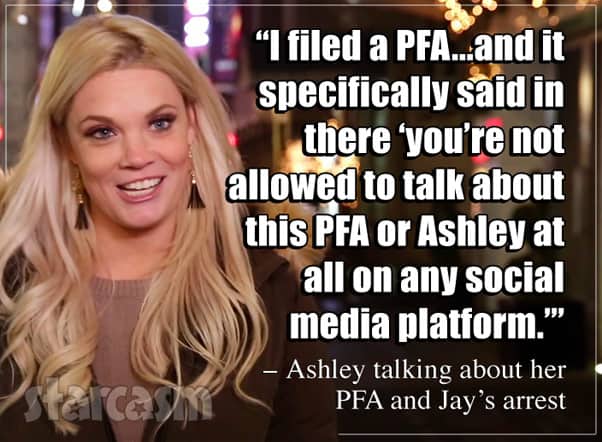 As we previously reported, 90 Day Fiance: Happily Ever After star Jay Smith is currently being held in ICE custody at York County Prison in Pennsylvania after he allegedly violated a Protection From Abuse order filed by his estranged wife Ashley Smith earlier this week. Ashley has since revealed exactly what happened in a #linkinbio interview with Celebuzz.

Ashley tells the site that the most recent issues began while she was out of town enjoying a tropical cruise. She says Jay broke into her house while she was away, and when she informed police about the incident, they suggested she take out a Protection From Abuse order against him.

“I filed a PFA, and I took all the evidence in on Monday,” Ashley tells CeleBuzz. “Jay was served at 7:10 PM on Monday, and it specifically said in there ‘you’re not allowed to talk about this PFA or Ashley at all on any social media platform.’”

If there’s anything that niether Jay nor Ashley will ever allow, it’s being told what they can and cannot post on social media! So, the very next day Jay reportedly posted online about the PFA. Police were made aware of Jay’s posting, and a warrant was issued for his arrest.

Ashley says she received a call at 1:30AM this morning letting her know that Jay had turned himself in.

This is where the issue with immigration comes in. Jay was seen by a Judge this morning and was charged with a PFA violation. He was able to be released without bail, but immigration had a detainer on him, so local police turned him over to ICE. Today, Jay will be transferred from Cumberland County to York County Prison, which serves as the immigration detention facility for the area.

“I filed for his green card and then I retracted it because he cheated on me again,” she said.

ICE had been looking for Jay since Friday, according to Ashley, because without a green card he is technically residing in the US illegally. Immigration planned to detain Jay on Monday July, 8, regardless of if he had broken the PFA.

Ashley says she and Jay are scheduled to appear in court for a hearing about the PFA violation next Wednesday. She was told by an immigration official that it is possible that Jay could be released on bond, but it is unlikely.

Despite being part of one of the most dysfunctional “marriages” in reality television history, Ashley is still claiming that she loves her Jamaican husband, and that the most recent chapter in their horrifying ? show of a relationship has her bummed out. “This is a very sad situation overall,” she says. “I still have a great deal of love for him so it isn’t easy…Picturing my husband in jail is the worst feeling in the world.” 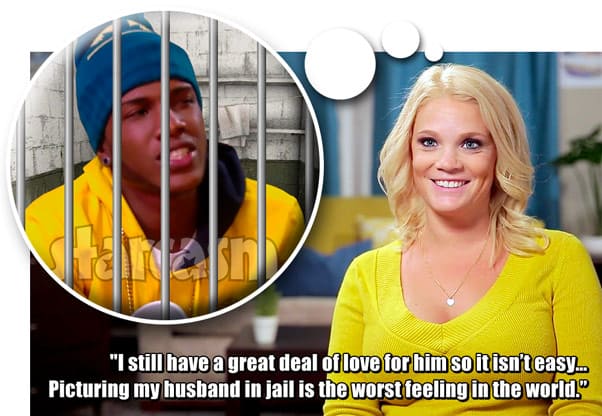 For the rest of Ashley’s interview, including her reaction to being called racist as well as her explanation for the whole “throwing a fire extinguisher through Jay’s window” thing, head on over to Celebuzz!