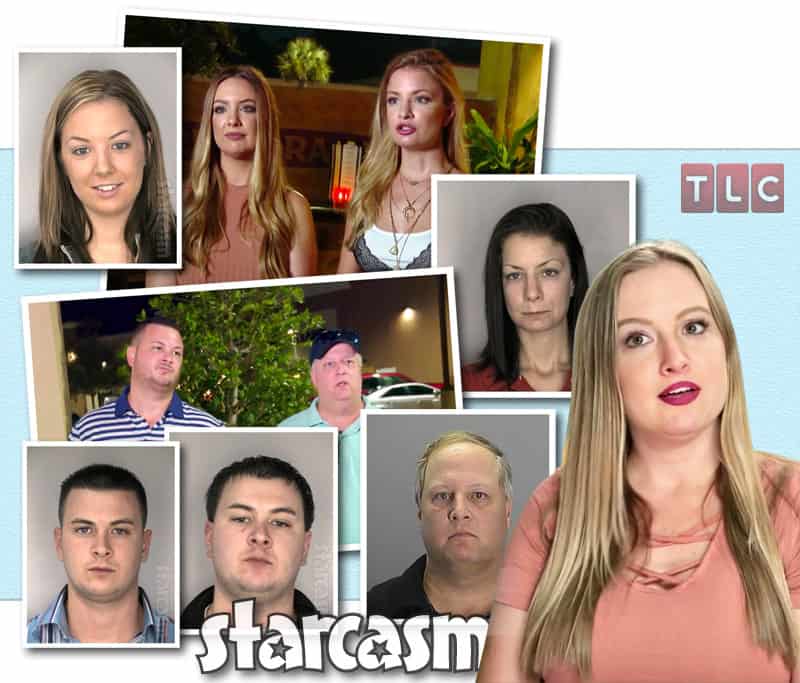 On the current season of 90 Day Fiance, 27-year-old Elizabeth Potthast from Tampa is having some difficulties trying to convince her family that her 31-year-old Moldovan fiance Andrei is trustworthy and not just marrying her to get a green card. But, it seems Andrei could easily have turned the tables on Elizabeth’s family because the Potthasts have quite the history of run-ins with the law!

We will start with perhaps the biggest anti-Andreist, Elizabeth’s dad, Charles “Chuck” Potthast, Sr. According to online records, ol’ daddy Chuck was arrested back in 2009 in Florida over unpaid child support. Here is his mug shot photo: 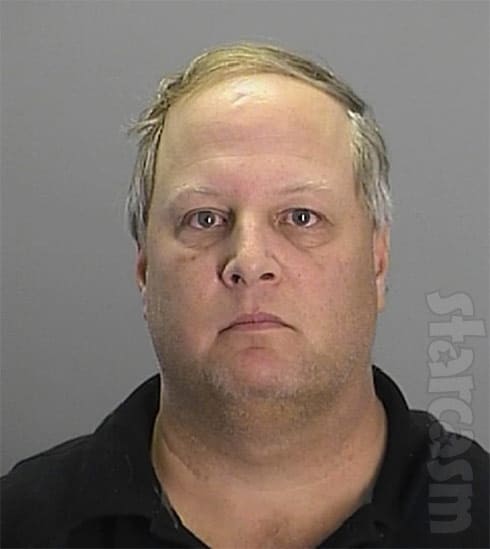 Chuck was facing a contempt of court charge over a purge amount of $17,564 — which is the amount the court demanded he pay in a lump sum for missed child support payments. It does not indicate the total amount he was allegedly in arrears for. Not exactly the kind of thing that should appear on someone’s resume who is serving as a judgmental gatekeeper for who would be a good husband or not, right? (Dude looks pretty intense!)

#90DayFiance We look into Elizabeth Potthast's dad Chuck's real estate business & found LOTS of negative reviews & even more lawsuits, most all of which involve the company leasing out foreclosed homes with the ownership in dispute. 😬 #HappilyEverAfter https://t.co/9pIIvkCTmC pic.twitter.com/k3t78VtBmI

Next up is Elizabeth’s aspiring model and fashion designer sister Rebekah “Becky” Potthast, who looked DRAMATICALLY different as a brunette when she posed for this booking photo in 2008: 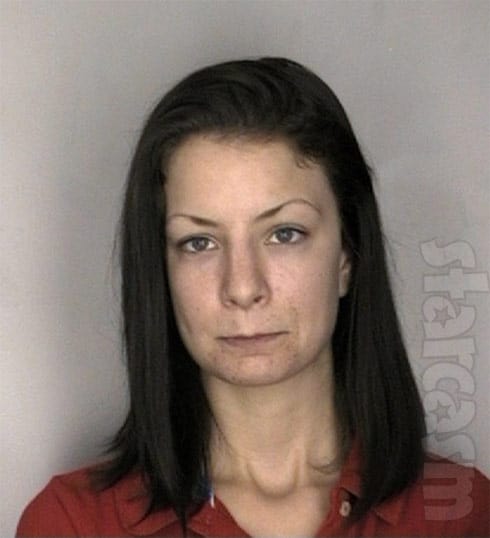 Becky, who was 22 at the time of her arrest, was allegedly driving with a revoked, canceled or suspended license “W/KNOWLEDGE.” I’m guessing there is an interesting story to explain how a 22-year-old woman in Florida lost her driver’s license, but I couldn’t find anything online.

UPDATE – Apparently there is a great deal of debate over whether or not that is actually Elizabeth’s sister Becky in the mug shot photo above. I can TOTALLY tell it’s her, just without makeup and perhaps a nose job, but it seems that some people refuse to believe it’s the same person. The Rebekah Potthast in the mug shot photo above is from the same city; has the same first, middle, and last name (and same spelling of course); and has the same birthday. (There was other information confirming her identity, but some of it is a little personal, and I just don’t think it’s needed here, right?) Now, let’s all focus all that conspiracy theory energy on why it seems like no member of the Potthast family has a valid driver’s license! 😉 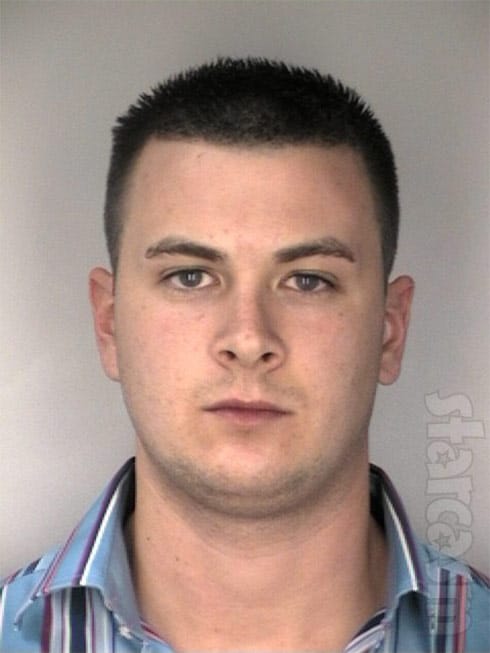 Next up is Elizabeth’s brother, Charles Potthast, Jr. Charles was booked in Florida in 2005 (mug shot photo above) and charged with a DUI in addition to driving with a revoked, canceled or suspended license. It indicates that he refused testing in his DUI arrest.

The following year, Charles was arrested again in Florida, and this time he was charged with possession of cocaine: 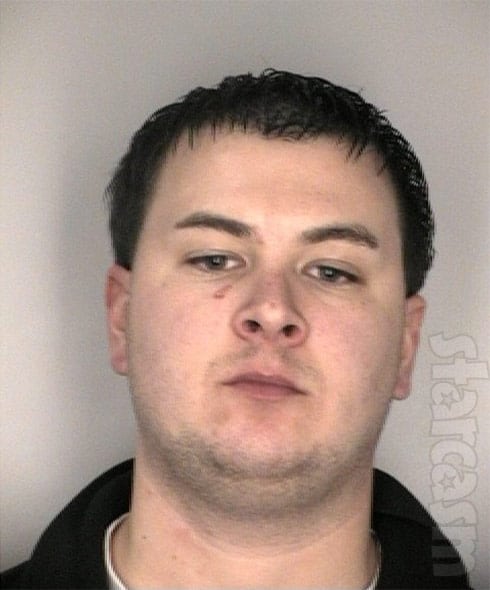 Elizabeth’s other sister Jennifer “Jen” Potthast was also charged with driving with a revoked, canceled or suspended license when she was booked in Florida in 2005: 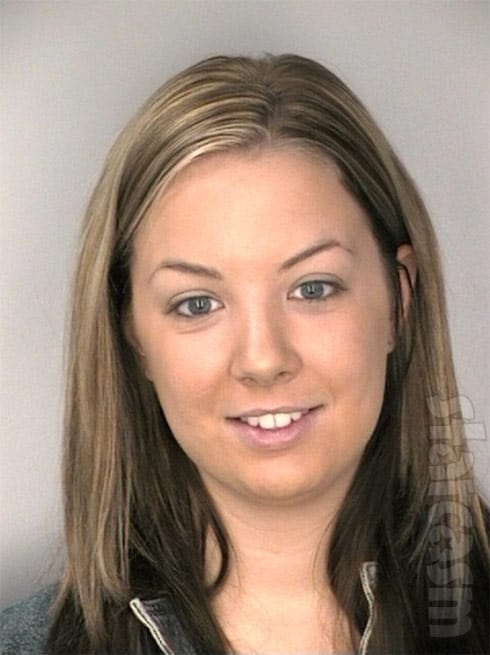 Jen was also charged with operating an unregistered vehicle. Although she was picked up the same year as her brother, the arrests were one month apart — in case you were curious. (I was wondering if perhaps the whole family wasn’t having some sort of “no license joy ride” in multiple vehicles.) On a random side note, I think Jennifer is the clear winner of the Potthast Family Best Mug Shot Photo Award!

Another of Elizabeth’s brothers, that I don’t believe has appeared on the show, was charged with possession of less than 20 ounces of marijuana as well as possession of drug paraphernalia in 2004. If I find out that he did allow himself to be filmed for the show, I will add his mug shot to the post.

So there you have it! I just wish I could email this post back in time to Andrei so he could have printed it out for his first meeting with daddy Chuck and big bro Charles. 🙂 As it turns out, it didn’t really matter because Andrei and Elizabeth ***SPOILER ALERT*** did eventually get married. Click the link for details.

Be sure to keep up with the entire Potthast family (and Andr-r-r-rAY) with new episodes of 90 Day Fiance airing Sunday nights at 8/7c on TLC.