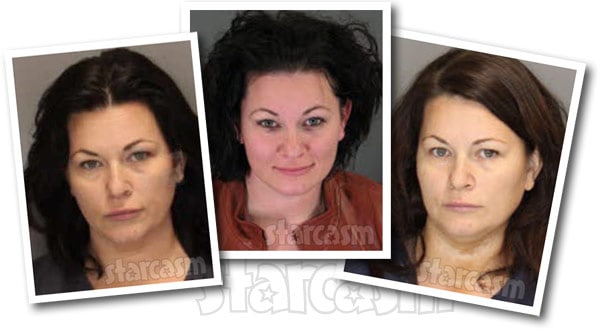 As we previously reported, 90 Day Fiance star Molly Hopkins is not stranger to the reality show cameras, as she was the co-star of the Lifetime reality series Double Divas for two seasons. But, it appears that Molly is also no stranger to another kind of camera — the police booking camera! The 42-year-old mother of two has no less than three different mug shots that can be found online, and that doesn’t even include the one from her most recent DUI arrest last year. 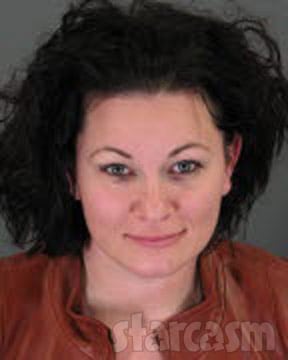 The first Molly Hopkins mug shot photo (above) stems from a January, 2008 arrest in which Molly was charged with possession of marijuana. According to online records, it was a misdemeanor charge with less than one ounce of pot involved. 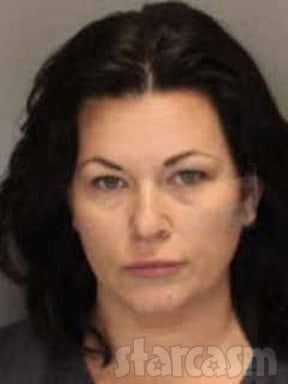 The second mug shot is from what appears to be a prior DUI arrest in May of 2012. In addition to the DUI charge, Molly was also accused of an improper lane change and speeding. 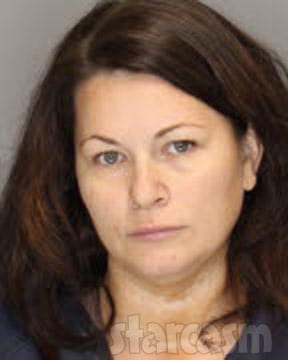 The last mug shot is from November of 2012, with very little information available about the circumstances that caused Molly to pose in front of the booking camera yet again. Online records indicate that she was arrested in a courtroom, so it may be that this was an appearance for the DUI arrest and she was sentenced and booked. That is pure speculation, however.

We do not have a mug shot photo for Molly’s most recent arrest (that I could find) in June of 2016. According to court records, Molly was pulled over for speeding on Towne Lake Pkwy in Woodstock, Georgia at roughly 2:30AM on the morning of June 17. The officer must have had cause to believe that Molly was driving under the influence because he administered a breathalyzer test. The results indicated that Molly had a .139 blood alcohol level, well above the .08 limit in Georgia.

Here is a copy of the citation, which includes the breathalyzer results: 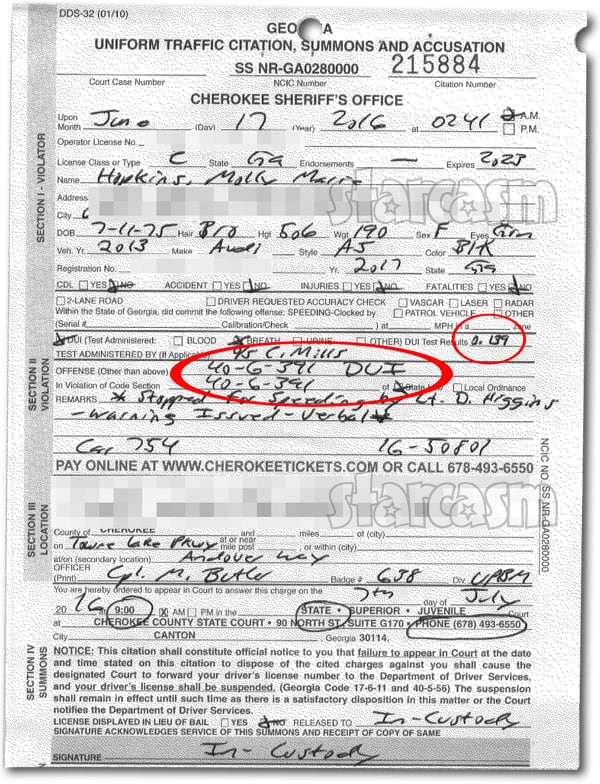 Molly pleaded guilty to the DUI and was sentenced to 72 hours in jail, two years of probation, and 240 hours of community service on January 26, 2017. In addition, Molly was ordered to pay $1511 in fines and court costs and required to attend anger management and other courses:

Because Molly had at least two DUI convictions within five years, she was ordered to surrender her vehicle tags — which she did by mid-April. If you have watched the show, you have probably noticed that Molly doesn’t drive, including the scene in which her daughter had to drive her to the airport to meet Luis. As we stated in our previous post, it appears as though Luis flew to Atlanta in May, so that all lines up.

On July 24th, an attorney for Molly submitted a motion to end her probation early. The motion didn’t provide much in the way of reasoning, merely that it was up to the court to decided whether or not to terminate the probation early, and that Molly had so far been adhering to the terms.

A judge approved Molly’s motion on August 18, but the early termination did not eliminate the special condition mandating alcohol and drug testing, which read: “You must not possess or consume any alcohol or illegal drugs nor occupy any residence or vehicle where such is present and you will be subject to random testing at your own expense.” It’s unclear if that will remain in effect for 24 months. Also unclear is how the ruling on the early termination of her probation affects Molly’s ability to drive legally. (Apparently multiple DUIs do not affect K-1 visa eligibility?)

I should mention that prior to her most recent DUI arrest, Molly had at least four other speeding tickets since 2007. Let’s all hope Luis is able to get his US driver’s license soon!