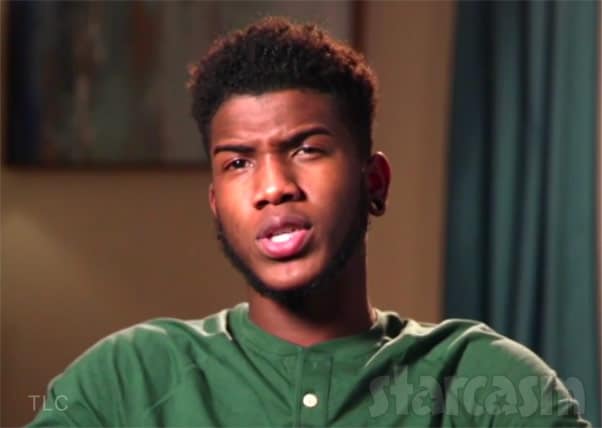 90 Day Fiance: Happily Ever After star Jay Smith (real name Conroy Smith) is currently in the custody of U.S. Immigration and Customs Enforcement (ICE) at York County Prison after he turned himself in following an alleged violation of a protective order taken out by his estranged wife, Ashley Smith.

Court records indicate Jay was taken into custody earlier today and is currently facing charges of violating the order as well as criminal contempt. Despite being arrested in Cumberland County, Jay is being held at the York County Prison, which is an ICE detainment facility.

From In Touch: “The 21-year-old Jamaica native turned himself into authorities upon learning he had a warrant out for his arrest, a source explains, stemming from an alleged violation of a PFA (Protection From Abuse) order that was placed against him by his estranged wife, Ashley Smith (née Martson), on Monday, July 1.”

Instagrammer John Yates originally broke the story by sharing a deleted message from Ashley via her Instagram story earlier today:

“Me and @ashleye_90 are heartbroken for different reasons,” John Captioned the image. “Me because my cat/ best friend is taking his last [breaths] and Ash because Jay was just arrested for breaking the PFA Ashley filed Monday and is being deported.”

Adding to Ashley’s heartbreak is the fact that the recent development has apparently forced her to cancel an upcoming appearance in Jamaica. “Due to the current situation I have to cancel my appearance in Jamaica next week,” she shared in a separate Instagram story post. “I genuinely apologize to everyone that was expecting to meet me and to @worldrunners_travel for offering me such an amazing vacation.” Ashley had just returned from a tropical cruise vacation.

If ICE is super-efficient, perhaps Jay can fill in for Ashley at the Jamaican appearance after he gets sent back home?

Prior to turning himself in, Jay posted a video to his Instagram stories that features a photo of someone’s leg and foot resting on a railing with a firework exploding in the background. The video includes a clip and lyrics from Lil Durk’s song “Turn Myself In.”

Here’s a screen cap of the video along with the lyrics included in the brief clip: 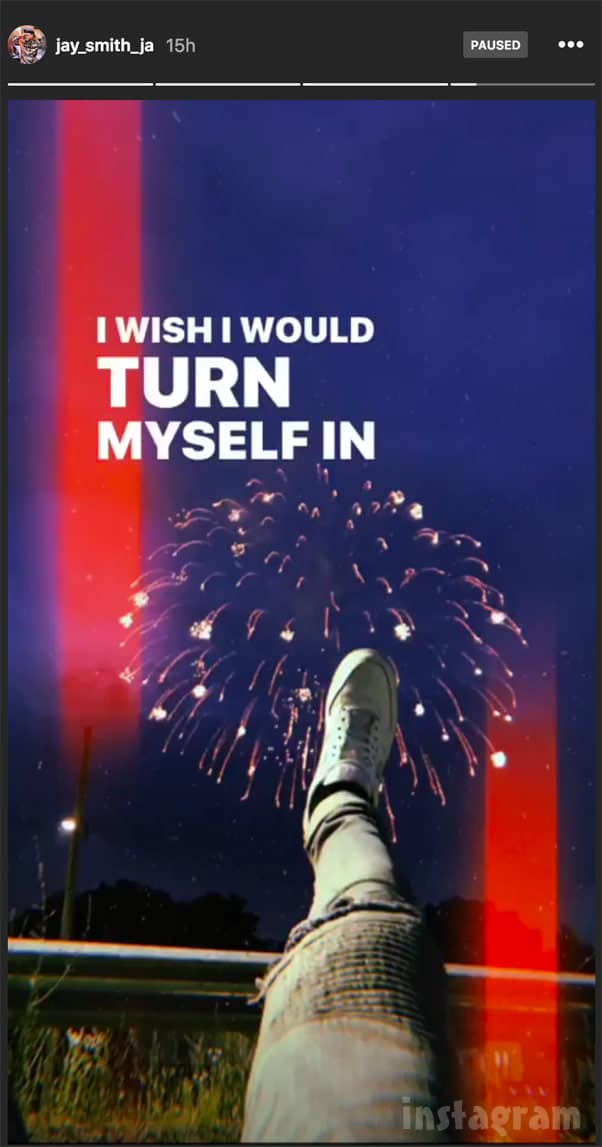 We will continue to monitor the story, so stay tuned.

UPDATE – Ashley has since shared details about her PFA, Jay’s arrest, and his immigration status in a new #linkinbio interview. Just click the link for all the latest!