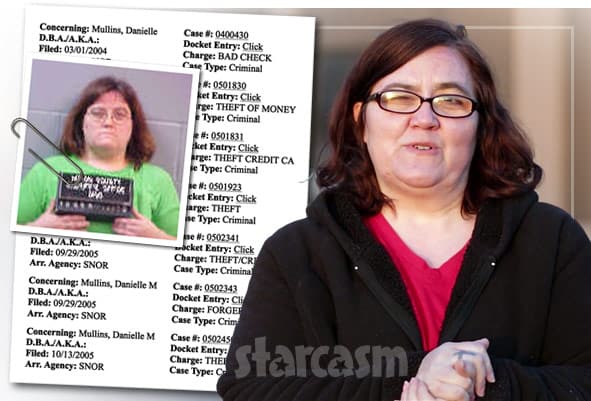 90 Day Fiance star Danielle Jbali has come under a great deal of scrutiny since her TLC debut alongside her Tunisian ex-husband Mohamed Jbali, and one of the things that keeps getting brought up are court records indicating she was arrested and charged with felony counts of theft and forgery in 2005. Danielle has responded to questions about her arrest numerous times on social media, and she insists that she was never convicted of any felonies.

As an example, Danielle revealed earlier this year that she is currently taking college classes in hopes of becoming a nurse, but someone on Twitter tagged her and pointed out that “You can’t get a nursing license with criminal past.” Danielle responded by revealing “My criminal charges don’t count because they are misdemeanors not felonies.”

We reached out to Danielle to clarify what happened, and we’ve combined her responses with online court records to come up with a timeline for you that should clarify things once and for all. (Please note that all of this happened MORE THAN TEN YEARS AGO.)

In April of 2004, Danielle was found guilty of writing a bad check. She was ordered to pay restitution of $610.00 in addition to court fees. Court records also indicate that she received two years of probation. Danielle explains what happened: “I stopped payment on a check, and when that expired, the person tried to cash it and then took me to court for passing a bad check.” 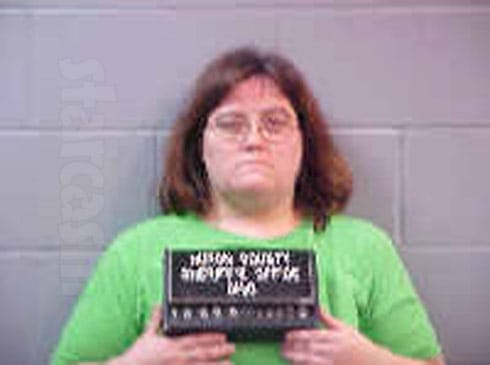 In the following year, Danielle was charged with felony theft and felony fraud. (That’s Danielle’s mug shot photo from 2005 above.) The charges were filed on August 4, and on August 11, the felony charges were dropped as Danielle was found guilty of misdemeanor theft. Danielle says of her sentence: “I was on intensive probation for two years, did counseling and paid restitution.” (Danielle did not reveal any specifics about the arrest.)

Interestingly, the court website indicates that there was a motion in April of 2016 to seal the court records from the bad check charge, but that motion was denied because “the court finds that defendant is not a first offender and is therefore not eligible for sealing of record.”

As I mentioned above, Danielle’s actions that got her into legal trouble happened more than a decade ago, and she is leaving those (and Mohamed) behind to focus on her children, her grandchildren, and her career. “People make mistakes and regret it,” Danielle admits, “but it does not mean they are a bad person.” She adds: “There are circumstances that explain why people do stuff, and it isn’t right to keeping bringing it up after so many years have passed.”

Danielle is currently enrolled in her second semester of college classes in pursuit of a nursing degree. She tells us that her current course load includes Biology, Statistics, Medical Terminology, and Psychology. Last month she posted her previous semester’s report card on Twitter, revealing an “A” in Intermediate Algebra and a “B” in Academic Writing. It’s been while since I had a math class, but I think that equates to a 3.5 GPA! 😉

Congratulations to Danielle! Say what you will about her, but she has come a loooooong way since viewers first met her way back in October of 2014. We’re hoping she continues making positive changes on her way to living up to her spin-off’s Happily Ever After title.

SPOILER Did 90 Day Fiance’s Jason and Cassia get married?