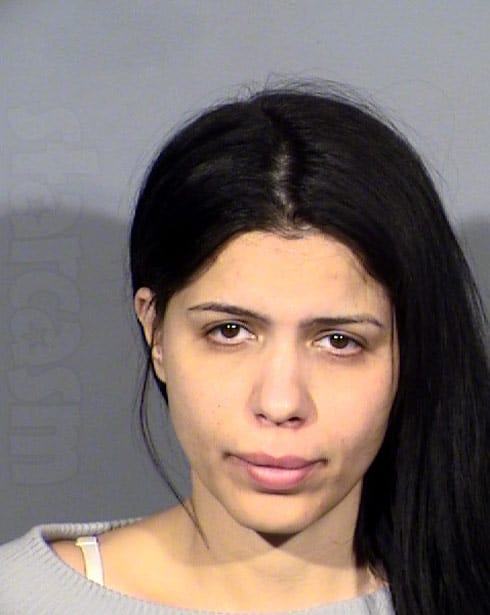 The Las Vegas Metropolitan Police Department have released the booking photo for 90 Day Fiance star Larissa Dos Santos Lima after her arrest for domestic battery on Saturday. A department spokesperson also released a statement regarding the arrest.

“On Nov. 10, 2018, at approximately 1:15 p.m., officers were dispatched to a family disturbance at a residence in Northwest Las Vegas,” LVMPD Officer Larry Hadfield says in a statement obtained by In Touch. “Two people were contacted at the home who were arguing. At the conclusion of the investigation, it was determined that Dos Santos had committed Battery Domestic Violence on her husband and transported to the Clark County Detention Center.”

Unfortunately, the statement doesn’t reveal much more information than we already knew based on Larissa and Colt’s statements after, court records, and Larissa’s string of Instagram posts prior to her arrest.

In addition to the statement, police also released Larissa’s mug shot photo (above).

Larissa has since posted her bail, which was reduced from $3,000 to $1,000, and she has returned to social media where she is not only addressing her arrest, but also recent reports that she has multiple children in Brazil. Her next scheduled court date is December 11.

If you have missed all the drama surrounding Colt and Larissa over the last few days, here are some links that should get you all caught up:

Colt and Larissa fight: a full recap and timeline of her posts and updates

Larissa arrested for domestic battery after fight with Colt

Larissa updates after arrest: ‘nobody was scratched or hurt’

Larissa confirms she has children in Brazil

UPDATE – Larissa just posted a thank you for help with her bail to…Jesse Meester?!

Wait, did @JesseMeester bail Larissa out of jail?! Might be a great new career opportunity! #MeesterBailBonds #90DayFiance pic.twitter.com/X5ZThlNbiP