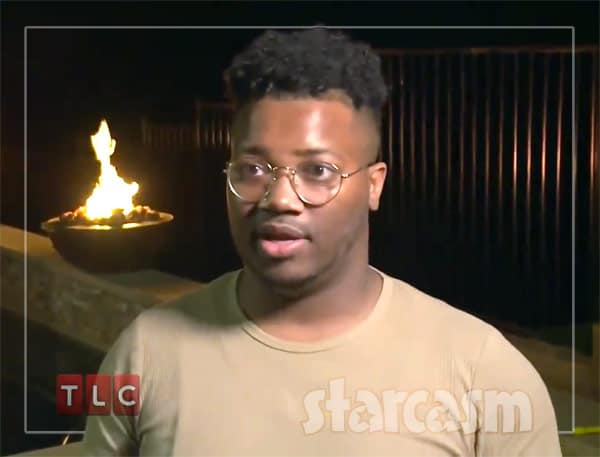 This season of 90 Day Fiance has had its fair share of break-out supporting characters, with none bigger than Antonio Ticer — the outspoken brother of Chris Thieneman’s wife Nikki. In case you needed a refresher, “Brother Nikki” made his big splash when he confronted Annie about her future husband, David Toborowsky, and things got a little bit out of hand. At one point Antonio inspired a thousand memes when he angrily referred to David as “you f**king Ninja Turtle penguin Batman a** b!tch!”

Antonio’s criticisms of David included the hubby-to-be’s issues with drinking, as well as David’s financial woes, which have resulted in Chris Thieneman essentially becoming David’s sugar brother. But it seems the high horse that Antonio rode in on could have been just sass and a broomstick because he may have drinking and financial issues of his own!

According to online court records, Antonio A Ticer (24 years old at the time) was arrested in Illinois in February and charged with a DUI! The records indicate that the charge of Driving Under the Influence of Alcohol was later dropped by the prosecution, and Antonio pleaded guilty to a lesser charge of Driving Under the Influence With a BAC Under .08%.

In addition to his DUI, Antonio A Ticer was named in a lawsuit filed by a debt collection agency in July for roughly $8,000. Due to my limited legal background I am unable to determine what the result of the case was, but according to the court dockets, there was an “Order money judgment for plaintiff, filed Amt $7909.44” earlier this month on the same day the case was changed to “terminated.” 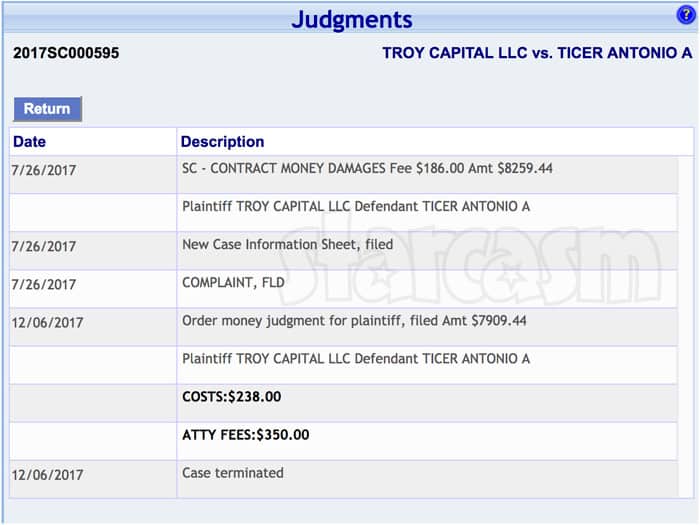 Hmmm… Perhaps Antonio needs a patron-in-law to have a sass session with him about drinking and money probz! I wonder if David has any siblings that could handle the task? Perhaps that could be a scene in the next season of 90 Day Fiance: Happily Ever After? (ESPECIALLY if Chris helped pay ANY of Antonio’s legal expenses!)

Unfortunately, I was unable to find an Antonio Ticer mug shot photo. I will continue to search, but the chances are looking slim.

* H/T to a researcher in the 90 Day Fiance TV Series Facebook fan group who first ran across Antonio’s legal issues.