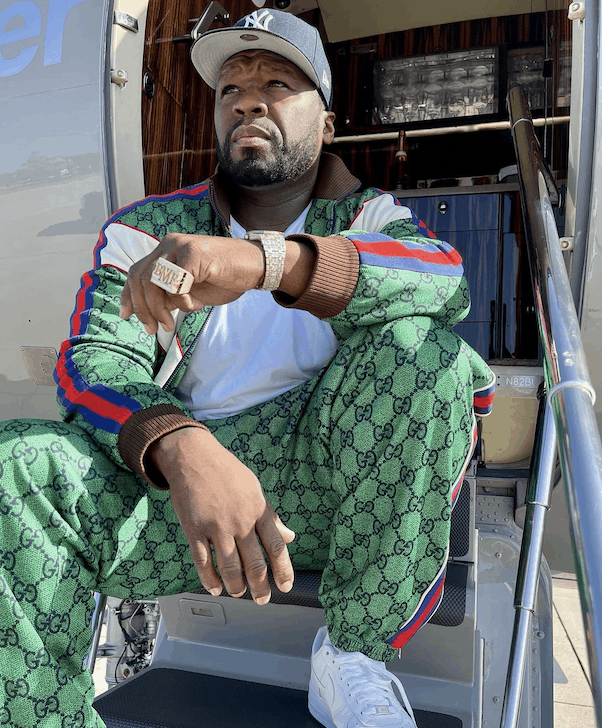 Curtis Jackson marked a solemn September 11th with some weirdly insensitive social media messages. But 50 Cent’s 9/11 post didn’t mock the 20th anniversary of the event as much as it completely ignored America’s collective trauma in favor of ads for his liquor brands.

It seems like most of the time when 50 Cent is in headlines, it’s for feuding with assorted celebrities. Not too long ago he was wrapping up his beef with Vanderpump Rules‘ LaLa Kent; shortly before that, he was firing social media shots at Love & Hip Hop Hollywood star Teairra Mari.

(And although Teairra did lose her court battle with 50 over her leaked sex tape, she did kind of get the better of him with a post-and-delete of a Photoshopped 50 in a salad-tossing position with another man.)

All of which is to say that this particular 50 Cent controversy is actually kind of a change of pace? But not in a good way. As yesterday was a significant 9/11 anniversary, all manner of celebrities and public figures took to social media to pay tribute to the dead and honor the first responders who lost their lives. Curtis got in the game, too — but 50 Cent’s 9/11 post also contained a couple of hashtags that we’ll just call unnecessary: 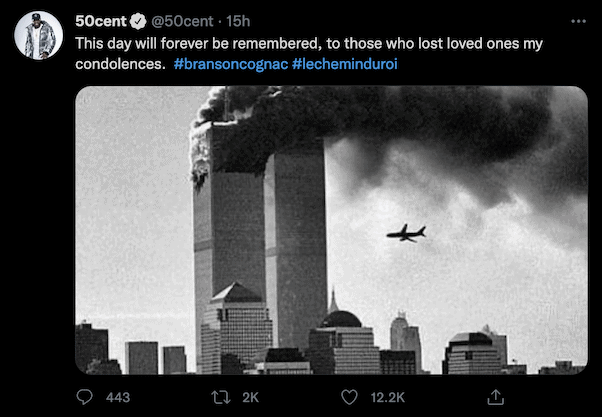 In case you don’t keep up with such things, Branson is 50 Cent’s cognac brand. Le Chemin Du Roi is his champagne line. And I can almost respect his decision to just add the hashtags at the end of a 9/11 post without any attempt at drawing a connection between the tragedy and alcohol. “9/11 was a real Debbie downer, but today doesn’t have to be — reach for a cool, refreshing glass of Branson cognac to toast the memories of those we lost!”

But I can’t actually do that. Because this is just thoughtless. Like he has the hashtags queued up for the end of every post (though they don’t actually appear on *every* 50 Cent post), and his social media manager just forgot to take them off on 9/11. They also appeared on 50’s identical Instagram post: 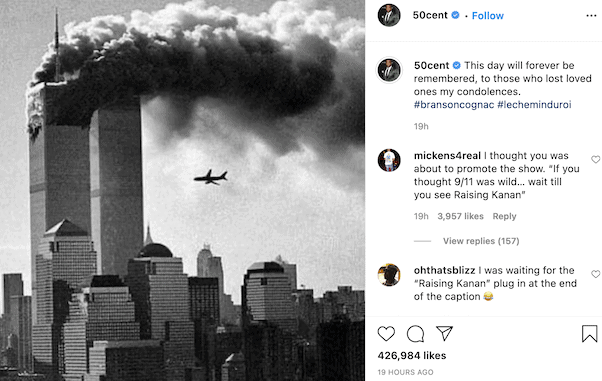 As well as on the Twitter post 50 shared an hour later about going to the Holyfield–Belford fight: 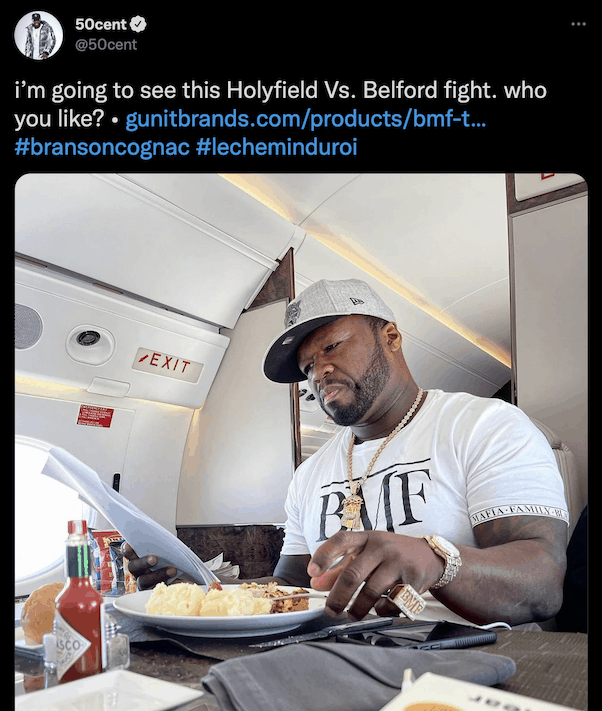 Naturally, 50’s fans and followers noticed such a strange oversight, and clowned him for it: 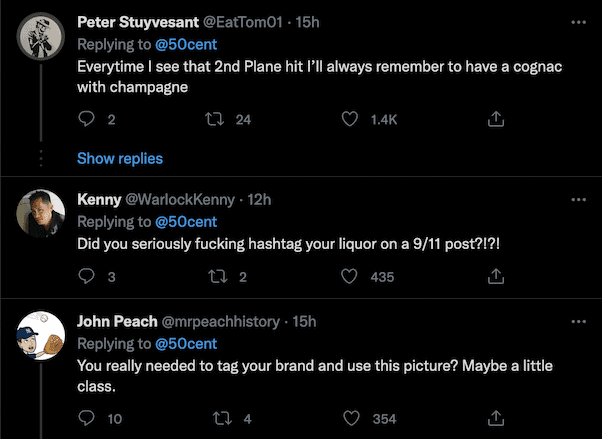 And one astute observer pointed out that the hashtag #lecheminduroi — the phrase translates to “The king’s way” — is more often associated with Neymar: 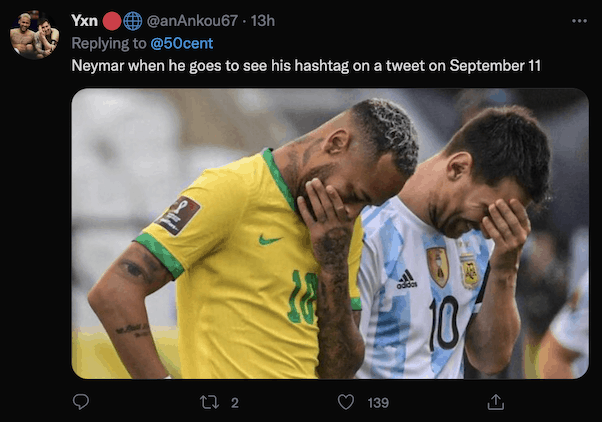 Neymar, for what it’s worth, only posted one thing on 9/11 an adorable video of a little kid dancing and then celebrating a goal. He included no hashtags. #NeverRemember