Teairra Mari's reaction to the news of her sex tape leak has Love & Hip Hop Hollywood fans wondering whether she may have had a hand in the footage getting out. And several former members of the cast are calling BS on the whole storyline...but did Teairra leak her own sex tape? Or is she just an unconvincing actress?
Read More... 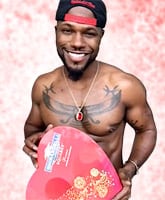 Love & Hip Hop Hollywood star Milan Christopher was handed a bushel of lemons in the form of former boyfriend Miles Brock, but now the rapper/model/reality star is looking to turn those lemons into lemonade with his own "looking for love" spin-off reality series!
Read More...
We use cookies to ensure that we give you the best experience on our website. If you continue to use this site we will assume that you are happy with it.OkNoPrivacy policy