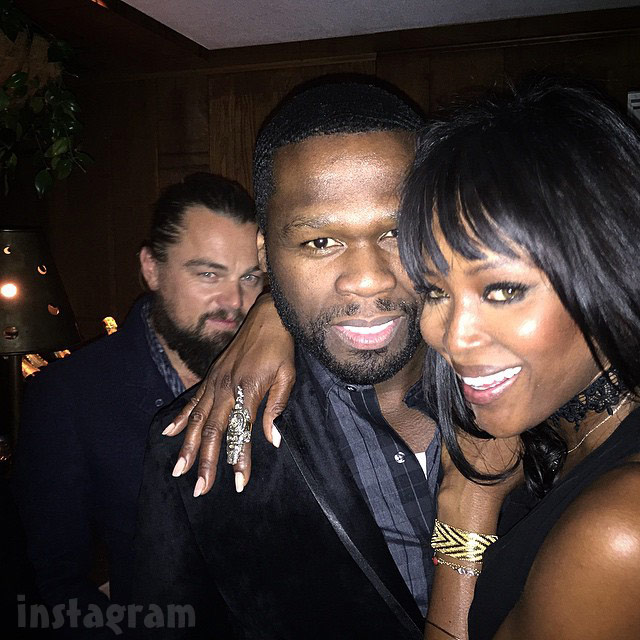 It’s Golden Globes weekend and those A-list Hollywood parties are hoppin’! Rapper 50 Cent showed he’s got some serious hob nob game with a slew of instagram photos with a who’s who of Hollywood ranging from Scarlett Johansson to Naomi Campbell. Actually, there were so many big names that his photo with Naomi was upstaged by what is the early contender for Best Celebrity Photobomb of 2015!

50 Cent shared the Leonardo DiCapriotobomg picture above in which he could be seen getting cozy with Naomi Campbell in the foreground as the Wolf of Wall Street menacingly lurked over his right shoulder. “I get photo bombed by the hottest people in the world,” 50 Cent accurately captioned the picture. “You should try living with out limits.”

And Leo wasn’t the only one getting in on the 50 Cent photobomb game. Check out this picture of Fitty with Cedric the Entertainer in which you can see another big name feller getting in on the background action: 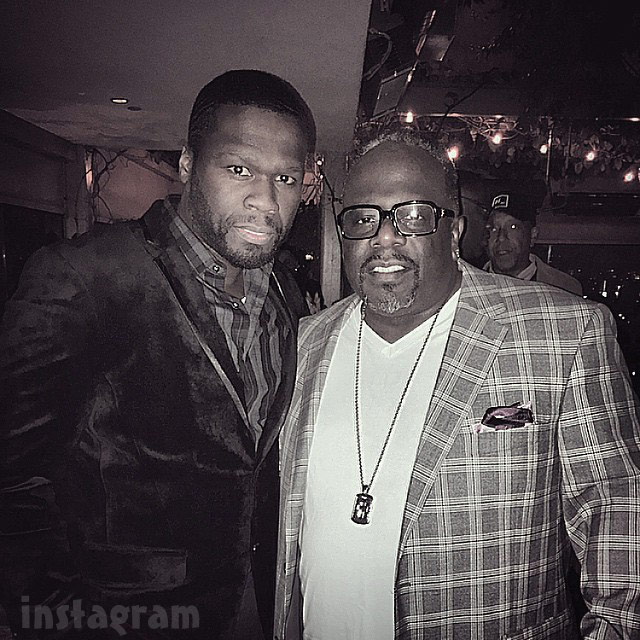 “Me and Cedric the entertainer, we do it BIG!!!” Fitty wrote. “Oh sh!t Russell Simmons photo bomb lol”

And don’t think for a second that the only way Fitty could get a picture with superstars like Leo was via photobomb! He spent some time with them in the foreground as well:

I was just talking to this guy might know him. He don't bullshit when it comes to movies. LEO #SMSAUDIO #FRIGO #POWERTV #EFFENVODKA

And here are a couple more photos of 50 Cent living without limits at the shindig:

Ya boy and Scarlett johanson stay tuned. For more life with out limitations. #SMSAUDIO #FRIGO #POWERTV

Quote me: if your always the hottest person in the room. Your just always in the wrong rooms, LMAO Danny Devito.#SMSAUDIO #FRIGO #POWERTV