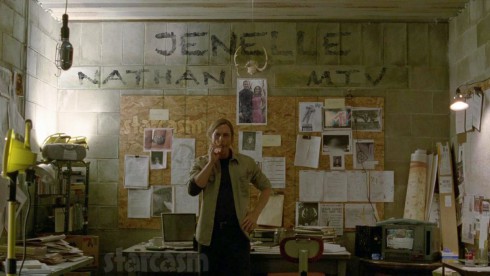 Teen Mom 2 couple Jenelle Evans and Nathan Griffith are currently on a Caribbean vacation during which Nathan made headlines when he proposed to Jenelle with a rather sizable diamond ring. Meanwhile, back here on the mainland, Jenelle truthers have been emphatically insisting that the tropical vacay and proposal (and even the ring) may have actually been paid for by MTV, and not Nathan, as Jenelle has stated. It appears as though we can chalk up a small victory for the Jenelle truthers as their diligent efforts have revealed that MTV did in fact pay for the couple’s hotel rooms on the trip.

The story broke late last night when a friend of Jenelle’s named Candy, who is on the trip with them along with her husband Patrick, commented on an instagram photo of herself and Jenelle. Here’s the photo followed by her comment in response to numerous people asking about who paid for what on the trip:

This chick got engaged tonight!!!!! Glad to be apart of such a special moment 🙂 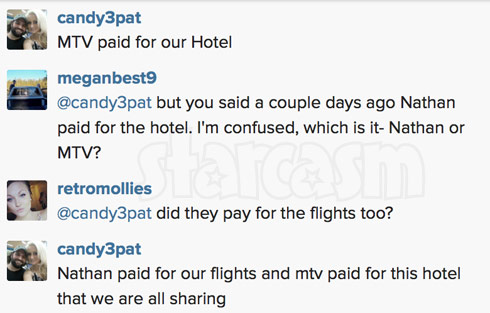 And Candy clarified who paid for the plane tickets:

After all this, Nathan himself took to Twitter and stated that MTV did in fact pay for their rooms:

I don't know what's going on but yea mtv paid for the room as compensation. I'm getting sick of all this drama. I'm in St. Thomas

So as the Jenelle truthers are dancing in the streets back home, what is Jenelle’s response to the whole Proposalgate scandal?

These haters can't stand me. Especially they can't get over the fact I'm here. Digging for answers how much we spend/spent. Psychos …

Keep hating, I'll be tanning while ur sitting on a computer researching my life