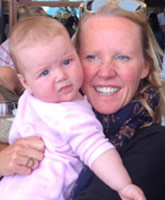 Billionaire British heiress Alice Bamford posed for a photo with her baby at Hollywood's famous Nobu Japanese restaurant on Sunday, but Alice and little Lilou were upstaged by one of the most famous families on the planet! Keep reading to find out who the family is and why they aren't the wealthiest peeps in the pic.
Read More... 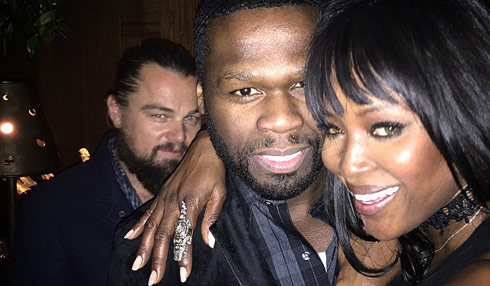 It's Golden Globes weekend and those A-list Hollywood parties are hoppin'! Rapper 50 Cent showed he's got some serious hob nob game with a slew of instagram photos with a who's who of Hollywood ranging from Scarlett Johannson to Naomi Campbell. Actually, there were so many big names that his photo with Naomi was upstaged by what is the early contender for Best Celebrity Photobomb of 2015! Keep reading to see the epic Leonardo DiCapriotobomb as well as more photos of 50 Cent "living with out limits" at the party, including yet another celebrity photobomb.
Read More...
The Stonester caught a woman trying to sneak a picture of she and Andrew Garfield. Instead of getting offended, the couple got hilarious.
Read More...
Read More...
Read More... 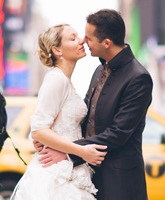