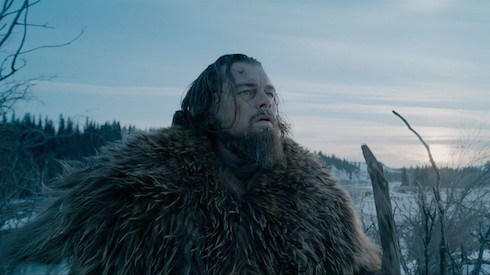 The rumors began when The Drudge Report ran a story about DiCaprio’s upcoming movie The Revenant. The film is–broadly speaking–about one man’s struggle for survival and revenge during a fierce Rocky Mountain winter in the 1870s. It promises to be brutal. Which is what Drudge was going for with its piece:

The explicit moment from Oscar winning director Alejandro Iñarritu has caused maximum controversy in early screenings. Some in the audience escaped to the exits when the Wolf of Wall Street met the Grizzly of Yellowstone. The story of rural survivalism and revenge reaches new violent levels for a mainstream film. The bear flips Leo over and thrusts and thrusts during the explicit mauling. “He is raped–twice!”

(The concluding quote was unattributed in the original article.)

So–are the rumors true? Is there a Leonardo DiCaprio bear rape in The Revenant? Not according to the studio behind the film, which denied any such thing in an official statement for Entertainment Weekly. A Fox spokesperson told the publication “As anyone who has seen the movie can attest, the bear in the film is a female who attacks Hugh Glass because she feels he might be threatening her cubs. There is clearly no rape scene with a bear.”

Reports that co-star and Revenant villain Tom Hardy comes on to the same bear in a separate scene could not be confirmed.

In case you haven’t seen it yet, here’s the trailer for The Revenant:

And, just for good measure, here’s a sampling of Twitter’s reactions to the Leonardo DiCaprio bear rape rumors:

So happy that someone got Fox to issue a statement with the sentence: “There is clearly no rape scene with a bear.” https://t.co/DD2rU1SeI5

“Sometimes you rape the bear, and sometimes the bear, well, he rapes you.” #LeonardoDiCaprio #TheRevenant ? pic.twitter.com/cxBHUB7YC9

At this point, if your movie doesn’t include bear rape, I’m not interested. https://t.co/R2o6E6S8DK

What in the hell. https://t.co/ieAN7iNxGP

The real takeaway here is that apparently people still read the Drudge Report, for some reason: https://t.co/o9TcjYBLGJ

The Revenant opens in limited release on Christmas Day, and in wide release on January 8th.