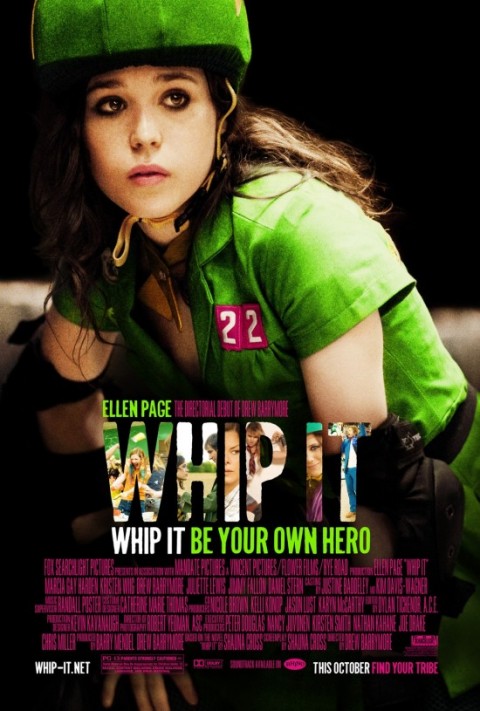 Whip It is a movie directed by Drew Barrymore and starring Ellen Page that chronicles a young girl’s journey to become her own hero via roller derby. Drew’s been promoting the heck out of it by making out with Ellen in Marie Claire, and showing up at the premiere in wearing a dress that puts Georgia O’Keefe to shame.

The best part of the movie’s site is the game where you can randomly generate derby names. Some of the ones I got: Dirty Anna Dread, Madame Brawly Crush, and Bloody Trash. Bloody Trash is my favorite.

Drew Barrymore has called the soundtrack to Whip It her mixtape to us. Aww. I like mixtapes, so I checked out what she put on it. Not bad. My alter ego Bloody Trash would listen to it while she kicked a couple of girls in the kidneys. I’d have to listen to the whole thing, but right now my favorite tracks are tracks 8 & 9. Peaches followed by Dolly Parton, that’s too awesome for words. Somebody pass the estrogen, Bloody Trash is about to slam some punks against the wall. 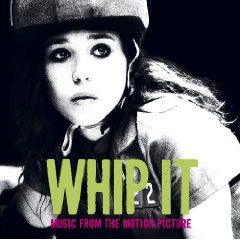 Does that track list entice you? Pre-order your CD or vinyl copy at Amazon.com.